12 places to see the holiday lights 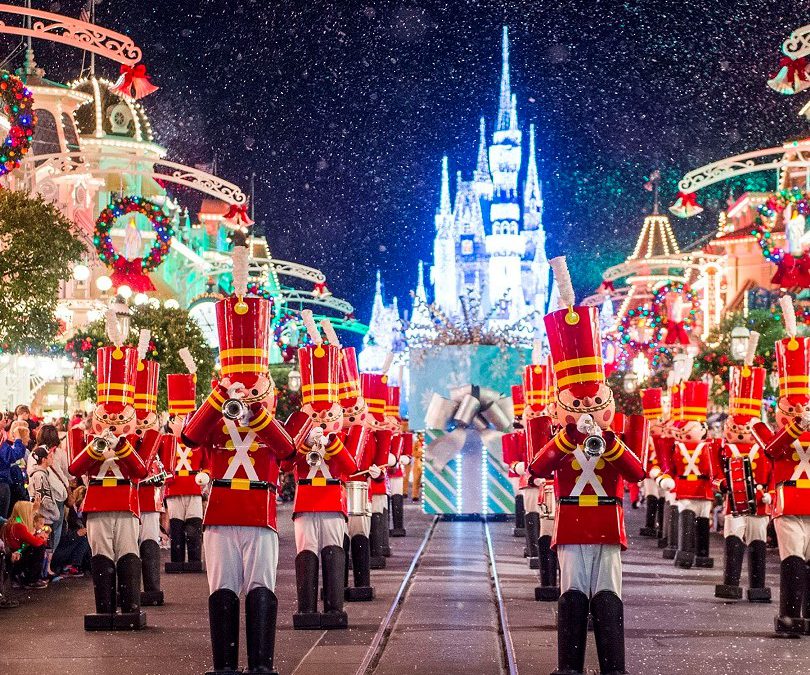 You may barely be recovered from Thanksgiving but the entire country — the entire world — is ready for Christmas — from the wonderful holiday markets in Europe to Orlando where holiday festivities at all of the theme parks and in the city have been going on since early November. No wonder Orlando, according to AAA, was the top Thanksgiving destination for those traveling over the holiday weekend.

Cities, towns and hotels, just like many families, are getting themselves holiday-ready earlier and earlier, kicking of the season with holiday tree lightings starting Thanksgiving weekend. (Check out our annual Taking the Kids Guide to Holiday Lights around the country to find a display near you.) 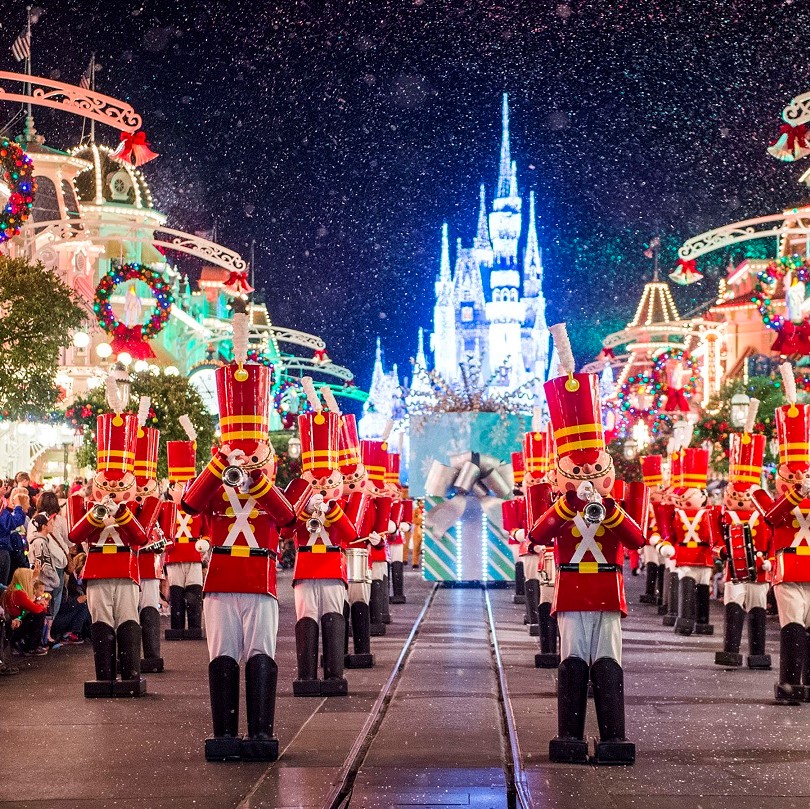 Mickey’s Once Upon a Christmastime Parade

Perhaps it is a holiday tradition to join in the festivities near home. Perhaps you want to make it a before-Christmas getaway to celebrate and gawk at the ever-larger displays. Here are 10 ideas offering just a small sample of how to see the lights:

At a botanical park

San Diego’s Botanic Garden not only has a 125,000-light Garden of Lights but also plenty of holiday fun — even sledding.

At the theme park capital of the world

Orlando, Florida. At SeaWorld’s Christmas Celebration, you will be able to meet Rudolph the Red-Nosed Reindeer and see ice skaters twirl on a frozen lake. Members can get reserved seats for the shows for an additional fee. Visit the Wizarding World of Harry Potter dressed up for the holidays, and watch Dr. Seuss’ lovable Grinchmas steal the show at Universal Studios (Nov. 17 through Jan. 6). Also, be sure to catch a Christmas Bricktacular at LEGOLAND Florida, featuring a huge LEGO Christmas tree (Dec. 16 to 17 and Dec. 23 to 25). Disney World will host Mickey’s Very Merry Christmas Party.

Chicago, Illinois. The Museum of Science and Industry will celebrate Christmas Around the World and Holidays of Light will feature more than 50 trees decorated to represent various cultures and holiday traditions.

New York City. The American Museum of Natural History’s Origami tree has been a holiday tradition for more than 40 years. This year’s theme is “Oceans of Origami” and will showcase tiny models inspired by the special exhibition “Unseen Oceans” with more than 800 hand-folded paper models.

The Cheyenne Mountain Zoo in Colorado Springs will shine with over 1 million holiday lights and 85 light sculptures, making the Electric Safari very festive. 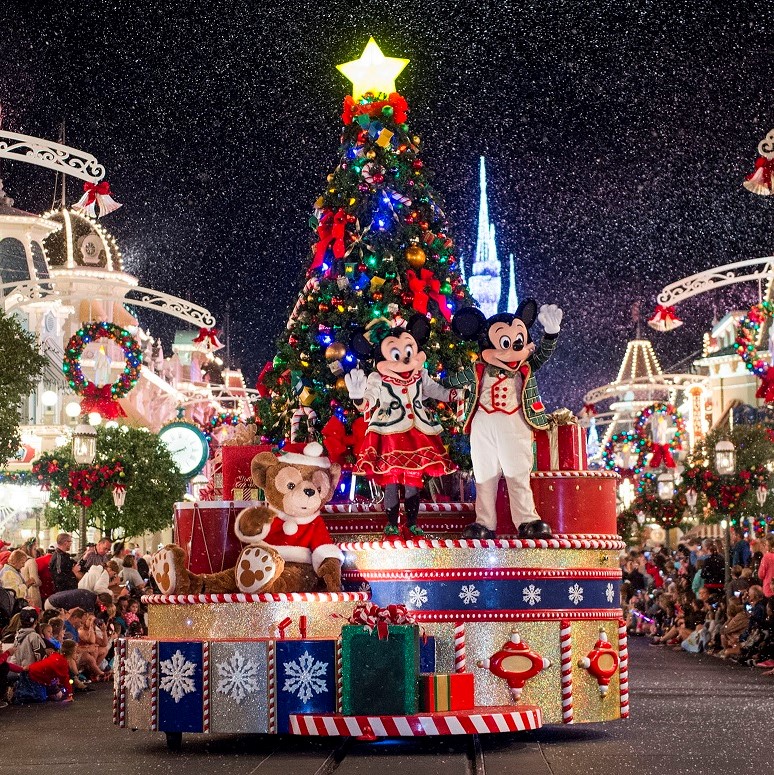 Syracuse, N.Y. Lights on the Lake is celebrating its 29th year with a two-mile-long drive-through show, featuring spectacular holiday displays, complete with a twinkling Fantasy Forest.

The Christmas capital of Texas

Grapevine, Texas, between Dallas and Fort Worth, is dubbed the Christmas Capital of Texas because it has millions of twinkling lights and more than 1,400 events in more than 40 days. Step into SNOWLAND nearby at the Great Wolf Lodge or ICE! At the Gaylord Texan.

At a historic site

Indianapolis, Indiana. Check out the Soldiers and Sailors Monument with about 4,784 lights. Admission to this annual Circle of Lights, event is free. Travelocity named the Circle of Lights one of the top five “must-see Christmas trees” in the nation, and don’t pass up all the holiday fun at The Children’s Museum Indianapolis, the largest children’s museum in the nation.

Richmond, Virginia, produces the Tacky Light Tour every winter. It is a local tradition taking place on selected dates between Thanksgiving and New Year’s Eve and features festive light displays, lawn decorations and animated scenery. And from Richmond to Virginia Beach, there are 100 miles of lights — and holiday events.

In Seattle, Washington, the The Argosy Christmas Ship Festival is a ship-to-shore holiday celebration that has been a Northwest tradition since 1949. They decorate the ship with hundreds of shimmery white lights and it will sail to different Puget Sound waterfront communities throughout December 2018.

View more than 1.5 million lights on the largest on-the-water holiday light display in the United States on the Coeur d’Alene Resort Journey to the North Pole Cruise.

Experience a special holiday program each day in December in Colonial Williamsburg and see how the holidays would have been celebrated in the 18th century with musical performances, a ball and authentic foods, as they would have been prepared. Christmastide in Virginia at Jamestown Settlement and American Revolution Museum at Yorktown offers a glimpse of 17th- and 18th-century holiday traditions from Dec. 20 through 31.

In Springfield, Massachusetts, the three-mile Bright Nights festival at Forest Park is, according to People magazine, “One of the Top Ten Holiday Happenings in America.”

In St. Paul, Minnesota, Holiday Lights in the Park will run nightly, Nov. 24 through Jan. 1, 2019 at Saint Paul’s Phalen Park. Cruise through the park gawking at more than 60 huge holiday light sculptures and animated displays.