A Backroads bike tour combined with a Danube cruise 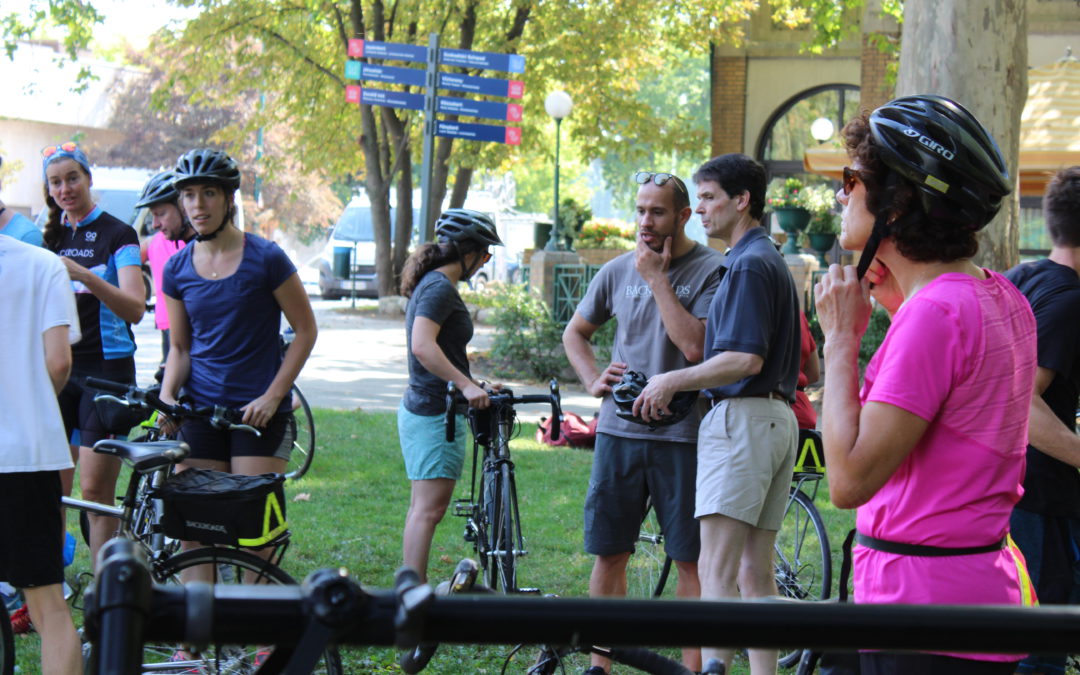 We’re zipping along on bikes along the Danube in Budapest and the request, though a joke, wouldn’t have been a bad idea given the heat.

It didn’t come from a child, but rather a dad, showing how much he appreciated that on this Backroads trip, he could take a back seat and let our able guides Martina Quintana Madehim, who is half German and half Spanish, and Evan Thompson, an American, from Buffalo, NY take charges.

Backroads, of course, is the well-known company that specializes in active vacations in the United States and around the world—including for families. This trip is different for a couple of reasons. First, it is a “Breakaway” trip designed for families with older kids and younger Millennials, though there are couples who are part of the 30-person group without kids along. Second, rather than switching hotels every night or two, we are staying aboard the luxe year-old AmaWaterways AmaStella.

We also have the option to join the other passengers (roughly 150 onboard) on excursions that range from easy bike rides to city tours to hikes up to castles.

“I love Backroads,” said Matt Bronfman, on board with his wife and three kids aged 18, 16 and 14. This is the family’s fourth Backroads trip in the last seven years, he said, the best part being he doesn’t have to worry or stress about the logistics—getting from place to place, the bags, the meals. “This way he can just relax,” said his son Matt, 16.

Another plus on this trip—his in-laws—his father in law a Holocaust survivor and retired Rabbi—can join them on the ship without needing to bike every day. Why this trip? With families on both sides from Eastern Europe, they were eager to experience an itinerary that started in Budapest and will end with the chance to spend a few days in Prague.

We meet this morning at 9 a.m. and, after a safety talk and making sure Backroads’ state of the art bikes are fitted to each of us (including those who have opted for electric bikes), we are off, along with a local Budapest guide who fills us in on a little history on stops along the way. We stop for lunch at a restaurant near the famous Central Market which we peruse—sausages, fruits, veggies and, of course, paprika. Then it’s back on  our bikes  across some of Budapest’s bridges, past other cyclists, strollers and trams (gotta love the bike lanes!) along the Danube to our home away from home for the week.

Our luggage is waiting in our cabin. “I’m so impressed!” another passenger tells me as I take off my bike helmet.

Me too! Especially that I didn’t fall off my bike today!