A mixture of Bedouin tradition and modern: Dubai 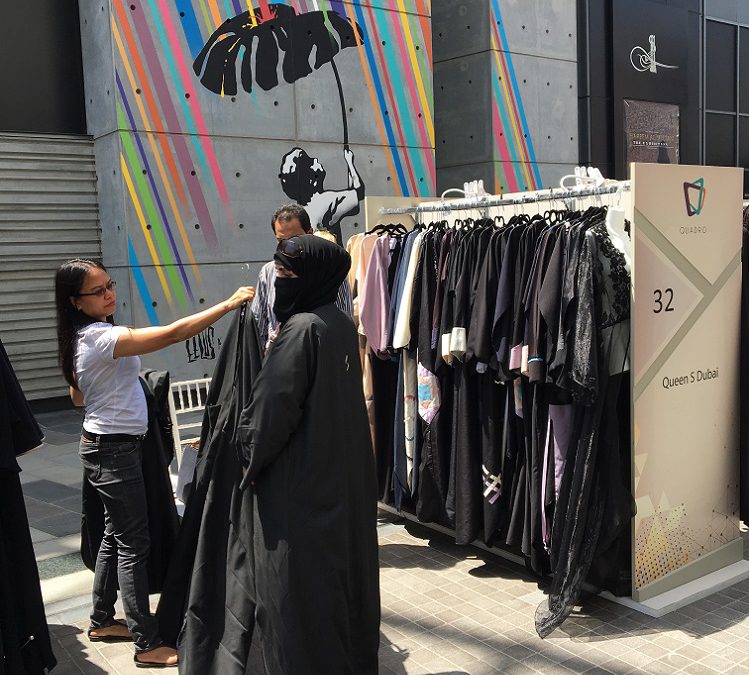 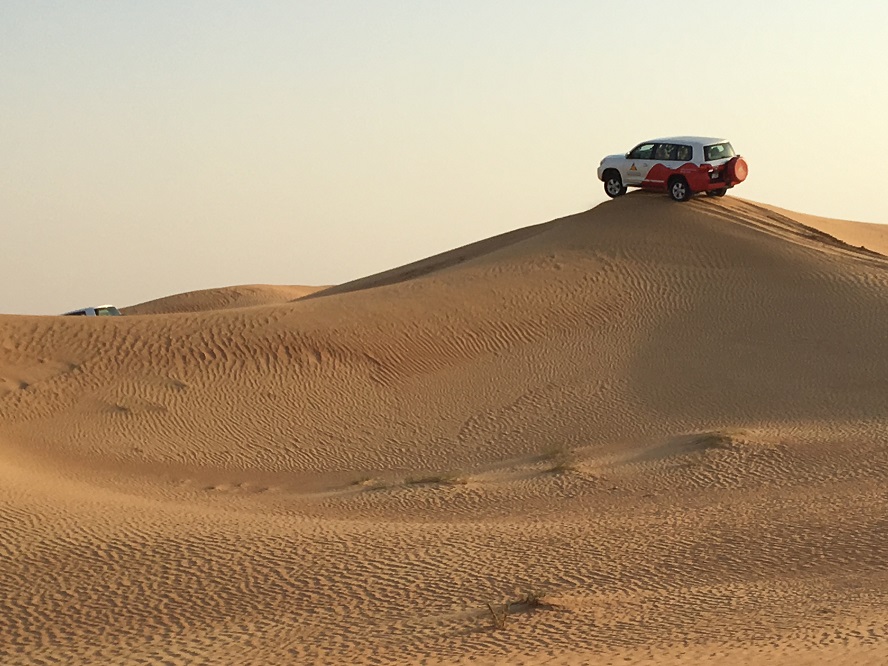 DUBAI, United Arab Emirates — I’m on in intense roller coaster. Except there’s no track. Except we’re not in a theme park.

We’re in the middle of the Arabian Desert at a 225-square kilometer Desert Conservation Reserve about an hour southeast of Dubai, riding in a four wheel drive SUV up and down 60-meter high sand dunes. Gulp!

I’m glad I’m not driving as we swerve over and around the dunes. Did I mention we’re in a convoy of 75 cars? That 385 people are here? There’s a traffic jam in the desert when we stop to watch the gorgeous sunset.  There is a falcon show, artists offering hennaed tattoos, camel rides, sand-boarding down the dunes, belly dancing, hookah smoking and a traditional barbeque dinner with fresh baked pita, hummus, lamb and chicken kabobs. It’s kitschy, but fun . 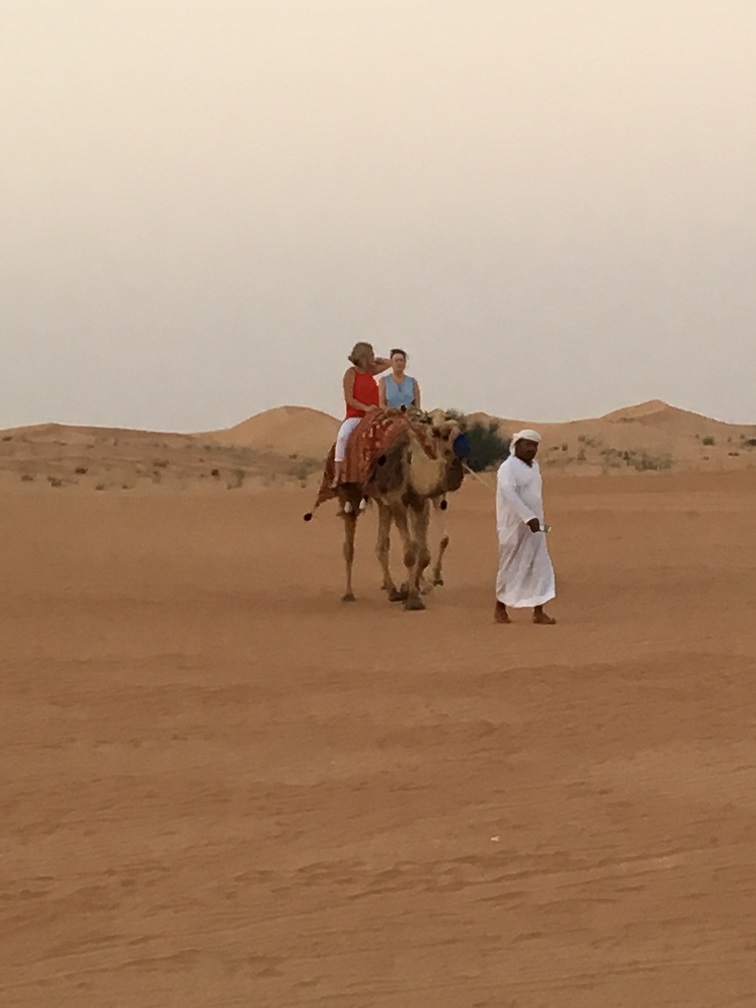 Dubai is such a mixture of the old from the Bedouin tradition and the new—the tallest building in the world–The Burj Khalifa–and the biggest indoor theme park in the world (needed in this climate!)–1.5 million square feet at IMG Worlds complete with haunted house, coaster, animatronic dinos and plenty of Cartoon Networks and Marvel experiences. You’ll see ice cream stands everywhere and familiar brands like McDonald’s. There is construction everywhere as this desert city grows fast with 80 percent of the population expats from around the world.

But everywhere you go there are men and particularly women in traditional dress, many with just their eyes uncovered. At City Walk, the chic shopping complex with every variety of designer and global brand, women’s black abayas are displayed in kiosks in the courtyard the way jewelry or mobile phones might be in a U.S. mall.

So here we are in the desert, thanks to Arabian Adventures Desert Safari, a company owned by Dubai-based Emirates Airlines–trying to get a taste of the traditional Bedouin life along with 385 other tourists. Our guide, Shahid, who is from Pakistan but whose kids live in Brooklyn, explains most Dubai tourists opt for one of these experiences (roughly $100 a person) with a select few choosing to spend the night in tents in the desert and to watch the sunset sitting on a camel from a remote locale.

The Bedouins are the ethnic group who historically were nomads and inhabited the Arabian and Syrian deserts, traditionally divided into tribes and sharing the job of herding camels and goats. Today, many live in cities but retain the traditional music, poetry, dances and other cultural practices.  Locals, I’m told, like to camp in the desert much as we would in a state or national park. 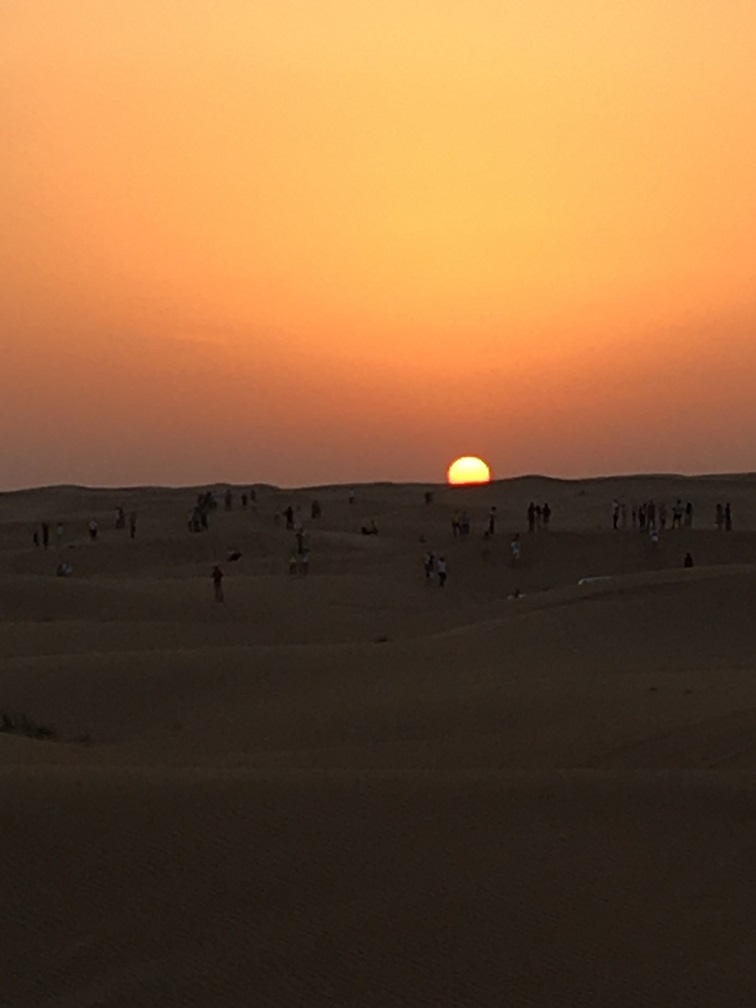 Truth be told, I’m glad when our roller coaster ride up and down and through the dunes ends in time for us to see one of the most spectacular sunsets ever. It doesn’t seem to matter that there are 385 people as they are scattered around the dunes each taking in the scene in their own way, including of course plenty of pictures of them jumping and sliding up and down the dunes—including me!

Another piece of pita, please.