A TOUR OF PARK CITY MOUNTAIN 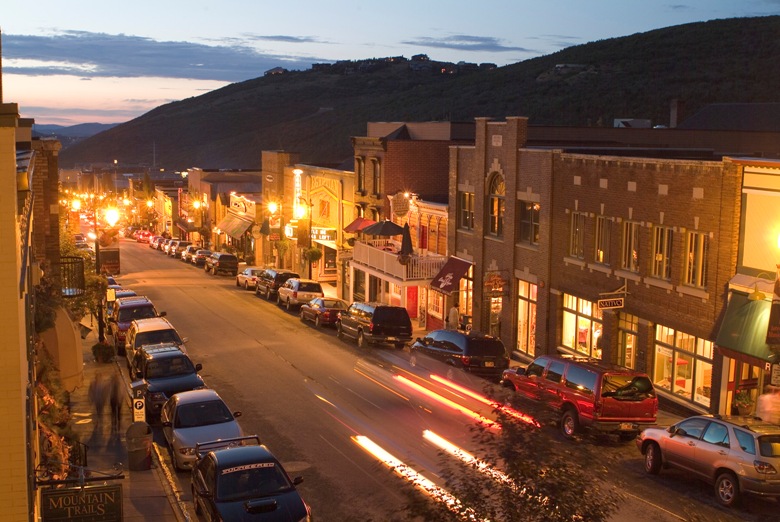 DAY TWO — It’s the last weekend in March and we’re knee-deep in fresh powder. Park City Mountain Resort got something like 18 fresh inches of snow in recent days and another storm is coming tonight. I’m here because my daughter Mel is competing in the Queen’s Cup, a girls’ ski competition.

I’m glad for the chance to check out Park City again — it doesn’t hurt that it’s a perfect blue ski day and the slopes are perfectly groomed (except from where we duck into the powder, of course).
We’re staying slope side at Snowflower Condominiums (www.snowflowerparkcity.com) , a good bet for families because of the location. I look out the window at the mountains — the lifts are right here and the base village is a quick walk. (Come in summer and rates are less than half in winter too!)

I love all the mining history. Underneath the snow are 1200 tunnels that once were the property of 70 mines, mostly silver. At one point, miners camped slope side. The first discovery was in 1868 and the mining boom, I’m told lasted until after the stock market crashed in 1929.

We ski by an old miner’s boarding house that was moved up the mountain and turned into a restaurant. We see the remains of an old mine shaft. There are plaques in front in case you are interest in the history.

Each of Park City’s three resorts (www.parkcityinfo.com) has a distinct personality and offers different experiences within a few miles of one another (Deer Valley is just a mile from Park City; The Canyons just three miles farther). Deer Valley, of course is known for its service, groomed slopes and terrific food. But no snowboarders allowed! The Canyons — the biggest of the three ski areas –appeals to budget-minded families and local kids for its terrain features and concerts. Park city, I’m discovering, offers something for everyone — including snowboarders, with two half pipes and five terrain parks. There are 3300 acres to ski here — including a green run (home run) from the very top — to the famous Jupiter and Puma Bowls where you hike up in order to ski down steep, steep chutes. The mountain boasts 7 peaks and 75 runs and eight bowls. But the best part is there seems to be something here for everyone whether they want steeps and deeps, world-class terrain parks or groomers that enable you to cruise down the mountain taking in the postcard-picture mountain vistas all around you.

Mountain Host Steve Williams, who is a Fed Ex sales rep, says his family loves Park City Mountain Resort because of the varied terrain. I don’t think any family, no matter what their skiing ability ,would get bored here.

I also like that the ski school has pledged to limit the numbers to five kids per instructor (less for the youngest). That makes a big difference in a child’s learning curve and comfort, I think, especially when they are new to snow sports and this big mountain!