A TREK TO THE THREE TOWERS 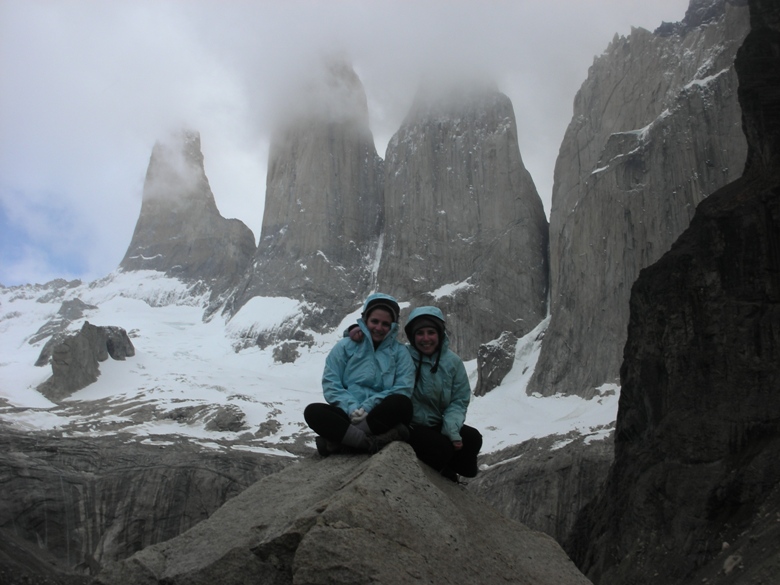 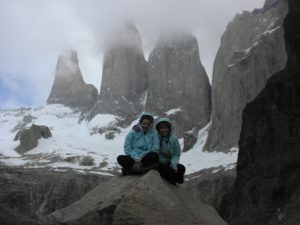 By Dan Foldes and Reggie Yemma

The most challenging hike offered at Remota Hotel (www.remota.cl), near Puerto Natales, Chile, is the journey to the base of the Torres Del Paine.

The crown jewels of Chilean Patagonia, these towering granite spikes that jut out of the mostly sandstone Paine Massif are the most popular site in the greater Parque Nacional for hikers, backpackers, horse riders and world-class rock climbers alike.

Our early-morning departure from Remota, smaller-than-average group size, and anticipated 7 hour hike signaled challenge ahead. It was the windiest day in Patagonia that we had seen so far. The tall grass outside of Remota was constantly being flattened by gusts of wind and huge white caps on the fjord outside our window were lapping up against the shore. “You better bring a windbreaker,” My dad told us. He was right.

The van ride to Torres Del Paine was a scenic 90 Km drive during which we spotted 10 Andean Condors flying overhead, as well as packs of guanacos—an animal in the camel family, similar-looking to the Alpaca. We could see large clouds looming over the peaks of Torres Del Paine, the wind was howling, and small raindrops began to fall. “It is possible we might not see the towers,” our guide warned us. But our group, which included a couple from Toronto who were on a motor-cycle tour around Chile, were willing to brave the weather for a chance to glimpse the famous Torres.

We began our 3 and a half hour hike, ascending up switch backs along a hill side in the shadow of a hanging glacier. The wind was blowing us back, but our guide, Andreas, told us to stay focused and hopefully we would get there. We weren’t sure we were going to make it.  Soon we crossed a beautiful blue river, and re-filled our water bottles with the pure glacial water running off of a side-stream, then descended into the flatter part of our hike—which was very welcomed—through a Patagonian forest. Finally we reached the moraine field leading up to the base of the Torres, and knew we were almost there. We began singing “Eye of the Tiger” and forged on through our last up-hill. It was very cold near the top, but when we crested over the top of the moraine field, the sight was like nothing we had ever seen.

The three Torres Del Paine loomed over a beautiful green glacial lake sitting in a cirque, with other glacially lined mountains surrounding it. We all high-fived each other for making it to the top in tough conditions, and we felt very lucky that the weather had cooperated enough to allow this experience. As a celebration, our Andreas, pulled a water bottle of “pisco sour,” the signature Chilean drink, out of his back pack, and offered each of us a small glass, along with a picnic lunch of sandwiches, tea, and CHOCOLATE! After some pictures and frozen fingers, it was time for our descent. On the way down we actually saw some sun-shine, and at near the base of the hike we spotted a pair of harriers battling fierce wind gusts, just as we had. Soon we spotted the van, and we collapsed in the grass of the parking lot upon arrival.

Remota offers daily excursions for folks of all skill-levels in the outdoors, but the challenge of climbing to the base of the Torres is not for everyone. However, one who possess the proper fitness and determination will be rewarded accordingly with a once-in-a-world sight of the three towers of the Torres del Paine Parque Nacional.

I took the same trip in October of ’06 with my parents! Unfortunately we didn’t get all the way up to the Torres as some rain was working its way in. We got far enough to see the Torres peaking out from between the mountains, just enough to tease! I just hope I can get back there one day to finish the hike! We stayed at the resort at the base of the mountain in the park. AMAZING!!!