Back to Bolton Valley with the ABC boys — many lessons learned 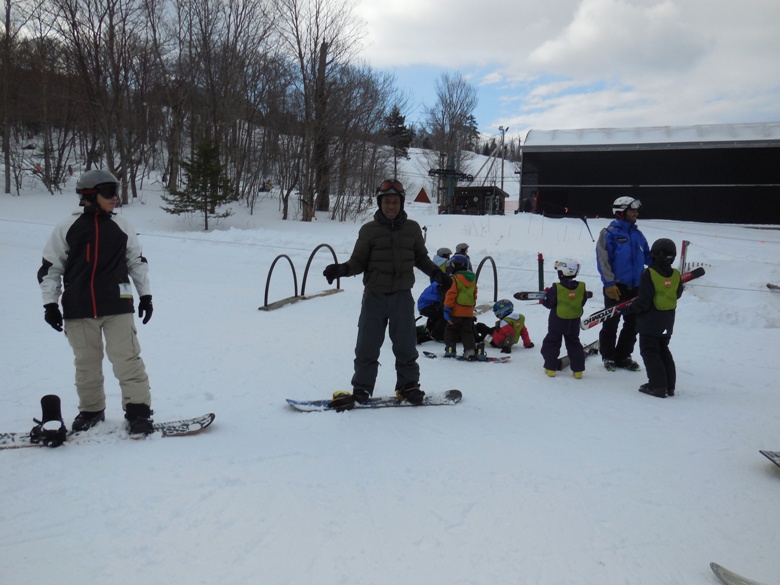 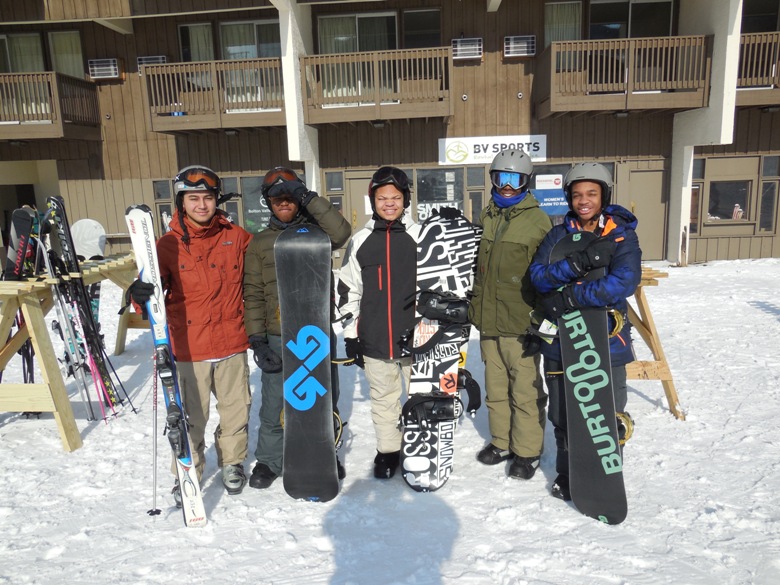 It’s 283 miles from Westport CT to Bolton Valley VT.  Why would three sane adult males drive that far for a day-and-a-half of skiing and snowboarding with a group of five high school boys when there are bigger and fancier ski areas much closer to home?  A guys weekend of course.

Because Bolton Valley, a smallish, locally owned ski area not far from Burlington in northern Vermont, has for six years now welcomed our group of disadvantaged minority students in the A Better Chance of Westport program with open arms.  My wife, Eileen Ogintz (of Taking the Kids fame), started this tradition in 2009 in conjunction with the CHILL program founded by the Burton snowboard folks.  CHILL provides snowboarding gear for the ABC scholars and Bolton Valley provides lessons, lifts and lodging.  Like any eleeomosynary program, ABC of Westport is supported by donations, fundraising and great partners like CHILL and Bolton Valley.

Our ABC scholars come from around the country to live in the ABC house in Westport and attend Staples High School (there are other ABC houses in nearby towns in CT and elsewhere for both boys and girls).  The program, now in its second decade, has a great success rate in academic achievement; all of the graduating scholars have gone on to college and many are now in successful careers.  We also try to provide them with extracurricular travel experiences.  We’ve taken groups to Boston, Washington D.C., New York City, Gettysburg PA, and every winter recently to Bolton Valley.

Most of these boys had never tried a snow sport before coming on one of these trips.  Some, like senior Ruben G of San Diego, had never even seen snow until he got to Connecticut.  This trip, Ruben learned to ski in deep power, and also learned how loose bindings can cause unexpected spills in that powder. 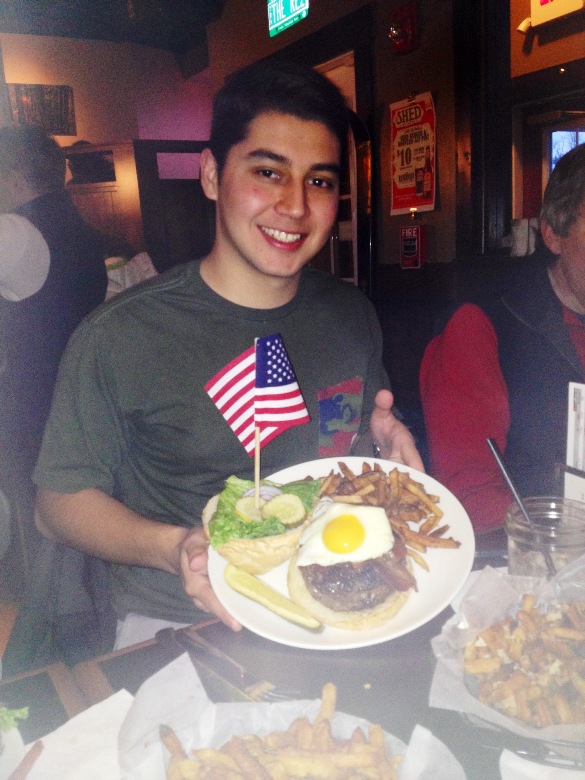 Ruben and his truck driver burger

Ruben, the “old man” of our group, has been on this trip in each of his four years here and says he will miss it when he goes off of to college next year, likely in California.  On the last night we treated him to his final “Truck Driver” burger at The Reservoir restaurant in nearby Waterbury, another stalwart supporter of our ABC program.

Contrasted with Ruben, freshman Manasses O of Bayonne, N.J., whose family immigrated from Kenya and has dreams of becoming a doctor, appeared trepidatious his first time out.  But after a morning of snowboard lessons, some afternoon practice, and a second morning with an instructor, he says he “learned to use the edges” and “I’ll definitely kill it next year.”  He also learned another important lesson: don’t leave your equipment outside overnight — luckily his snowboard showed up in the rental lockers the next morning.

A further word about Bolton Valley:  in a way it’s a throwback to the 1970s, which gives it its charm.  The lodge is not fancy but is warm and cozy.  For families on a budget, you can’t beat the prices for lifts and lodging.  Compare Bolton’s priciest one-day adult weekend lift ticket at $69 to the $98 charged every day in nearby Stowe (which we love too).  This is the kind of place where the owners flip burgers slopeside on sunny weekends, and you can run into and chat up the general manager just about every time you turn around.

“We are very thankful for Bolton Valley’s generosity and for giving the scholars such an extraordinary and memorable weekend,” said David Sochol, one of my co-chaperones for the weekend.  “For the new scholars who had never snowboarded before to the returning scholars who were excited to snowboard and ski again — this was a great experience that was only possible because Bolton Valley cares about the A Better Chance program and believes in its mission.”

“I  learned how to turn more efficiently through the help of Chauncey our instructor and I learned to not underdress because cold weather makes the experience less fun,” said sophomore Adrian B, from New York City.  “One thing I learned to do was to look to where I would be trying to turn and one thing I learned not to do was to snowboard without hand warmers,” said Thomas J of Washington DC, also a sophomore. “I learned how to change turns correctly without falling by not changing too fast not giving the board a chance to stabilize for the next turn,” said freshman Samuel L, who hails from Georgia.

As we headed home, we laughed about the antics (including the almost-lost snowboard) and reminded ourselves that as bright and talented this group of young men are, they are still kids, and will act like kids.