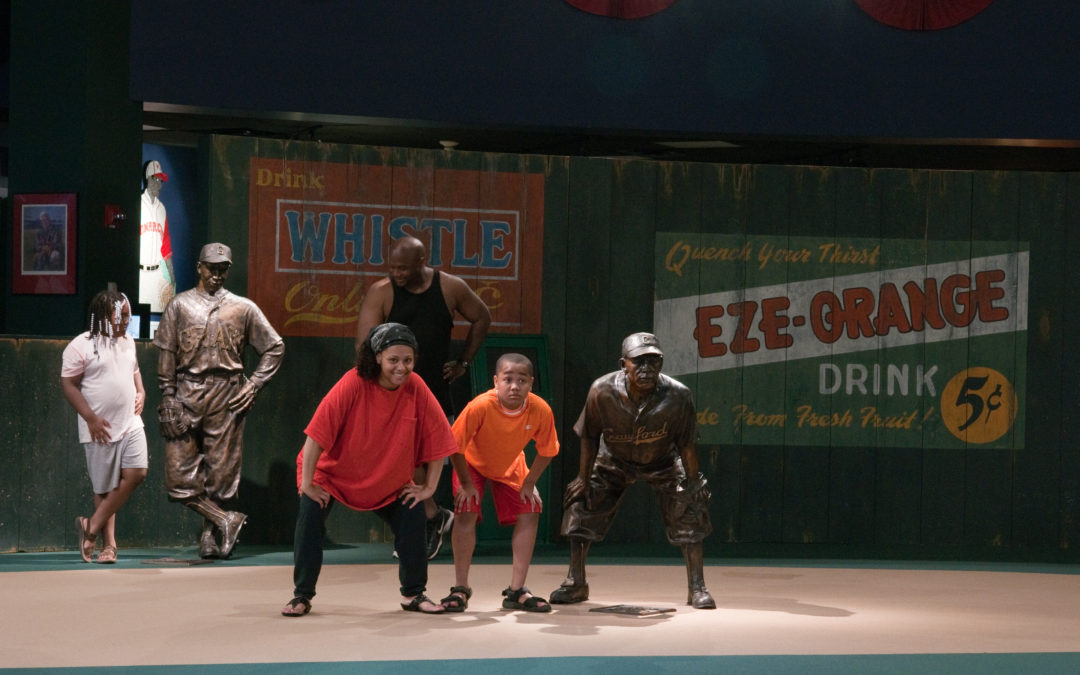 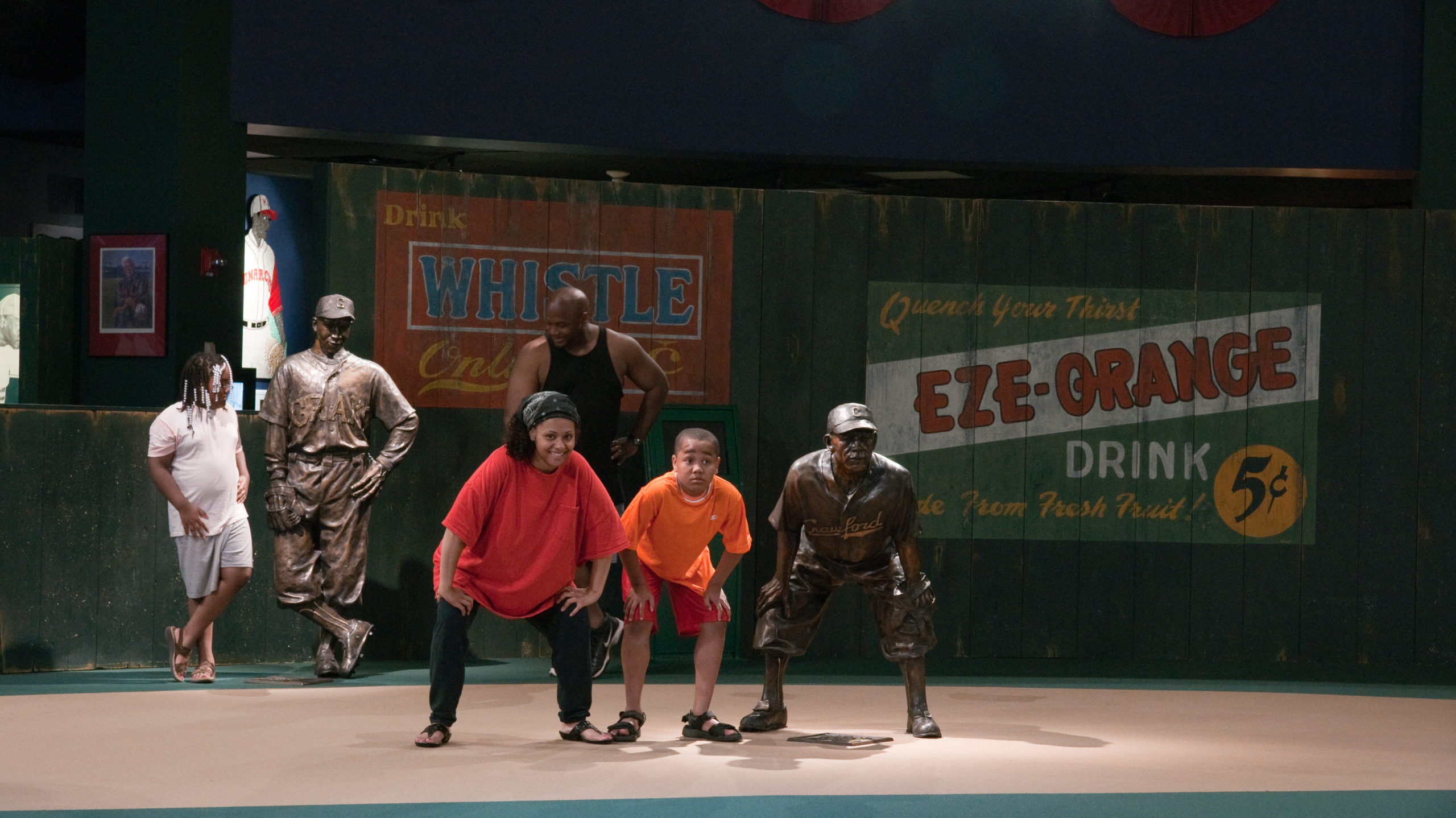 “They could fill up the ballpark but couldn’t get a meal or a place to stay from the same fans that had just cheered them,” said Bob Kendrick, president of the Negro Leagues Baseball Museum in Kansas City, Mo.

He added that kids who visit “think that’s just dumb.” The museum, celebrating its 25th anniversary just after the World Series, aims to teach an important history lesson through baseball about segregation and civil rights. A life lesson, too.

“The story of these players is a celebration of the power of the human spirit, of passion and perseverance,” said Kendrick recently, as he enthusiastically gave a group of family travel writers and bloggers from around the country a tour during the TMS Family Travel conference that I co-chair.

Kansas City has famously come together to salute the KC Royals baseball team this year, as they vie for the 2015 World Series title. There are banners flying everywhere, people decked out in Royals shirts and caps, the fountains tinted Royal blue. But people forget the important baseball history story that began here in 1920 with the founding of the Negro Leagues, thanks to Andrew “Rube” Foster, owner of the Chicago American Giants, who convinced seven other Midwest team owners to form the Negro National Leagues.

Soon leagues formed in several states, bringing the innovative play of these teams to major cities in the U.S., Canada and Latin America. (Parents and teachers should check out the teacher’s guide created in partnership with Kansas State University, which will help kids to better appreciate what they are seeing here.)

You also may not know that before Jackie Robinson was recruited to play on the Brooklyn Dodgers in 1945, thereby breaking the color barrier, he was a shortstop for the Kansas City Monarchs, one of the best teams in baseball. He wasn’t necessarily the best African-American player of his era, Kendrick said, but the college-educated Robinson, a World War II veteran, was thought to be the best player equipped to handle the abuse that followed his being named to the team, as well as the indignities of having to stay and eat at separate hotels from his teammates. “Failure wasn’t an option,” Kendrick said. 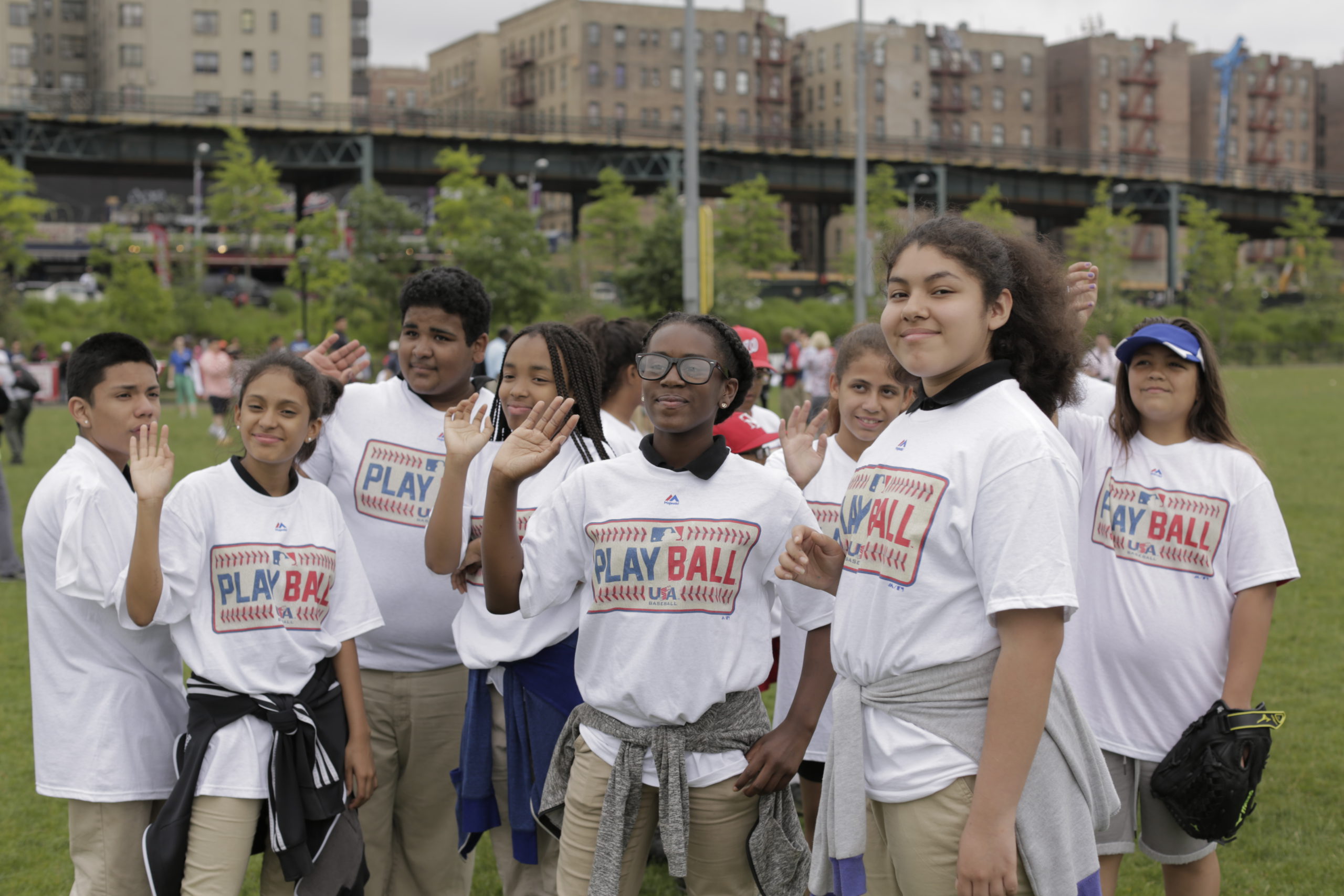 As you enter this museum — the complex also houses the American Jazz Museum — visitors can view a baseball game in progress (the players are life-sized statues of African-American baseball greats) through chicken wire, as African-American fans would have experienced a Major League ballpark. The chicken wire served as a barrier separating them, relegated to an isolated section of the park, from white fans. At Negro League games, Kendrick said, whites and blacks sat together.

The museum not only tells the story of those who played in the Negro Leagues, allowing visitors to walk on the field amid the statues of African-American baseball pioneers who ultimately were inducted in the Hall of Fame, but also of vibrant black communities in segregated towns and the civil rights movement. The museum, which begins the story shortly after the Civil War, helps remind us that baseball has often mirrored or led the shift in attitude and law concerning race in America.

Kids can follow the timeline of what was happening in baseball and what was happening in the country. Baseball, in some cases, led the way. Jackie Robinson’s historic entry into Major League baseball, for example, took place before the U.S. military was desegregated or the Brown vs. Board of Education Supreme Court decision integrated schools.

FYI: The National Baseball Hall of Fame and Museum in Cooperstown, N.Y., also celebrates African-American players with its exhibit “Pride and Passion: The African-American Baseball Experience,” an interactive exhibit detailing the history of African Americans in baseball, from Civil War times through the major league integration of players, managers and executives; and “Viva Baseball!,” an exhibit dedicated to baseball in the Caribbean Basin countries.

In Kansas City, we were surprised to learn that African Americans began to play baseball during the Civil War, even on pro teams with white players. But by 1900, racism and “Jim Crow” laws forced them out. They then formed their own teams, barnstorming across the country to play anyone who would challenge them. The teams brought economic development to black communities. Fans would head to Sunday games “dressed to the nines,” straight from church. Fun fact: It was at a Negro Leagues game that the first night game under lights was played.

The museum is located in Kansas City’s historic 18th and Vine District in the once segregated area of Kansas City that has long been home to jazz clubs and barbecue, including Arthur Bryant’s Barbeque and Gates and Sons Bar-B-Q, which began Kansas City’s great barbecue tradition).

The Negro Leagues declined once Major League teams began recruiting African-American players, taking Negro Leagues fans with them. On 2015 Opening Day, according to Major League Baseball, the percentage of total major leaguers who are black, African-American or African-Canadian was 8.26 percent, while the percentage of American-born major leaguers on 2015 Opening Day active rosters was 11 percent.

This past June, Major League Baseball launched Play Ball, a new initiative to encourage participation in all forms of baseball activities among all age groups, especially youth. Significant funds have been earmarked for programs aimed at minority kids and those from underserved communities. The program also offers its own free Play Ball Mobile Coaching App.

Meanwhile, it’s important to remember, said Kendrick, that of the major sports, baseball is still the most diverse. “These Negro Leagues players contributed not only to our sport but to our country,” he added. “It is our job to make sure their legacy lives on.”