Booking Your Own Cruise Excursions 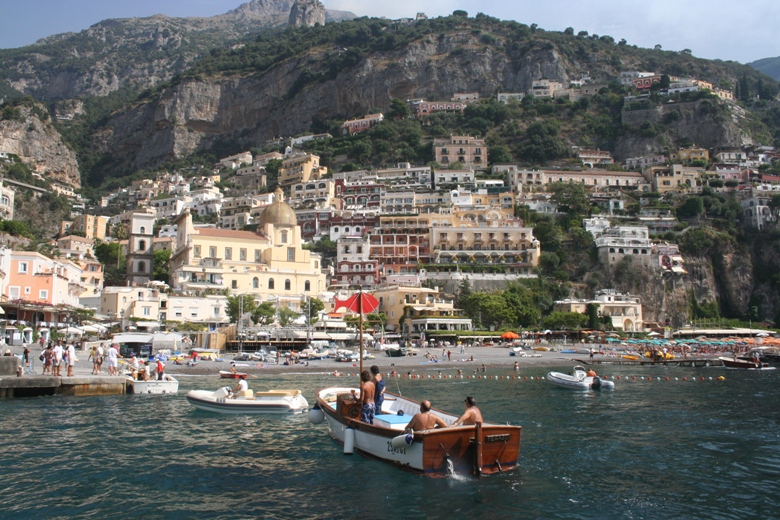 In the historic Sicilian town of Taormina, Aldo Valerio greets us like friends he hasn’t seen in a long while, with effusive hugs and kisses.

But we’re strangers who’ve only corresponded a few times via email. Valerio, along with his wife, runs a tour company called Secret Italia (www.secretitalia.com) and also works with a Canadian-based company www.toursbylocals.com that puts together local guides with discerning travelers — especially those who are cruising and don’t want to be limited to ship excursions with 50 strangers.

And when you are traveling with kids, there is nothing worse than being stuck in a large group for hours on end. Believe me, I’ve been there — in Europe, Alaska and the Caribbean. We left one tour at the Roman Forum because of a “stomachache” (quickly remedied by a gelato). Opt to go off on your own — especially if you’re a family — and you’ll not only save money but also have a better time, whether you want to hike on a glacier in Alaska, swim with the dolphins in the Caribbean or visit the Vatican in Rome.

Even on a small ship — we’re sailing on the 315-passenger Wind Surf (www.windstarcruises.com) — the excursions offered have proved pedestrian at best. That — and the desire to spend so much less — is why some of our fellow passengers have opted to avoid tours altogether, for example, taking a train and then a bus from our port of Messina to Taormina — both an adventure and the cheapest way to go. But not always the most expedient, as Richard Burgess and his wife discovered when it took them triple the time to reach the picturesque hillside town than it should have. They took an expensive taxi back.

“You make mistakes the first time and then there isn’t a second time,” observed Janet Wagner, who is from Savannah. After being in that situation, she opted for a shore excursion for just that reason.

Often in the Caribbean, you don’t need a shore excursion, unless you want to do something specific, like getting up close to the dolphins or scuba diving. You can head off on your own in a taxi to the nearest beach. But that isn’t so easy in Europe, Alaska or elsewhere in the world. That’s why it was very pleasant to discover that for less money — and a lot less stress — than joining a ship’s organized tour, we could be picked up at the port and spend the day with our own English-speaking guide and driver on an itinerary that was planned specifically for our gang. (Skip the lengthy three-course lunch in favor of pizza.) You’ll be able to book excursions that quickly sell out.

And you’re guaranteed to see more in less time, when you’re not waiting for 50 other people. Nor are you struggling to navigate in a foreign city on your own in a limited amount of time with a couple of cranky, tired kids (or tweens or teens) in tow. Another plus: You pay one price for the tour rather than per person — key when you are booking for a family of four or more.

For example, in Rome, Nancy Aiello Tours (www.nancyaiellotours.com) can pick your group up at the Civitavecchia port (nearly an hour from the city), cover all of Rome’s must-see sites from the Coliseum to the Trevi Fountain to the Vatican, skipping the lines, and get you back to your ship in plenty of time. She charges just over $1,100 for a family of six — significantly less than you’d pay for a comparable shore excursion.

That’s because cruise excursions typically cost at least 30 percent more than you pay on your own, explains Bob Levenstein, CEO of www.cruisecompete.com, which has just launched a new shore excursion booking tool to cut out the middle man — http://www.cruisecompete.com/shore(UNDERSCORE)excursions — based on your ship’s itinerary. You will save even more when you book several excursions together.

You don’t need to worry about missing your ship. In my experience, reputable guides allow plenty of time to get your back in time. But to allay any concerns, Cruise Compete promises that if you miss the ship, you are guaranteed meals, accommodations and transport to the next port at no charge. You’ll also get a full refund if an excursion is missed because of bad weather or a change to the itinerary.

Just as important as price, though, is the quality of the experience. When you book independently, you can get to places farther off the beaten path away from the crowds and tailored to your interest. The guides will be more apt to joke with the kids, answering their questions, even staging a scavenger hunt, which hopefully will keep them more interested and engaged. With toursbylocals.com you connect with your guide directly in advance of your trip for just that reason. We skipped the Roman Amphitheater, for example, and asked Valerio to take us to local markets away from the main tourist area for olive oil and wine. We stopped at a bakery where he treated us to a local pastry flavored with lemon and pistachio. (To plan your next trip abroad, check out “Frommer’s Italy 2011,” “Frommer’s Venice Day By Day” and “Fodor’s Rome’s 25 Best.”)

Canadians Dave Vincent and Paul Melhus launched Tours by Locals just three years ago after a frustrating encounter with “guides” at the Great Wall of China. The guides were more interested in selling souvenirs than providing an insightful tour. Cruisers, it turns out, have become huge fans of the service, which has helped 1,000 local guides in more than 100 countries sell some 6,000 tours in almost every major port around the world.

“Dolce Far Niente,” which translates to “sweet doing nothing,” is the Sicilian way, Valerio tells us. It’s being relaxed and not worrying about getting things done.

Valerio argues that going on your own isn’t only about saving money — in some cases you could spend as much as on cruise line excursions for a special day — and I agree. It’s about doing what you want when you want, away from the crowds. It’s the luxury of enjoying where you are without the stress of finding your own way in unfamiliar environs. That’s worth a lot.

So is making a new friend, I think, as Valerio kisses me goodbye.

(For more on Eileen’s visit to Croatia and Italy, read her Travel Diaries)