Chaa Creek — started small before “eco” was a word 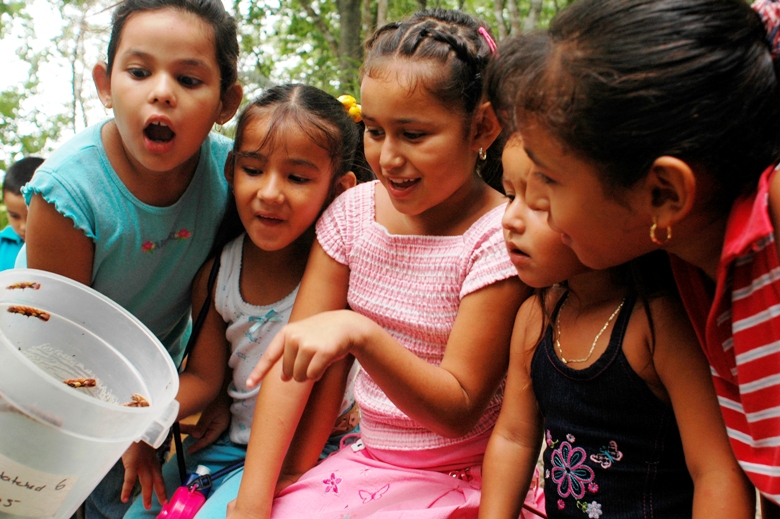 DAY SEVEN: There were no roads — just overgrown jungle.

Mick Fleming approached in a dugout canoe. “But there was something about the place,” he recalls more than 30 years later.
His wife Lucy, who arrived on horseback the day after he saw the overgrown farm, agrees. “This place always had a certain amount of magic — a pull. I felt it. We were young and crazy — no money and decided to be pioneers.”

Lucy was from New Jersey; Mick from England. They had met in England and found their way to Belize –at that point still a British colony. Mick had just found — and lost — a job in one day when they encountered another Englishman at a bar in Belize City. He was looking for someone to take care of his farm near San Ignacio. When the Flemings arrived, there was nothing but overgrown jungle and a lean-to shack. They had no electricity, no running water. They did have an outhouse. The house they built had dirt floors. They grew vegetables and took them via dugout canoe to the markets in San Ignacio. They had to haul water from the river. They had one child, and then a second. When Lucy went into labor with Briony, they had to go in dugout canoe to the clinic and wake up the doctor. “We dealt with things as they came,” she said. They took in five orphaned local children and raised them to adults.

Along the way, friends and guests started finding their way to the Flemings via horseback or canoe. At first people came to help on the farm, then just the adventure. They built one rustic cabin, and then another, at first charging $8 per day. “It was all word of mouth,” Lucy says.

Today the Lodge at Chaa Creek is one of the foremost eco resorts in Belize and Central America, a model for sustainable tourism. Much of the vegetables and fruit are grown on the organic Mayan farm. The 23 thatched-roof cabins — thatched with local palm leaves — are well appointed, though there’s no air conditioning (ceiling fans do the job), internet only in the conference center, no TVs. There is also a more modest tent camp where families can stay in screened platform tents with communal bathrooms — meals are cooked for you and, yes, there is a campfire.

There are 365 gorgeous acres overlooking the Macal River — great for swimming, tubing and canoeing. There are nearly 300 species of birds within a five mile radius. “We were eco before eco was a word,” Mick Fleming laughs.

There is hiking (how about a night walk to look for critters?), mountain biking, horseback riding and of course the nearby Mayan ruins — often with the naturalists (all kid-friendly) on staff. Did I mention the butterfly farm where the Morpho butterflies are bred? They are iridescent blue. When kids check in, they are given a small container with a chrysalis — so the next morning, they wake up to an emerging butterfly. There is a natural history center where the kids can see a little model of a traditional Mayan house, complete with gourd water bottles and hammock beds. Now the resort is about to launch a children’s program with adventures designed to introduce kids to the rain forest with a cartoon Mac Morpho guide. They can plant beans and corn in the organic Mayan farm, learn to make tortillas in a nearby village they get to by canoe, weave the cohune palm into mats, tour a Mayan site and engage in a treasure hunt across the 365 acres.

Parents can tag along – or take a break from the kids, perhaps in the first-class spa run by Briony Fleming, who is now 30. The beautiful setting is set on a breezy hilltop above the Macal River. Imagine a spa treatment while you hear birds chirping outside. You can even do an outdoor massage.
The Flemings opted for the program — and for finally putting in a pool (ready this fall) — as they’ve seen many more families arrive in the past several years. Originally a spot for older adventurers and honeymooners, Chaa Creek now welcomes many families as well. “I’d say our family business has grown more than 100 fold,” Lucy says.

Today, Mick says, “Kids will do things they never get to do at home. This is way to introduce a lot of children to a lifestyle completely different and to introduce the next generation to conservation. No one veges out here!”

Mick says he tries to offer more adventurous activities for teens (cave swimming anyone?) This is the kind of place, I think, that the activities can be geared to whatever age kids are in the group and the kids are bound to see and do things they never have before. (How many bird calls can they recognize? Do they hear the howler monkeys making a racket in the trees?)

At the same time, Mick says, families venturing here expect a higher degree of creature comforts (the spa is very popular, for example). Guests have been asking for a pool so it will be brought in.

Everyone eats in an open dining room under a huge thatched roof. The food is hearty and good.

“It’s time to introduce the next generation to conservation,” Mick Fleming says.