Disney sees Aulani as the place for destination weddings 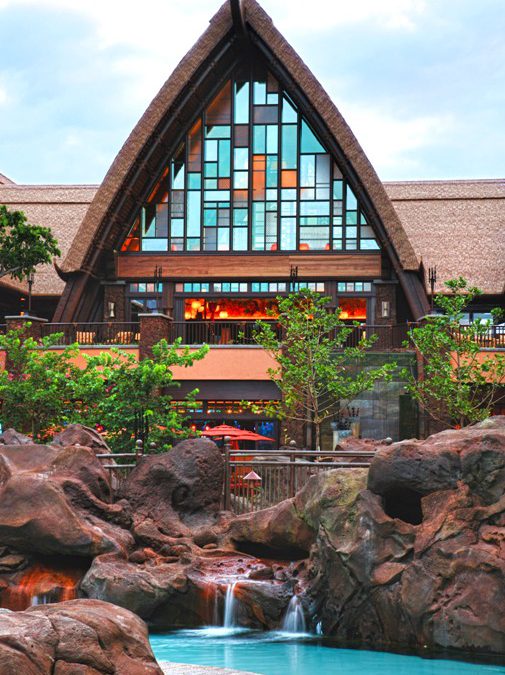 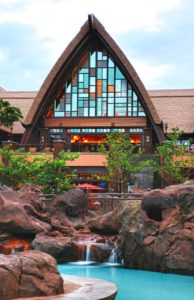 Exterior view of the Aulani

Every year there are more than 25,000 weddings in Hawaii.  There’s even a bridal magazine Pacific Weddings headquartered on Maui.

Now Disney hopes to encourage couples—especially those whose kids are part of the equation- to get married with Disney Magic (and Mickey and Minnie) on Oahu at the new Aulani resort in Ko Olina, about an hour from Waikiki.

There are already 1,000 weddings a year at Walt Disney World in Orlando–upwards of 20 per cent among blended families, says Korrie McFann, who oversees Disney’s e wedding and honeymoon business around the world. The company anticipates Aulani to rival Orlando for the wedding business. The resort has just opened and already, hundreds of weddings are booked, from those with just a few guests to over 100 with brides coming from as far as Japan and New Jersey.

Destination weddings, of course, are a growing trend especially in this economy. “It is a way for the bride to manage the budget,” said McFann, because these weddings typically are much smaller.

And then of course, there is the opportunity for a “family moon”  at the spanking new resort which guarantees plenty of adult time with complimentary activities offered all day and in the evening at Aunty’s Beach House.

Just as Disney is breaking new ground by incorporating the cruise model of free activities into a land-based resort, they are also breaking new ground food-wise.   While Hawaiian chefs across the islands are showcasing local produce and fish with farm-to-table offerings and Hawaiian fusion cuisine. Aulani Executive Chef Patrick Callarec, himself the father of three, said there has been a great effort to upgrade children’s menus with fresh local fruit—“the kids love it,” he said grilled rather than fried chicken, and local fish.

A children’s three-course menu ($16 at dinner) has been designed to mimic what parents might order in ‘AMA’AMA where parents and kids alike will love the thatched roof and reflecting pool.

There are plenty of local dishes too. The signature breakfast Haupia is chocolate milk dipped French toast stuffed with bananas and peanut butter (Haupia is a traditional coconut milk based sweet pudding).

For lunch, there’s a pulled pork sandwich on steamed rice buns. How about sustainably caught fish tacos? For dinner, try sustainable fish roasted in the wood-burning oven or a whole salt-crusted catch. (All of the fish is local and sustainably caught, Callarec said.)

Of course there is shaved ice available at the resort—a Hawaiian staple—but Callarec stresses that the toppings contain no chemicals.

Just as important to 21st century families, kids are encouraged to order from the adult menus. “Absolutely kids can order half portions,” the chef said.  “Kids are more educated eaters today.”

When parents have date night, they choose and order their dinner to be served at Aunty’s Beach House. Parents pay just for the food; the supervised activities are free

He notes that 95 per cent of the produce and fruit is local. “Our goal is to support local farmers,” he said.

At the buffet restaurant Makahiki, (The Makahiki season is the traditional Hawaiian celebration of the harvest and the restaurant showcases local art)  there is  a special “Keiki Corner”  that will feature made-from scratch pizza and mac and cheese as well as  grilled steaks, shrimp salad, corn salad, chicken noodle soup and ham.“We want kids to see that flavors are different when food is fresh,” he said. Parents really appreciate it.”

Let’s hope the kids do too.