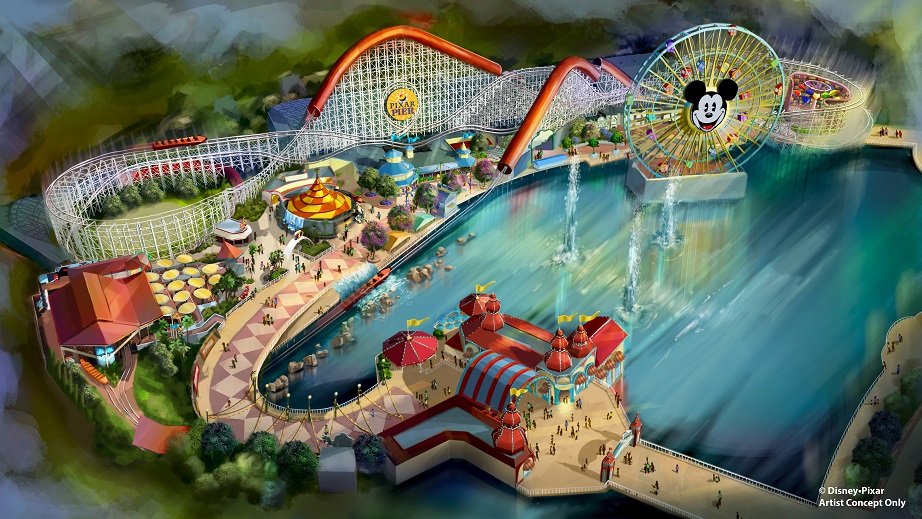 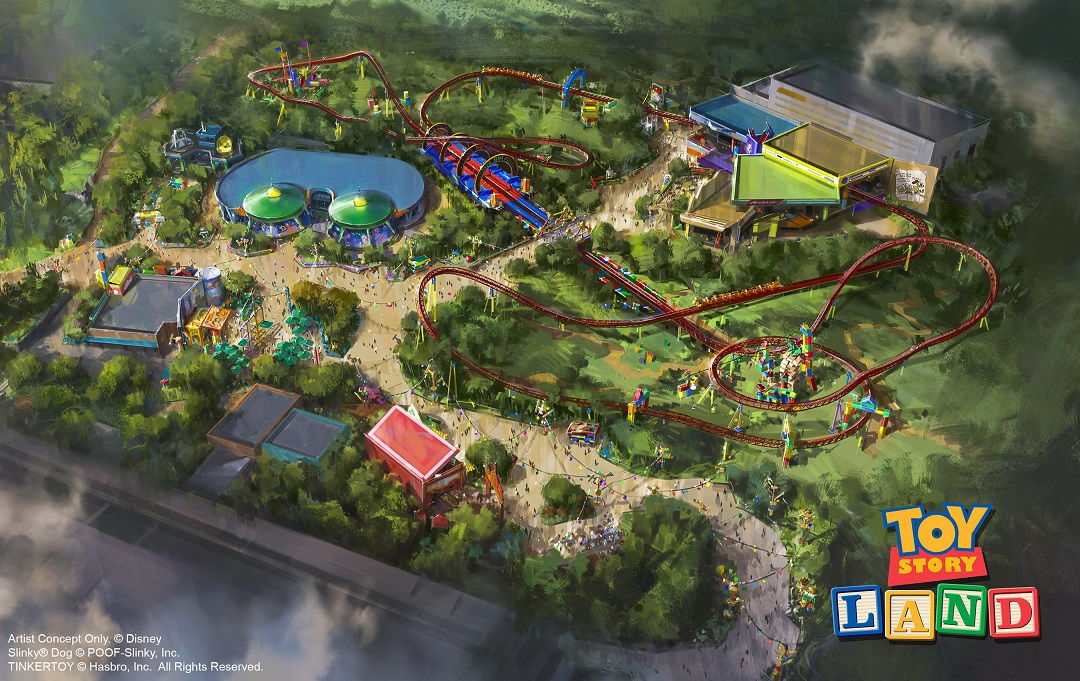 Ready to play?  First you have to shrink—a lot—to the size of a toy.

That’s not as hard as you think at Walt Disney World’s new Toy Story Land, opening June 30 at Disney’s Hollywood Studios in Florida. That’s because as soon as you walk in to Andy’s backyard, you will magically be the size of the Toy Story gang—Woody, Jessie, Buzz, Slinky Dog, the Aliens, Green Army Men and more—and surrounded by giant building blocks, game board pieces and lampposts (shaped like Tinker toys).

No matter how many times you’ve been to the Disney parks, you can always count on the Mouse—and the talented Imagineers—to encourage us to visit again for something new and different—this year for younger kids but with enough nostalgic elements to please even the grandparents in the group.

Grandparents especially will love the touches of the games they once (and maybe still) love from Rubik’s Cubes to Scrabble to Lincoln Logs and Tinker toys.

Of course, this being Disney, that’s not all that’s new:

— Disney’s Animal Kingdom is celebrating its 20th Anniversary with a “dino-tastic” celebration where Donald Duck takes over DinolandUSA, and Pandora-The World of Avatar with Avatar-Flight of Passage has become the top rated attraction at Walt Disney World. (Gotta love the imaginative Pandora  eats!)

— Super Heroes from the Guardians of the Galaxy join an alien band at the America Gardens Theatre in Epcot while favorite Disney-Pixar super heroes take over Tomorrowland at Magic Kingdom, complete with a “SUPER” dance party.

— Disney Springs not only has new restaurants (families will like Maria & Enzo’s trattoria) but also  a Hyper-Reality experience “Star wars: Secrets of the Empire.

At Hollywood Studio’s Toy Story Land,  young park goers will love the Slinky Dog Dash. The back story: Andy put the floppy-eared dachshund with a stretched out slinky coil belly and dropped it on a coaster track.  Another plus: riders will get a great view of the entire new land, explained Dave Minichiello, the executive Creative Director of Walt Disney Imagineering who is leading the creative team for the new Toy Story Land.

Alien Swirling Saucers is supposed to be a toy that Andy won at the Pizza Planet Restaurant, complete with tiny green Aliens swirling with guests in the toy rocket-ships.

When everyone gets hungry, Woody’s Lunch Box will be the place to go, especially for soda floats and a look at the giant thermos.

No worries if you are planning to go to Disneyland Resort in California. Pixar Pier is opening at California Adventure June 23 with four neighborhoods, newly themed attractions, interactions with favorite Pixar characters and of course, themed food and souvenirs.  Be among the first to experience the Incredicoaster inspired by the newest Disney-Pixar film, “Incredibles 2.”