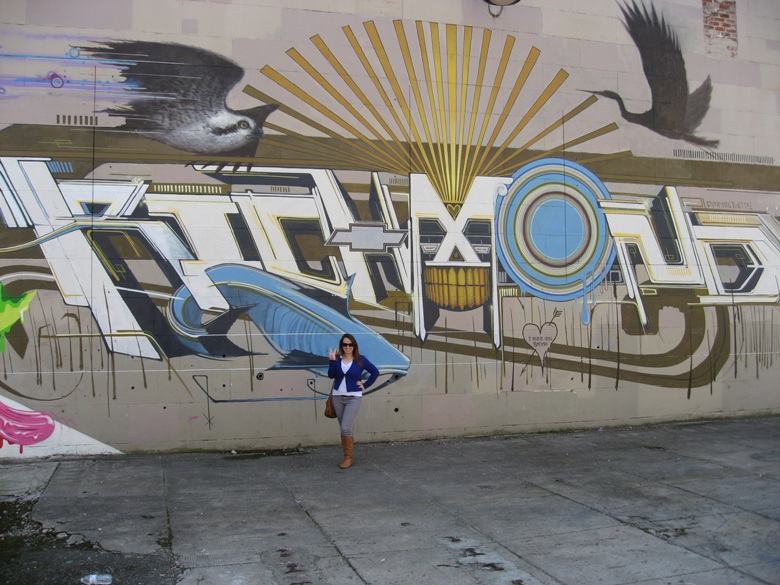 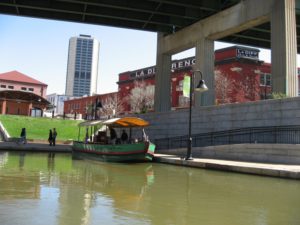 The tales of Civil War seems to leap from history books and interact with visitor through the many museums, historical sites and walking tours in Richmond, once hailed the capital of the Confederacy. But Richmond has a greater story to tell, including the stories of the women, enslaved people and soldiers on both sides of the War and after Emancipation. On Richmond’s Emancipation and Civil War Day held the first weekend of April, I joined hundreds of visitors to take advantage of the open doors of the historical sites and honor the important event in American history.

I checked in to the Omni Richmond on Saturday morning after a quick drive from Washington, DC. The front desk agent even offered me a Starbucks latte while the room was being cleaned – talk about top-notch service! I set out to discover Richmond by foot on the Liberty Trail, the new, 6.2-mile marked self-guided pedestrian route that connects some of the city’s best historical sites.

I wasn’t on foot for long, however, the first stop was a covered boat tour led by “Cotton”, who earned his nickname from his hair-do. Cotton led us through Richmond’s Kanawha canal and James River, explaining the significance and civil engineering of the locks and canals. Combining bizarre anecdotes and Virginian history, the tour with River District Canal Cruises was an excellent introduction to Richmond. For a more extreme introduction, take a whitewater rafting trip through the city on the James River, the nation’s only urban Class IV rapids! 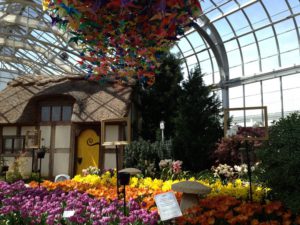 After the canal tour, I followed the Liberty Trail along the James River down to Tredegar Park, once the leading iron and artillery factory arming the Confederate Army. Located at the old factory grounds is the National Park Civil War Center, which provides an introduction to the 13 Civil War battle sites in Virginia. The American Civil War Center is home to100 artifacts and uses films and hands-on activities to tell the story of the military commanders, soldiers, politicians and ordinary people during the Civil War.

A short walk away is the historical home of the first woman bank founder and president, Maggie Walker. This African American woman is known as a champion of opressesed blacks and women who, against all odds, rose to prominence less than 40 years after Emancipation.  I was impressed by the opulence of her house as I toured and imagined what her life might have been like.  She never let any challenges stop her; when she lost the use of her legs due to diabetes, she had an elevator built in her house!

My final stop was the White House of the Confederacy.  This relic of the secession is a fascinating landmark to see, whichever side of the Mason Dixie line your sentiments on the Civil War lie.  The three story museum houses various memorabilia from the Confederate army, the most peculiar being the knick-knack room with items like a picture a woman made for her loved one with hair and a necklace made with famous generals’ buttons. 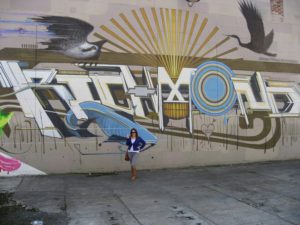 Meghan at mural along the Kanawha canal in Richmond VA

There are plenty of eateries to fuel the historical trek along the Liberty Trail.  In the lively Shockoe Bottom neighborhood, you will find Bottom’s Up Pizza, notorious as the best pizza in Richmond.  It earned its reputation with regional specialties like the Remocaldo Renegade Pizza with fresh crabmeat and S’mores Pizza for dessert. Yum! For a quick afternoon snack, try City Dogs which has authentic hot dogs from various cities, even a famous Chicago beef dog with all the fixin’s. It wouldn’t be a trip to the south without a little soul food. Try Mama J’s for authentic and delicious soul food in the heart of the Jackson Ward district, known as the birthplace of African-American entrepreneurship. Beware; Mama J’s has a collection of fresh baked cakes on display to tempt you!

On Sunday, I was blessed with a gorgeous sunny spring day so I spent the day exploring Richmond’s outdoor gems.  Maymont is a 100-acre oasis of gardens, wildlife, nature center, children’s’ farm (you can feed the animals!) and mansion. The attraction is free and kids and their parents frolic around to see the bald eagles and spot the black bear.  Check the schedule online; there are often children’s events like a family scavenger hunt or toddler time on the farm.

A Lewis Ginter Botanical Garden is no stuffy formal garden. You’ll feel like Alice in Wonderland when you enter the fantastical greenhouse filled with rainbow displays of dyed orchids.  A large portion of the gardens is dedicated to children, with mini international playhouses and gardens from different cultures, bird and butterfly meadows with hideaway play forts and water play area. Don’t forget your swimsuit!

I finished my Richmond tour with a leisurely stroll through Carytown, an artsy, hipster street of local shops and restaurants in the heart of the museum district. Kids, dogs and families enjoyed local fare on outdoor patios as a bluegrass band strummed away on the street corner.  For all the history, Richmond sure is living in the present!