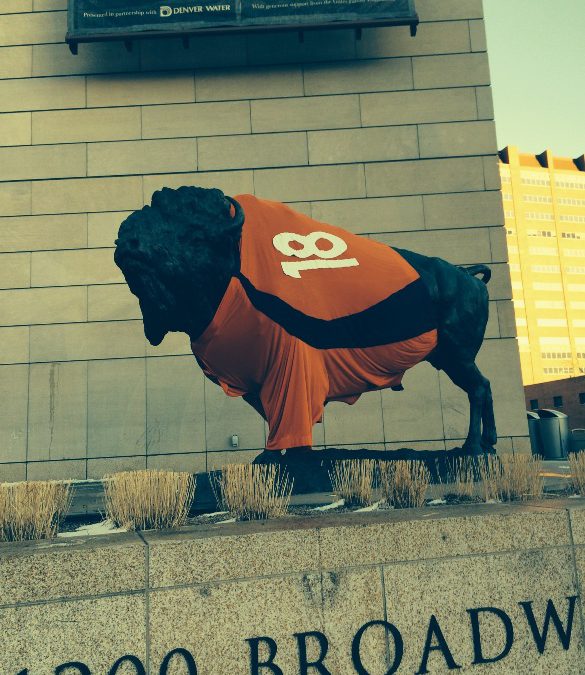 Not at  the History Colorado Center.  Everyone visiting Denver—and Colorado should stop at this downtown museum that makes Colorado history relevant and gives those families visiting a way to connect with Coloradoans past and present.

I love the seven-foot tall “Time Machines” that Colorado Artist Steven Weitzman created.  You can push or pull them around a 40 by 60 foot Great Map of Colorado embedded in the floor of the museum’s atrium from 234 tiles.  It looks like a topographical map of the state from space.  As you move the “Time Machine” around and hit a hot spot in the floor, it will tell you stories from that part of the state at different times—like the time Hunter S. Thomson decided to run for sheriff of Pitkin County (he pledged to change the name of Aspen to “Fat City” and nearly won!).

Take a ride in a Model T—a giant screen makes you feel like what it would have been like on a bumpy dirt road, dodging cows, feeling the vibrations and wind in your hair.

See what like would have been like to have lived on Colorado’s eastern plains in 1920 in “Destination Colorado” where kids “meet” the people who homesteaded the town of Keota.   Kids can enroll in high school and take year book photos which they can email to themselves; browse the general store.  Want a coke for five cents –or how about some Campbell’s mutton soup or sparkling gelatin?

Imagine life without indoor when you stop in the outhouse or collect “eggs” from the barn, “milk” a cow  or stop in a family kitchen and smell the apple pie (how do they do that?).  See if you can guess the farm smells (IS that alfalfa or manure?)

Kids will love that you can choose who you want to guide you through town—they pop up in videos—a school girl, a teacher, the owner of the general store, a teenaged boy among them.

The entire museum is so interactive that kids won’t learn how much they are learning—grown ups either.    Bent’s Fort was on the U>S. Mexico border and the homelands of eight American Indian tribes.  People came to sell furs, buy supplies, get directions—it was hundreds of miles from the nearest town.

Here you become a visitor or resident of Bent’s Fort via an interactive computer game.  Would you rather be a military man, a Latina employee spying for Mexico, a mountain man and meet historical figures like Kit Carson.  Would you have survived?

Another exhibit focuses on Lincoln Hills, a Rocky Mountain area where African Americans could hike, fish and camp.  It was opened in the 1920s by black entrepreneurs from Denver’s Five Points Neighborhood and at the time, was the biggest resort west of the Mississippi built for and by African Americans.

See what it would have been like to venture  a half mile underground in the Silverton Mine  There’s a  hands on game where you can see if you can  arrange a controlled blast without caving in the mine.  Guess what happened to me because I didn’t place the “dynamite” correctly.

There are exhibits about the native Utes who have lived here longer than anyone else (two Ute tribes still live in Colorado) and about the Amache-Granada Relocation Center which housed 7,318 people of Japanese ancestry—two-thirds of them American citizens—who were forced from their homes on the West Coast and confined to internment camps like this one in Colorado after Pearl Harbor.

Walk into a Spartan barracks and see how a family would have lived, having been forced to sell their homes and businesses.

The museum also covers far happier chapters in the state’s history—like skiing.  You can even try your hand on a virtual ski jump.   Colorado’s first ski race happened in February 1881 with prizes given to those who fell down the fewest times.  Back then, of course, skiing wasn’t a sport—it was a way to get around.

Norwegian Carl Howelsen, a ski jumping champ, changed all of that when he moved to Colorado Springs in 1914.  He not only built a ski lift and taught locals but inspired what is now one of Colorado’s biggest industries and a town that has a tradition of growing Olympic athletes.