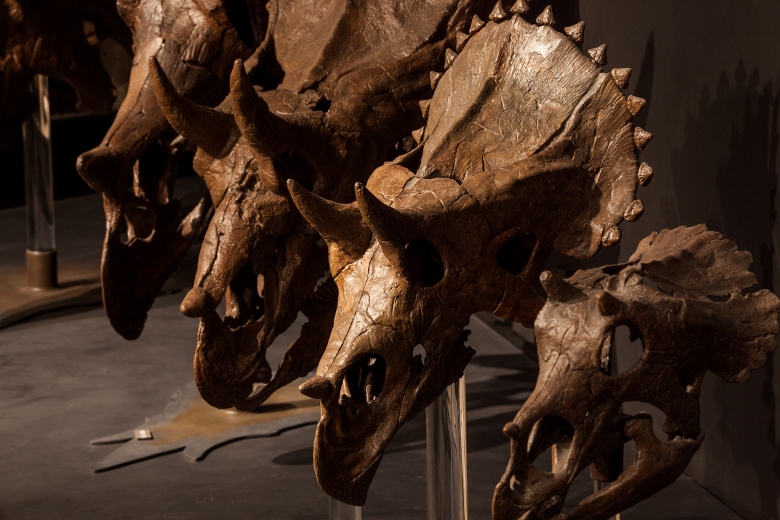 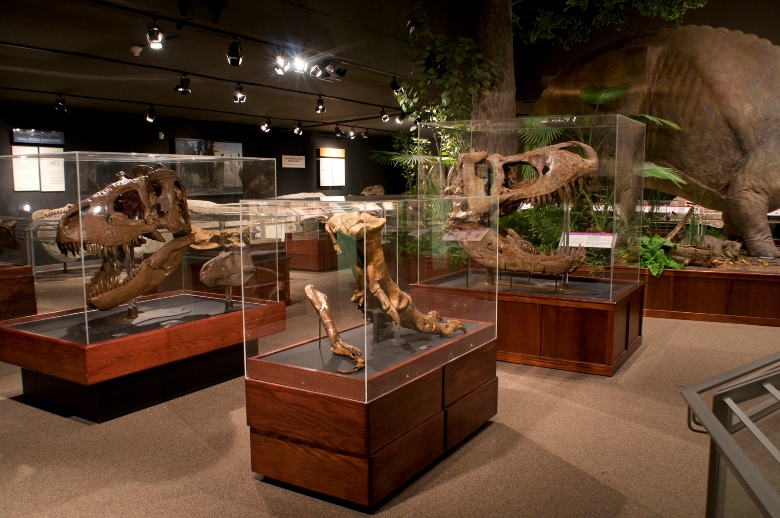 The teenage boys couldn’t resist posing for selfies with the stars of the show.

It didn’t matter that these stars were the famous dinosaur fossils at the American Museum of Natural History in New York City. If you think kids outgrow dinosaurs by kindergarten, think again.

“The dinosaurs were amazing. It is astounding that these creatures once roamed the Earth,” said Khaliq Sanda, a high school senior.

I was chaperoning the group of high school boys who attend our suburban high school under the auspices of A Better Chance, a national college preparatory schools program, and they pronounced the museum’s famous Dinosaur Halls their favorite at the massive museum, thanks to the stalking T. Rex with its 4-foot-long jaw, the 65-million-year-old Triceratops and the Apatosaurus, collected in the late 1890s and a focal point of the collection since it went on view in 1905.

“When you stand next to a model or fossil of a dinosaur, seeing how they were so much bigger than you, it’s the first step for kids to realize how different the world was, explained Christopher Morales, a high school sophomore. (For more interactive exhibits, check out the museum’s science website for kids.)

The American Museum of Natural History, of course, houses the largest and most scientifically important dinosaur collection in the world, along with wonderful interactive exhibits, and its free app — Dinosaurs: American Museum of Natural History Collections,  — makes it more fun for paleontologists of all ages to explore the museum’s famous fossil halls.

On April 5, the museum’s latest dinosaur exhibit — “Pterosaurs: Flight in the Age of Dinosaurs” — opens, highlighting rare fossils, life-size models and, as is standard these days, interactives to make the science fun and online games at the museum’s Ology website.

Pterosaurs, in case you are wondering, ruled the skies millions of years ago. They weren’t birds, but rather flying reptiles. Some were huge with a wingspan of more than 25 feet; others were the size of small birds.

At the same time, the popular Dinosaur Safari is returning to the Wildlife Conservation Society’s Bronx Zoo in April for the 2014 season with more than 30 dinosaur species that will move and roar, as well as a field site complete with a kids’ fossil dig, the chance to take a picture with a T. Rex and a fossil museum.

Of course, you don’t have to be in New York or in Washington, D.C., at The Smithsonian Museum of Natural History (check out their new Is Apatosaurus Okay? app from Ocean House media for $1.99) to get your dino fix. Here are four others museums I’ve visited that are guaranteed to please:

— The Dinosaur Hall at the Natural History Museum of Los Angeles is the only place to see a baby, juvenile and teen T. Rex in such a growth series, as well as a 25-foot-long Triceratops you can literally look in the eye. Walk underneath the 68-foot Mamenchisaurus.

Performance artists and puppeteers make a giant T. Rex and Triceratops come to life during “Dino Encounters” and you can watch scientists at work at the museum’s Dino Lab.

— Meet Sue, the largest, best preserved and most complete T. Rex fossil ever found at the Field Museum. She’s 42-feet-long and 13-feet tall! Check out her 600-pound skull. Spend the night “Dozin’ with the Dinos,” an interactive experience complete with special family workshops; travel across the globe with a Field Museum team as they search for what life was like before dinosaurs in the exhibit “Before the Dinosaurs: Tracking the Reptiles of Pangaea,” which opened last winter.

— The Museum of the Rockies at Montana State University is just 90 minutes from Yellowstone in Bozeman. Mont., and is famous for its extensive collection of dinosaur fossils — the largest T. Rex collection anywhere — and the paleontology work of Dr. Jack Horner, known for his discovery of the first dinosaur eggs in the western hemisphere. (Horner was the inspiration for the character Dr. Alan Grant in the “Jurassic Park” movies.) Here you can see fossilized dinosaur eggs and nests, and watch as scientists prepare fossils from the field — the painstaking process of removing them from the rock in which they’re encased.

— Jane, the most complete juvenile T. Rex, and Homer, the most complete adolescent Triceratops, rule at the Burpee Museum of Natural History about an hour northwest of Chicago in Rockford, Ill. Paleontologists don’t really know whether Jane or Homer were male or female. The 21-foot skeleton of Jane, the centerpiece of the exhibit “Jane: Diary of a Dinosaur,” was named for a major benefactor of the museum and Homer by Helmuth Redschlag, who apparently loves “The Simpsons” and discovered the cache of juvenile Triceratops bones in Southeast Montana.

Whether you are heading to a huge, world-class museum or a smaller regional one to learn more about dinosaurs, encourage the kids to lead the way. Take a virtual tour of the museum’s dinosaur exhibits before you go and decide what you want to see first. Encourage each of the kids to find one weird and fun fact about dinos to tell you when you’re there. Download an app for the exhibit, if there is one.

Most important, leave when the kids have had enough. Don’t be discouraged or disappointed if you can’t see everything or can’t spend as much time as you’d like. The dinos aren’t going anywhere. They’ll be waiting for you next time.