Fun and festivals without the stress – holidays in Orlando 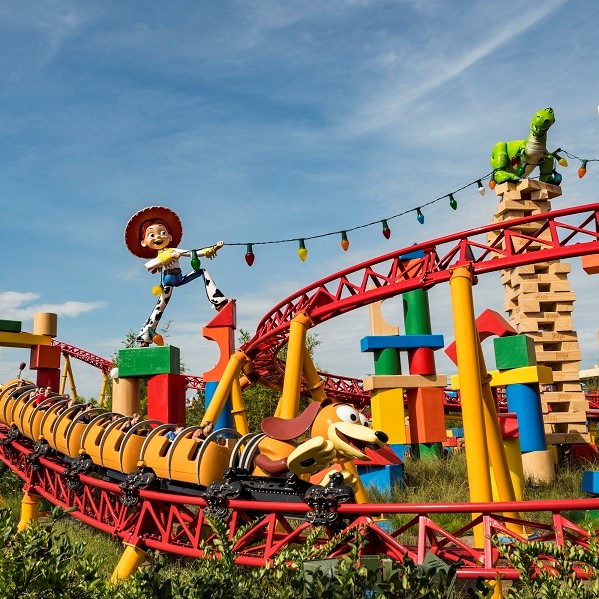 All the holiday fun and festivities without the cold, the work –or the stress.

Welcome  to the holidays—Orlando Style. The best part: You don’t have to wait until Christmas week to celebrate  since Orlando’s seven famous theme parks and attractions celebrate for 59 days at 20 festive events.

Let’s not forget December temperatures typically are in the 70s.   It’s no wonder Orlando, the Theme Park Capital of the World, is the most visited destination in the United States.

Here’s an early holiday gift:  You won’t have to bust the budget to get your gang there, thanks to Visit Orlando’s  Black Friday/Cyber Monday deals  from Nov. 20-29  that you can use all next year.

Save an extra 10 percent off already discounted purchases at OrlandoTickets.com.  Use promo code “GIFT” between Nov. 20-29 for the incredible deal, but don’t delay as some tickets may have limited quantities.

If you are lucky enough to make it to Orlando in the next two months,  you’ll have your pick of holiday shows The Dr. Phillips Center for the Performing Arts as well as at the theme parks, castles frosted with “snow”, a parade with Macy’s famous Thanksgiving Day floats and New Year’s Eve parties for all ages, even a  Cirque du Soleil-inspired take on The Nutcracker is known to many as the “pyrotechnic Nutcracker.”

Here is a rundown of what’s happening:

Mickey’s Very Merry Christmas Party complete with Queen Elsa putting a spell on Cinderella’s Castle, covering it in glittering ice. Thanks Mickey for the complimentary cookies and cocoa!

Epcot International Festival of the Holidays begins Nov. 18 with storytellers, a daily character tree-lighting ceremony and a jaw-dropping display of snow-white lights. The Candlelight Processional, a favorite of all ages, joins holiday traditions at the 11 World Showcase nations.

And for New Year’s Eve, The Disney Countdown to Midnight at Disney’s Contemporary Resort  will boast a live  DJ, seasonal bites from several Disney restaurants, dancing and culminating with Magic Kingdom Park fireworks viewing and a champagne toast.

At Universal’s Islands of Adventure, Grinchmas  takes over Seuss Landing with a live retelling of Dr. Seuss’s beloved holiday tale during the Grinchmas Who-liday Spectacular,  while Hogwarts is transformed with Christmas in The Wizarding World of Harry Potter starting Nov. 17, complete with seasonal treats and renditions from the famed Frog Choir.

SeaWorld’s Christmas Celebration.  Includes a nativity show with live animals and meet-and-greet with Rudolph the Red-Nosed Reindeer and friends. Beginning Nov. 27, guests can also Dine with Rudolph, while Santa Claus at Wild Arctic invites guests to take a ride to the top of the world to meet and take selfies together.

Celebrate the connection to the sea, sea life and the world at SeaWorld Orlando’s New Year’s Eve event.

Christmas Bricktacular, during December weekends, is the place for families to pose for pictures at the 30-foot tall LEGO tree made with some 270,000 LEGO and DUPLO bricks and check out the life-size LEGO Santa, reindeer and sleigh, among other holiday doings.

Families can ring in the New Year before bedtime at Kids’ New Year’s Eve at LEGOLAND Florida Resort. Move and groove at an exclusive dance party, catch the giant LEGO brick drop at a kid-friendly hour and wind down the year with LEGO-inspired fireworks – all before midnight.