Getting them outdoors and away from electronics this fall 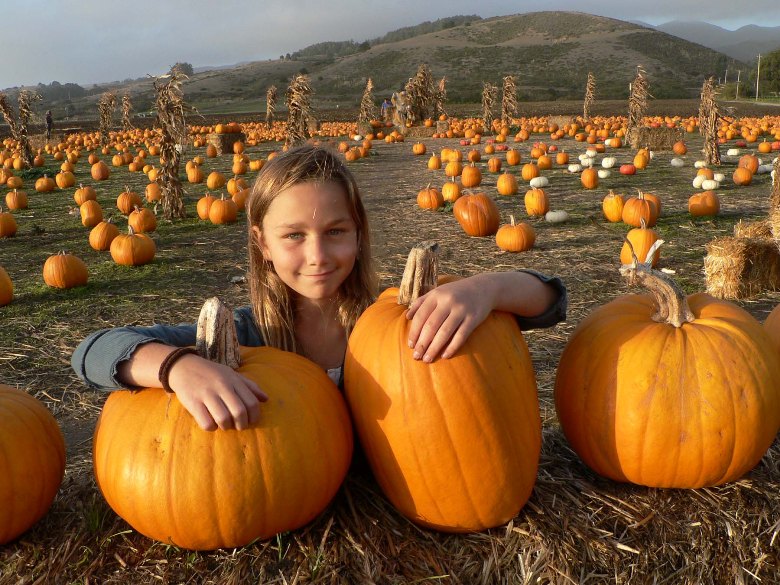 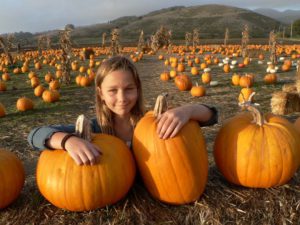 At the Pumpkin Festival in Half Moon Bay CA

They’re the one thing I always put in my backpack when heading outdoors with kids in the fall — whether they’re 4, 14 or 24. Those Ziploc bags of M&Ms have been known to inspire art creations, stop a meltdown and even spur healthy debate (Do the blue ones really taste better than the orange? Are they better mixed with dried fruit, granola or nuts?)

What’s in your pack? I hope you’ve got one ready. Wherever you live, there’s no better time than fall to get outside with the kids. It doesn’t have to cost much either. There are free festivals coast to coast.

How about the Woolly Worm Festival in Banner Elk, N.C., or the pumpkin festival in Half Moon Bay, Calif., the world’s pumpkin capital,? Both are in October.

Go pick apples and pumpkins and come home and make a pie with your tweens. It’s easy to find a u-pick farm near you. (Check out www.pickyourown.org.) In Vermont, you might even win an iPod during “Apples to iPods,” a statewide scavenger hunt during which visitors who find specially marked wooden apples will win an Apple iPod or maybe an iPad. (Check www.applestoipods.com for details.)

When was the last time you raced your kids through a giant corn maze? There’s one near my home in Connecticut at Lyman Orchards, which offers a four-acre Yankees vs. Red Sox Maze. Lyman’s, an 1,100-acre farm in central Connecticut, was established in 1741!

We saw that first hand last summer when we took a middle-schooler from the Bronx — under the auspices of the Fresh Air Fund — to a New Hampshire farm for the weekend. He’d never seen garlic out of a jar or eggs not in a carton. By the end of the two days, he was gathering eggs like he’d grown up doing it, a big smile on his face, despite the pecking chickens.

We all know our kids are spending too much time inside. Sure, we’re worried about their safety. But we should be more worried about how much time they are spending in front of the TV, computer or bent over a smartphone — typically more than seven hours a day, according to the Kaiser Family Foundation. That’s scary!

First lady Michelle Obama has tried to encourage kids to get outside and get more exercise with her Lets Move! Campaign (www.letsmove.gov) to combat childhood obesity. Children need 60 minutes of play with moderate to vigorous activity every day to grow up to a healthy weight, experts say. I spoke with the first lady earlier this summer about her push for healthier lifestyles for children, especially while traveling.

And too many of them aren’t getting it. Adults either. So while you can, go jump in the leaves! Find more festivals and ideas for outdoor getaways at our special fall getaways section.

Family Travel Forum has a state-by state directory of leaf peeper hotlines. It’s not just about looking at the leaves, of course! Let preschoolers jump in them and make leaf scrapbooks and acorn or pine cone sculptures for school.

Take your little ones not yet in school to a national park. You won’t have trouble getting a room at Yellowstone or the Grand Canyon, where you can ride the Grand Canyon Railway to the park. The kids will love the hokey cowboy entertainment. Come on an October weekend and ride a special train to a secret pumpkin patch. (While you may want to skip camping at Yosemite this fall as a result of the Hantavirus outbreak, you will find plenty of hotel rooms at other national parks.)

Spend a few days hiking or biking where the leaves are especially pretty. You’ll find great deals in ski towns across Colorado, Utah and California.

At Stoweflake Mountain Resort and Spa, in the picture-perfect New England town of Stowe, Vt., check out the foliage from Vermont’s highest peak or hike along the Appalachian Trail — save up to 15 percent on rooms and 20 percent on spas or restaurants. (Rates start at $199 a night.)

In New Hampshire’s Waterville Valley, in the middle of the 770,000-acre White Mountain National Forest, you’ll find plenty of hiking trails, fishing, a skate park and Summer Unlimited Packages until mid-October, starting at $169 a night and including a variety of activities. Come at the end of September for the storytelling festival.

The National Wildlife Federation, meanwhile, has just announced its Hike and Seek program, which consists of a series of outdoor events aimed at families in six major cities across the country — all part of a broader “Be Out There” effort to get kids outdoors and connected to nature.

The hikes (one to two miles) have interactive “Stop and Study” stations with nature crafts, live wildlife displays, and more.

In the South? Nantahala Outdoor Center in Bryson City, N.C., invites families to come learn how to paddle with instruction geared to kids and teens.

You’ll all be the better for it. “Most parents want their kids to get what it is like to be fully alive, using all of your senses,” said Richard Louv, best-selling author and the founding chairman of the Children and Nature Network, which strives to connect families with the outdoors in new ways.

“Everything — critical-thinking, mental health gets better outside,” Louv said. “It is as important, or more important, than Suzuki violin.”

So where are your backpack and M&Ms?