Half Moon Bay, CA, gets ready for families with lots of pumpkins 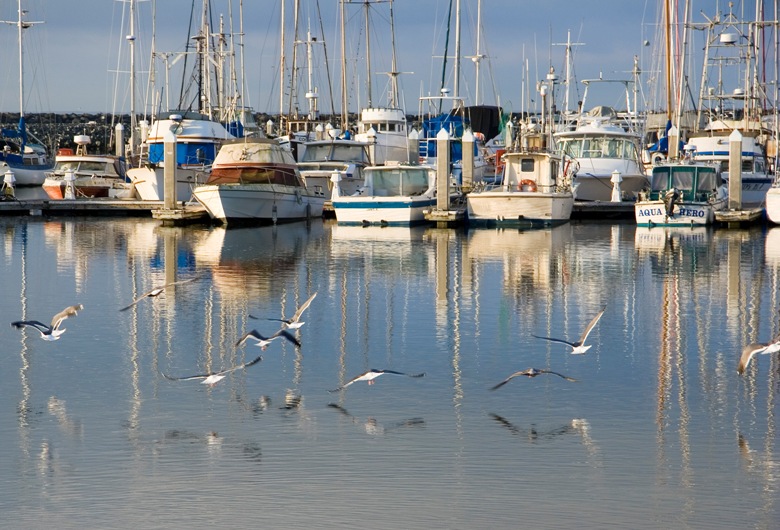 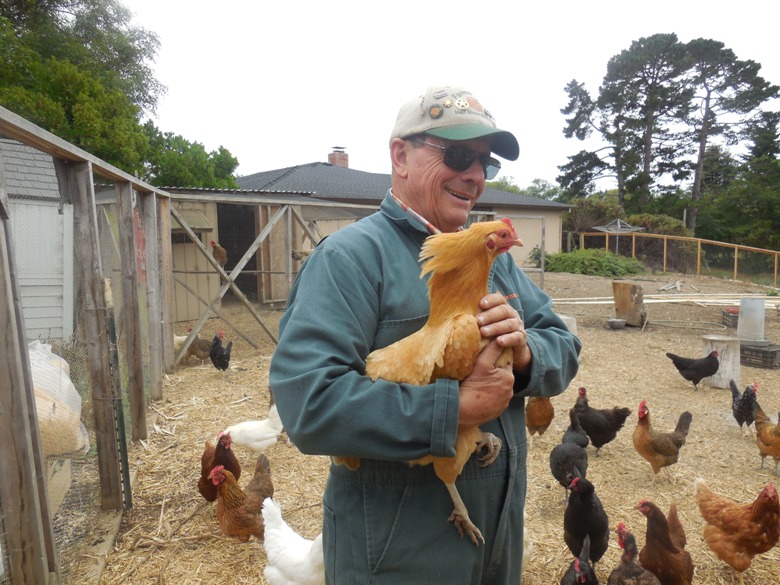 Farmer John and one of his chickens

“They come in all sizes, colors and shapes, but inside we are all the same,” explains Farmer John Muller, a third-generation California farmer. He’s also the mayor of Half Moon Bay, the Northern California city about an hour south of San Francisco, which bills itself as the World’s Pumpkin Capital. The coastal climate here, with warm days and cool nights, is perfect for growing pumpkins.

Who knew a visit to a pumpkin patch could offer such a life lesson.

At Muller’s Daylight Farms right near downtown Half Moon Bay, Farmer John showed off some of his pumpkins, which should reach 800 to 1,000 pounds for the famous Pumpkin Festival next month. It draws thousands and includes a Pumpkin Parade, championship pumpkin weigh offs, live music, a haunted house and expert pumpkin carvers. (Could you carve a 1,200-pound jack-o-lantern?) All fall, families and school groups come to Farmer John’s pumpkin patch just off Highway 80 where they can choose from 80 varieties of pumpkins — they’re not all orange.

Of course, there’s a lot more here than pumpkins to draw families, beginning with the stellar beaches. I wake up to the bleating foghorn and the chattering seabirds at the 54-room Beach House Half Moon Bay overlooking the Pillar Point Harbor, home to commercial and sport fishermen. The famous 7-mile Coastal Trail is just outside our door.

I see why my daughter, Regina Yemma, and her fiance, Dan Foldes, have chosen this area for their wedding. It’s got everything for families — opportunities to walk and play on the miles of beaches, the chance to explore teeming tide pools, watch the sea lions or hike amid the towering coast redwoods, farm stands and pumpkin patches, and then chow down on local veggies (some from Farmer John’s farm) and seafood at local restaurants. Pasta Moon on Main Street in downtown Half Moon Bay, a fixture here for 28 years, has such a commitment to local produce that the restaurant’s website even tells you what is at peak freshness and what is in season. Families love this place for the homemade pizzas and pastas.

We walk a trail at Pescadero Marsh Natural Preserve watching scores of baby heron in the trees in a rookery and spy a turtle in the water.

We stop at Harley’s Farm and Goat Dairy in tiny Pescadero to sample goat cheese (do we want pistachio and apricot, sun-dried tomato, chive?) and laugh at all the baby goats born this spring. We walk along Pebble Beach with its distinctive small pebbles instead of sand.

At Pillar Point Harbor, locals check in to see what fresh-caught fish commercial fishermen are selling “off the boat.” The harbor’s Princeton Seafood will clean and fillet the fish at a nominal price; when it’s crab season, they’ll even boil them for you too. During crab season — in fall and through the holidays— people drive from all over the bay area to get them.

We opt for lunch overlooking the Harbor at the Half Moon Bay Brewing Company, an exceedingly kid-friendly brew pub complete with a healthy kids’ menu (think bay shrimp salad, wild salmon and grilled prawns — all under $10). Mary Oldham, one of the restaurant’s partners, and a mom, suggests that a trip to Half Moon Bay is the chance for kids — and adults — to try some new foods — like locally grown artichokes. “Eating artichokes can be fun,” she said. (For more fall fun ideas, check out the Taking the Kids Fall Getaways section.)

You could happily spend the day in and around Pillar Point kayaking or watching the surfers: The famous Mavericks surf break is 1.2 miles offshore of the small town of Princeton-by-the-Sea. Surfers come from around the world in the winter to compete in the Mavericks Invitational in some of the world’s biggest waves that rise more than 50 feet.

Beginners can take surfing lessons at surfer’s beach; Mavericks Surf Shop can help set you and your kids up. But there is so much else to see and do. My daughter had given me a tour of some of her favorite spots like Bean Hollow State Beach where we watch the harbor seals laze on the rocks. A little farther down the coast there’s Ano Nuevo State Park with its famous elephant seal rookery.

Stop at the farm stands along State Route 92, the east-west highway. Farmer John explained his family began the pumpkin patch some 12 years ago so more families could share the farm experience complete with a hay ride, the chance to climb on an old tractor and, of course, take lots of photos. His daughters, son-in-law and two grandchildren, ages 6 and 8, help.

He loads up my daughter with garlic, potatoes, arugula, onions, squash, fresh eggs and more — some of the same veggies we’ll eat for lunch later that day at the Ritz-Carlton Half Moon Bay’s Conservatory Lounge where I order pasta with Daylight Farms’ arugula, basil and local olive oil.

All October, the hotel will feature Farmer John’s pumpkins in dishes and a series of cooking classes, said Executive Chef Xavier Salomon. “People want to know where their food comes from,” he said, adding that when kids have the chance to meet a farmer like Farmer John and see where their food comes from, they’re more willing to try something new. “We’ve made the kids’ menu much healthier and it is working,” he said.