Hot dogs and chicken fingers? Not at all restaurants thankfully 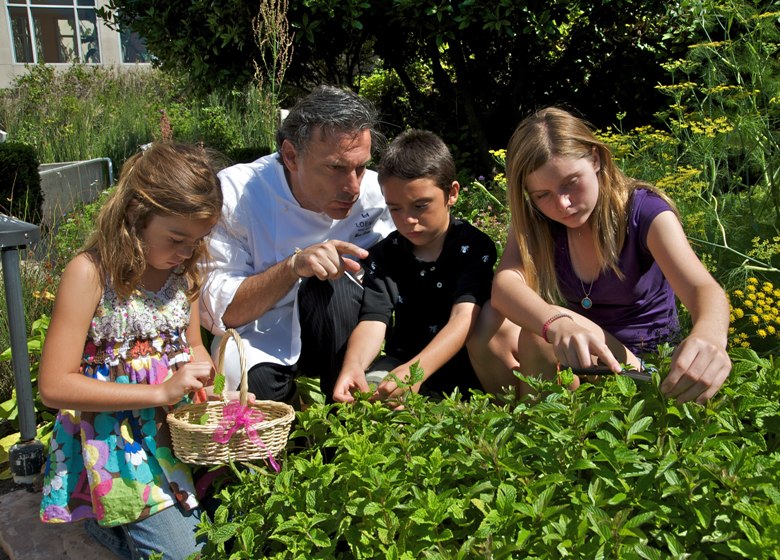 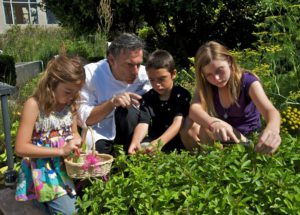 I’m so tired of hotels and resorts touting kids-eat-free programs limited to traditional kids menus. Do we want to encourage children to eat a steady diet of mac and cheese, chicken fingers, hot dogs and fries? Do kids, once they are in kindergarten, even want that? Not the kids I know who love sushi and steak. Not their parents either.

We all know the dismal childhood obesity statistics: 1 in 3 children are overweight or obese. But whether a child is overweight or not, it’s certainly not healthy to eat a steady diet of fried and fat-laden foods on vacation.

First lady Michelle Obama certainly would agree. She has made the fight against childhood obesity her central campaign, complete with a much-publicized organic garden and pleas to families to eat healthier (www.letsmove.gov).

Maine Restaurateur Jonas Werner has got his kids to thank for his aha moment on the issue. Werner, owner of the Freeport, Me., Azure Cafe realized his two kids were turning up their noses at his traditional kids’ menu at the same time he and his wife wanted them to explore more foods.

As a result, the Azure Cafe now offers smaller portions (at a reduced price) of just about everything on the menu — from calamari to filet mignon and Scottish salmon. Freeport, a tourist town, is the hometown of LL Bean and it attracts almost as many visitors as Maine’s other top attraction, Acadia National Park.

Werner’s philosophy has won him a local following, including his kids’ friends who come in for a half-sized order of calamari or salad with caramelized pistachios and strawberry vinaigrette. “If you can get kids when they are young, they will influence other kids around them and their parents,” he says.

Let’s hope so. Even theme parks — that traditional bastion of unhealthy eats — are beginning to rethink their offerings. Robert Eti, executive chef for LEGOLAND Florida, scheduled to open in Orlando this fall, has created a farm-to-table program in which LEGOLAND buys and cooks with produce grown and delivered from local farms. As a result, he’ll add salads, wraps and fresh fruit to his kids’ menus.

Nearby at Downtown Disney, Kids chowing down at Wolfgang Puck Cafe can choose California rolls made from ham and cheese while the Italian restaurant Portobello offers whole-wheat cheese pizza.

And in California, Loews Coronado Bay Resort has launched an “Adopt-a-Tomato” interactive dinner menu at its Mistral restaurant that not only offers healthier food — think petite tenderloin of beef and cottage cheese with local peaches — but also shows kids the impact their food choices have on the environment. At the bottom of the menu kids are asked to write down their “green commitments,” and are given tomato seeds to grow at home.

Maybe restaurateurs feel compelled to offer a traditional kids’ menu. “People expect it,” Werner says. But why not also offer smaller portions for smaller prices? Werner said it doesn’t cost him any more to do so. At Select Hyatt Hotels, kids may order half-portions for half price, but it isn’t a brand-wide initiative, a spokesman said, nor is it widely publicized.

Cafe Spiaggia in Chicago offers kids potato gnocchi with fresh tomato sauce while kids eating at Beano’s Cabin at Beaver Creek in Colorado are treated to pan-seared salmon, among other choices. The ART Restaurant at the Four Seasons Hotel Seattle offers mini pita pockets with grilled chicken and hummus and a veggie burger on its kids menu, which comes with a special activity book created by a local author all about a lost pup searching the city for his owner.

At the iconic Breakers Palm Beach Resort, the kids’ menus at the resort restaurants offer seared mahi mahi sticks with sweet potato fries, pineapple glazed fish with steamed organic broccoli brown rice and baked chicken parmigiana. Why are these the exception rather than the rule — and more typically at upscale hotels and eateries?

And if you think your kids won’t touch such stuff, give it a try. Travel is about new experiences, expanding horizons — and what better way to do that than through food. “Absolutely we want to encourage families to let kids try something else,” Werner adds. “Our goal is to cook food people will love — even if it is something they’ve never had before.”

Just last weekend, I urged a couple of 12-year-old boys visiting us from New York’s inner-city neighborhoods, courtesy of the Fresh Air Fund, to sample New England Clam Chowder, crab cakes and even fresh oysters at Latitude 41, a restaurant at Mystic Seaport. We were in New England, after all.

The chowder (you’ll even find it on kids’ menus at the Omni Mount Washington Hotel in New Hampshire, www.omnihotels.com) and the crab cakes were a hit; the oysters not so much. But we congratulated the boys for their willingness to try something new, and kudos to the restaurant for letting them sample small portions.

I wish more restaurants and hotels would give kids that opportunity without forcing parents to pay full freight. (That’s why cruises can be such a good bet for families who want to expand their kids’ culinary repertoire.)

Werner, meanwhile, knows what he’s doing is not only good for families but good business. “Parents are happier and the kids are happier,” he says. “And, hopefully, that makes for return customers.”