Day 2 in Norway – rafting and exploring the Western Fjord region 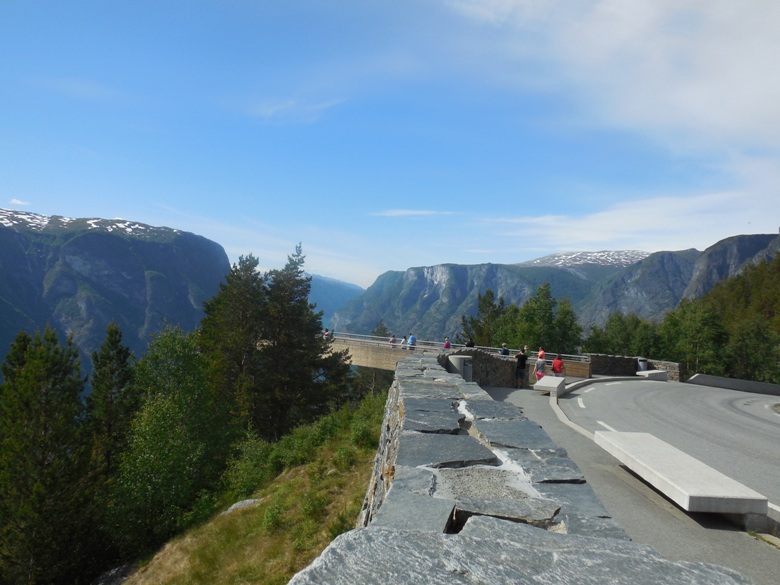 Actually they weren’t bad—nor especially good. Our Adventures by Disney group touring Norway is  having an outdoor BBQ at the end of a long day—rafting, sightseeing – in Flam, Norway at the Fretheim Hotel, which we learn has been welcoming gests since the 19th century when English lords first arrived looking for new places to fish for salmon.

The richest farmer in town, Christen Fretheim, accommodated them in his home and soon expanded his facility with its spectacular views of the snowcapped mountains and the fjords into a hotel. 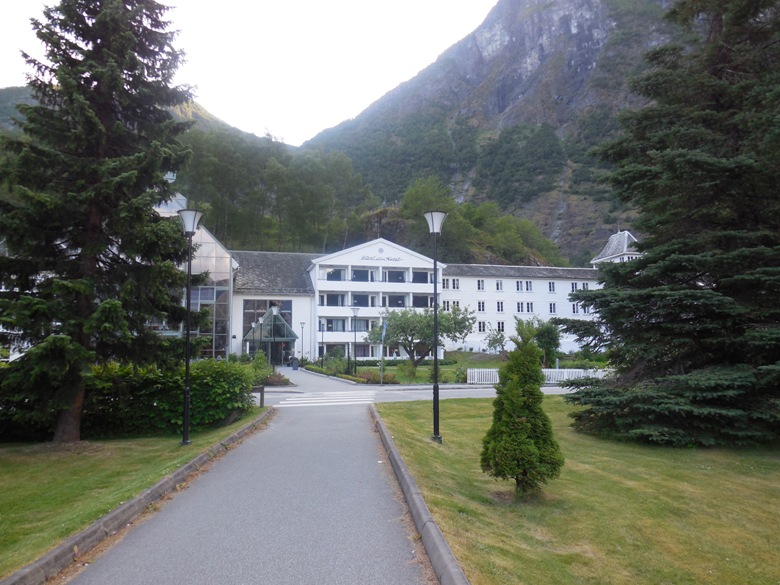 Is the hotel haunted? Some think the spirit of Marthe Fretheim permeates the place, especially in the “historic” part of the building.   Marthe took care of the guests—down to a hot water bottle in the evening—for many years and some believe her ghost still is making sure they are well cared for.

“But she’s a good spirit,” one hotel employee said.  “She makes us do our job well.”

We are on the second day of an Adventures by Disney new itinerary designed to show guests not only the glorious fjords and small farming villages of Norway but to explain the inspiration behind the hit film Frozen.  The filmmakers visited these small villages, the spectacular fjords and ice capped mountains as they put together the tale of the orphaned royal sisters that has so resonated with children—the elder Elsa who learns that love is what will help her control her powers to create snow and ice and the younger Anna, who never gives up on her sister. There is also a prince who turns out to be far less than charming, a loveable snowman, wise reindeer… and more.

I love that on this trip, I don’t have to worry about anything — the guides Kira Butler from Cincinnati and Torgeir Skjerdal, who grew up on a farm near here, sweat all the details—everything from snacks and water on the bus (they encourage us to reuse our water bottles because tap water is so good here) to sunscreen, hand sanitizer and plenty of fun facts about Norway.   Did you know the Norwegian alphabet has three more letters than the English alphabet?

They even pass around books about Norway.  “Tinker Bell” picks up our luggage outside our room and make sure it appears at our door at the next hotel; no need to check in or out—they do it for us, and hand us the keys.  Nice!  Did I mention the pleasure of not driving on unfamiliar winding roads and being able to sit back and enjoy the scenery?

The drawback: traveling with a group of nearly 40 people on a trip that requires considerable bus time. 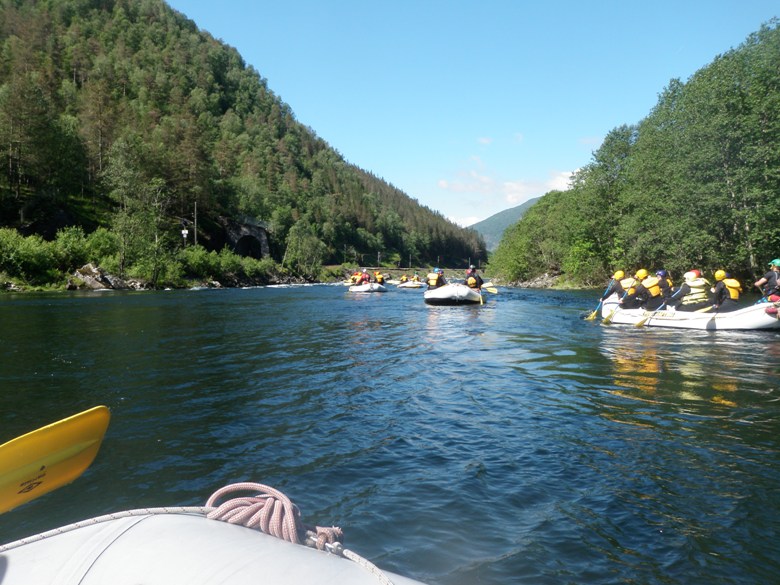 Rafting on the Stranda River in Voss Norway

Our day began in Voss, considered the adventure center of this outdoors-loving country where there is rafting, kayaking, rock climbing and more in summer, and back country skiing, ice climbing and other snow sports in winter.

We go out with Voss Rafting on the Stranda River.  We’re learning a few Norwegian words as we go from our Norwegian guide Torgeir.  Elv means river and Foss means waterfall.

I realize that everyone’s definition of adventure is different.  This is a float trip where the biggest excitement comes from those opting to jump into 48-degree water (we were wearing wetsuits) rather than any rapids.

Stegastein Viewpoint over the Aurlandsfjord in Norway

Afterward, we were treated to a riverside lunch prepared for us —grilled pork chops, salad and potato salad before heading on for a photo opp at the famous Tvindefossen waterfall just outside of town. Drink the water we’re told, to preserve youth.  Then a long winding trip up a one lane road—other cars had to back up to make way for our bus—to  the Stegastein Viewpoint over the Aurlandsfjord, where we stand  on a platform about 2000 feet above the Fjord.  Wow! It is one of the most majestic views I’ve seen anywhere in the world—the snow-capped mountains, the famous Fjords below, the high granite walls.   No wonder this narrow, difficult to maneuver road with its hairpin curves is a designated National Tourist Road.

We pass traditional red Norwegian homes and farms, a few sheep and lambs grazing, though most are higher in the mountains.  Torgeir tells us his dad is a sheep farmer and one of his jobs in fall would be herding the sheep to lower ground.  “I don’t only hike in the mountains for fun,” he said. “I’m chasing sheep.”

The villages are so small here that he adds he literally knew everyone we pass on the narrow, steep road.  These days, such roads are mainly for tourists to enjoy the scenery.  Locals use the tunnels that have been blasted through the mountains. tunnels.

During summer, the sun never sets in Norway which means it never gets dark.  At 9:30 pm, it’s still as bright as mid day as I look out our hotel window.

Is it too late for a hike?