In Jamaica, the story of Martha Brae and the Rio Mateberion 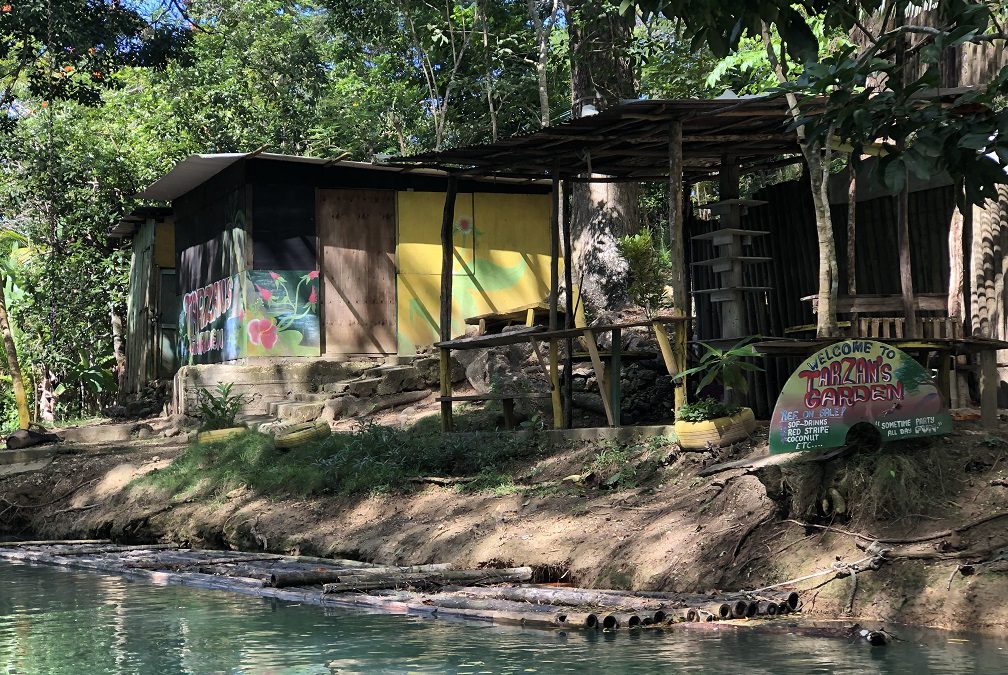 DISCOVERY BAY, Jamaica — As the story goes, Martha Brae was a Taino witch who was tortured by Spanish settlers until she told them where gold was hidden along the 48-mile river that runs to the ocean. After telling them, it is said, she changed the course of the river, killing the settlers and blocking up the cave where supposedly the gold is still hidden.

The alternative story—and less interesting—is that Martha Brae came from the Spanish name for the river Rio Mateberion.

During the plantation and slavery era, the river was used to connect the sugar plantations in Trelawny to the port town of Falmouth–long bamboo rafts were used to float the sugar and other crops to the harbor and ocean-going vessels bound for Europe.

We are staying in Sundown Villa, on Jamaica’s north coast about a half hour from the Martha Brae River. It is owned by Gordon Butch Stewart, the chairman of Sandals Resorts International. When not used by his family, it is rented as part of Your Jamaican Villas with a staff of six to cater to guests’ needs.

Chef Shanque Witter uses some of the fruits we see along the Martha Brae in her cooking—breadfruit, mangos, coconut, among them.

It is easy to see why this is a top excursion for Jamaica visitors, especially the cruise ship crowd who typically port in Falmouth ironically. It is so relaxing! So interesting to see the local vegetation and birds. We even spy a huge termite next high in a tree.

Island Routes Caribbean Adventures has arranged our rafting trip They are an independent operator of authentic, curated excursions and experiences in the Caribbean. Our guide Everod Pinnock steers the raft—the water is crystal clear and in some spots, not at all deep—with a long pole.

Like many of river guides, Pinnock explains that he, along with many of the raft guides are artisans who carve bowls and vases from the bark of the Calabash trees that grow along the river.

Eleven million gallons of water, he tells us, are pumped from the river daily to a water treatment plant, supplying water for thousands of people. Locals fish in the river too.

We pass a local family—the kids splashing in the water, the mom doing the laundry in the river—and other local vendors selling big seashells and carved animals. Along the way is a memorial to the slaves who had been brought from Africa forced to work here between 1533 and 1807 when the Slave Trade Abolition Bill was passed in the British House of Lords in 1807 (Jamaica was a British colony then.)

Today tourism has replaced sugar as a top Jamaican industry with more than 50 per cent of locals working in the industry—many of course at the Sandals and Beaches resorts on the island.

But you can always try a “river cruise” like we did.