In Phoenix, an amazing museum of musical instruments 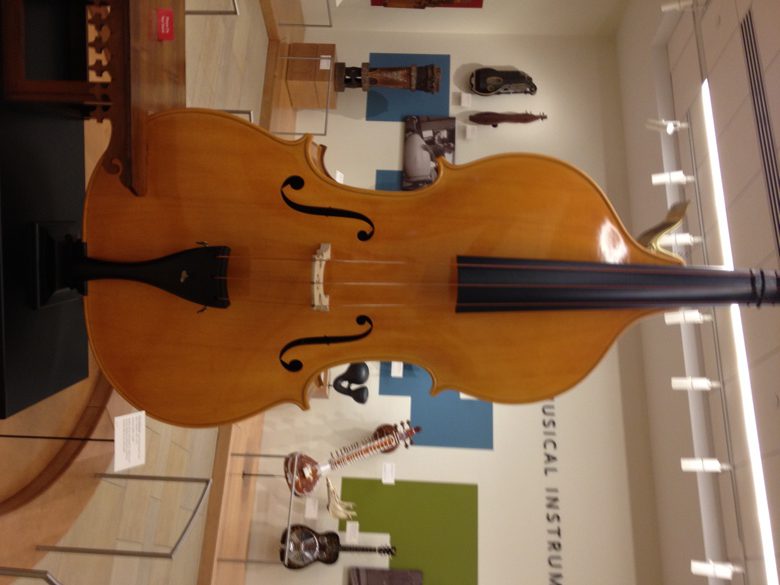 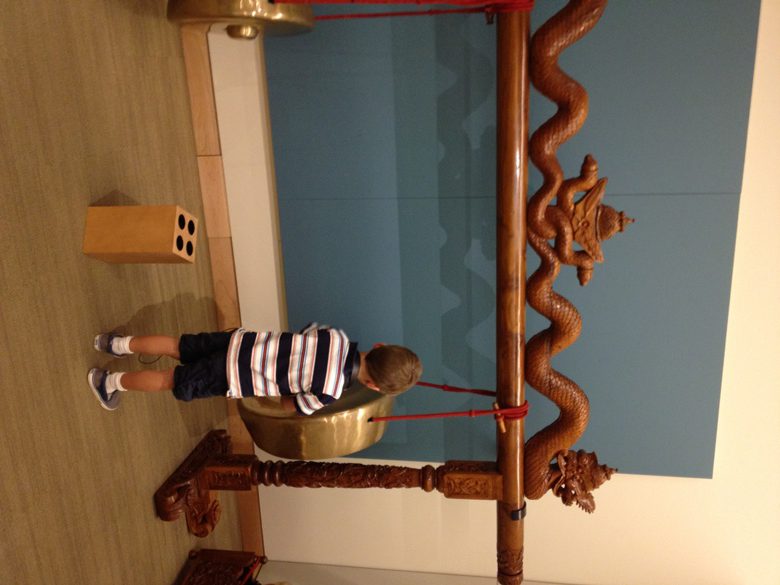 At the Musical Instrument Museum in Phoenix AZ

Imagine a place that encourages kids to celebrate what is unique about different cultures and also the same.

Imagine a place that engages kids and their parents and grandparents.

Imagine a place where you can see the piano where John Lennon composed Imagine  and the first Steinway piano, built in the kitchen of Henrich Engelhard Steinweg’ s home in Germany in 1836, one of Paul Simon’s guitars and Elvis’s costumes.

Imagine a huge experience room where kids can try their hands at guitars and giant Chinese gongs, at drums and xylophones, harps and ukuleles.

Welcome to one of the most unique and wonderful museums I’ve ever visited—The  Musical Instrument Museum in Phoenix, AZ—a 200,000 square foot  building      housing nearly 15,000 instruments and artifacts from around the world with nearly 5,000 on display at one time.

We were in Scottsdale  staying at the historic JW Marriott Camelback Inn for a moms’ getaway that would combine a little spa, a little hiking and biking, good eats and museum going.  The Musical Instruments Museum was top on our list.

But this isn’t just about seeing the instruments. It’s about hearing them played by people in their native countries.  Thanks to 21st century guidePORT technology, you can watch a video and hear the music as soon as you walk up to the exhibit, head phones in your ears.  The audio guides are completely automatic and provide the sound track for the videos at more than 300 sites. (Hidden identifiers at the exhibits cue the guides when a visitor is standing in front of the video monitor.)   No buttons to push or text to read!   No wonder kids and their parents love this place. Just in the 2 and a half years the museum has been open, there have been 400,000 visitors.

There are other museums of musical instruments, but none with such an expansive collection from around the world—harps, zithers flutes and trumpets from the Middle East,  African drums,   a 17th century spinet and 20th century  electric guitars…an Appalachian dulcimer, a ukulele, bagpipes and cymbals.

There are miniature violins and drums that are eight feet high.

Musical instruments have been acquired from more than 200 countries  and date back to between 4000 and 5000 BC (a drum from China).

Today’s music and musicians are just as celebrated. A Taylor Swift exhibit is set to open later this fall.  “If that’s what it takes to get teens into a museum, that’s what we’ll do,” said one Museum spokesman.

The day we visited, a Mexico exhibit was being opened with live performances, crafts for kids and face painting.

This museum was the brainchild of Robert J. Ulrich former CEO of Target. He and a pal came up with the idea after vising the Musical Instruments Museum in Belgium. The idea: Create a collection that shows musical instruments and music from every country in the world, using state of the art technology.

Kids—and adults can linger where they like and more on if they aren’t interested.  Maybe they’ve visited Costa Rica or Switzerland; Maybe they have a friend from Mexico.  Here’s a chance to explore a little of that culture through the universal language of music.

There are costumes—from China and Arizona (native American) and Mexico (Mariachi bands) and Spain But it’s the chance to see the musicians and hear their music while standing in front of their instruments that  makes the place come alive.

At once we realize how distinct and different our cultures are and how we are all the same, communicating through music.  It’s easy to see why most visitors spend several hours here….If you listen to all of the videos, it would take 12 hours!

Why Phoenix? First there was the space to build this large facility.  Second, the region attracts many conventions and visitors from around the world to its golf courses, resorts and of course natural wonders like the Grand Canyon.  The museum literally is jut off the highway.

New instruments are being added all the time.  Visitors can watch through large windows as conservators work  on instruments in a lab. Research is currently being done on what may be the world’s oldest guitar, dating back to the 16th century.  Impressive!

Where to start? With what interests you most. Harmonicas…or electric guitars (there are exhibits of Fender, for example)   Instruments from Africa or Latin America…the United States—everything from hip hop to classical orchestra.

Music of the Native peoples are highlight in eight displays with everything from a water drum to a flute and Apache fiddle.

This is that rare museum where parents really don’t have to work to engage the kids  or interpret the exhibits—it is all there for them to go at their own pace.  Learning about Africa in school? Explore the exhibits and musical instruments from  47 sub-Saharan and 21 North African and Middle Eastern nations.

See the traditional Israeli Shofar and learn about the Klezmer bands.  Check out the amazing curved trumpets from Nepal and watch the scissors dance performed in Peru.

The Best part: watching kids in the Experience Gallery banging a Chinese gong, trying a xylophone, a drum or tiny guitar.

No one was telling them to be quiet.  After all, they were making music.