IT’S ABOUT THE MEMORIES! 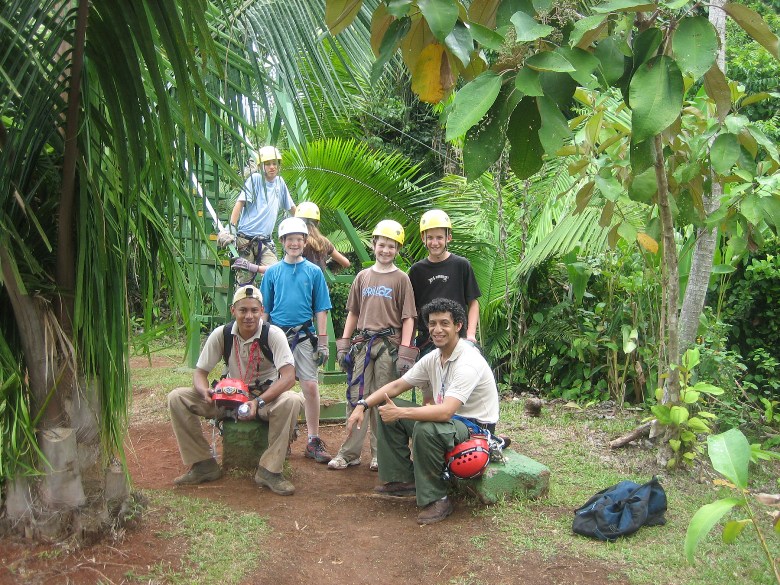 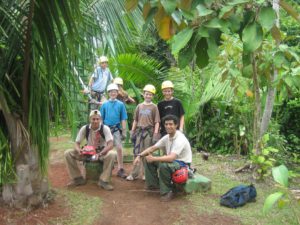 Hanging out in a Costa Rican rain forest.

It’s about the memories!

Remember that the next time you’re tempted to scold your impossible, uncooperative preschooler in the middle of Walt Disney World, peck away on your BlackBerry poolside, instead of jumping in and playing Marco Polo with the kids, or disown your teen who refuses to leave her hotel room, yet complains of being bored.

Of course, traveling with children is stressful no matter what their ages and especially now as we question the expense of getting away and worry whether or not our jobs will be there when we get back. And then the kids ratchet up the stress level by whining, complaining, and sulking. But then there are those wonderful, albeit infrequent, I’ll-never-forget-this thanks’-for-bringing-me moments. That’s why we need to keep “taking the kids” (and grandkids), despite the dire economic outlook and their imperfect behavior. (They’re kids after all!) Years from now, I promise, they’ll remember screaming themselves hoarse on that new roller-coaster, their first time down an expert ski slope, catching a big enough fish to cook for dinner, hiking up the side of a waterfall, seeing a Broadway musical or scanning Paris from the top of the Eiffel Tower.

My kids certainly do, though we’ve certainly had plenty of bumpy rides, missed turns, earaches and worse along the way. I was thinking of the trips that went right and those that didn’t, as I perused our Christmas ornaments — the Eiffel Tower when I took my daughters to Europe right after 9/11; the moose-on-skis from Colorado (that was the trip the kids officially declared me “too slow,” to ski with them), the canoe from Minnesota (when my 5-year-old daughter trumped her older brother and caught dinner), the Beefeater from London (when all my 8-year-old son wanted to do was chase pigeons in Hyde Park), the bear from Alaska and the hula-dancing Santa from Hawaii (from the trip my teen spent the whole time on his cell phone with his girlfriend)

The trips never went as I expected or hoped, but they were always memorable. (Email your most memorable 2008 travel moments to Eileen(at)ttk-old.o2dev.net and I’ll use them in an upcoming column.)

Here are just a few of my most memorable 2008 travel moments. I hope they’ll inspire your 2009 adventures:

SKIING WITH AN OLYMPIAN: If my kids could see their slowpoke mom now! On this day, as snow dumps on The Canyons Resort in Park City, Utah (www.thecanyons.com), I’m skiing with former Olympian Holly Flanders. We’re knee-deep in powder and Flanders coaches me down an expert run. Other women, including one of my oldest friends, are waiting to congratulate me at the bottom. We’re all enrolled in Flanders’ ski clinic for women. I’m freezing, covered in snow, but jubilant. There is something to be said for doing something you were afraid to try; for stretching your boundaries for the pure joy of it. “If you can accomplish this challenge, you can overcome many other things,” Flanders says. (Look for deals at The Canyons this year that include lift tickets with condo rentals.)

GETTING UP CLOSE AND PERSONAL WITH A SEA TURTLE: Just a few feet in front of us on the dark, windswept Costa Rican beach in the tiny village of Tortuguero, the 300-pound Green Sea Turtle drops her eggs into a nest she’s dug deep in the sand — more than 100 eggs before the evening is out. Not many, we learn, will survive. It’s one of those I-can’t-believe-I’m-here moments. Even the most blase teens in our group — on a weeklong Costa Rican adventure designed specifically for them by Thomson Family Adventures (www.familyadventures.com) — are awed. There has been at least one thrill a day — holding a Blue Morpho butterfly, whitewater rafting, playing soccer with local school kids, horseback riding through a rain forest and communing with the monkeys in the trees right outside our cabins. There’s a lot to be said, I think for taking kids outside their comfort zone (no air conditioning! No TV! No cell service!), and seeing them navigate unfamiliar turf so well. None of us will ever forget that mama turtle. (Book before Jan. 1 for additional discounts in 2009.)

THANKS, MINNIE! There are pirates and princesses everywhere — and relaxed, happy parents. It is past everyone’s bedtime but no one is cranky. I’m aboard the Disney Wonder (www.disneycruiseline.com) with my cousins and their two young kids and I’ve decided if there is vacation nirvana for parents and young children (45 percent of the 1,000 kids onboard are under seven), this is it. The kids and parents are treated like royalty. (Check out the towel animals on the bed, the new computer games, the giant dress-up corner in the kids club and the big water play structure on the private island. Did I mention the pool shaped like Mickey Mouse ears? Each cabin has an extra half-bath? Pluto gives the kids a hug after they visit Nassau; Snow White teaches preschoolers to dance while Captain Hook gives pirate lessons to first-graders. Other cruise lines are also laying out the red carpet for young families. This is one trip the kids don’t want to end — parents either. (Disney Cruise Line just announced that kids 12 and under sail free on most three-night sailings when sharing a stateroom with two adults from the end of January until the end of March.)

DE-STRESSING THE COLLEGE CIRCUIT: The view of Boston is spectacular from the 52nd floor of the Prudential Center. Rather than focus on the college admission process, which is why we were in Boston, offering the largest concentration of colleges and universities in a metropolitan area anywhere, we were focusing on our superb dinner — lobster soup to warm chocolate cake. It helped that we were also staying in the hip new Liberty Hotel (www.libertyhotel.com) built on the site of a former jail. (The bars add an interesting touch.) Sure college admission is tough but there’s no reason we can’t have some fun along the way. I wanted to show my high school senior she can enjoy herself, despite the stress. It helps to have a beautiful city as a backdrop and mom and dad to pick up the tab. (Check www.bostonusa.com for appealing winter deals and to ask hotels about special “college touring” rates. Type in “college discounts.”)