Keystone’s Kidtopia: A Unique Culinary Experience for the Whole Family 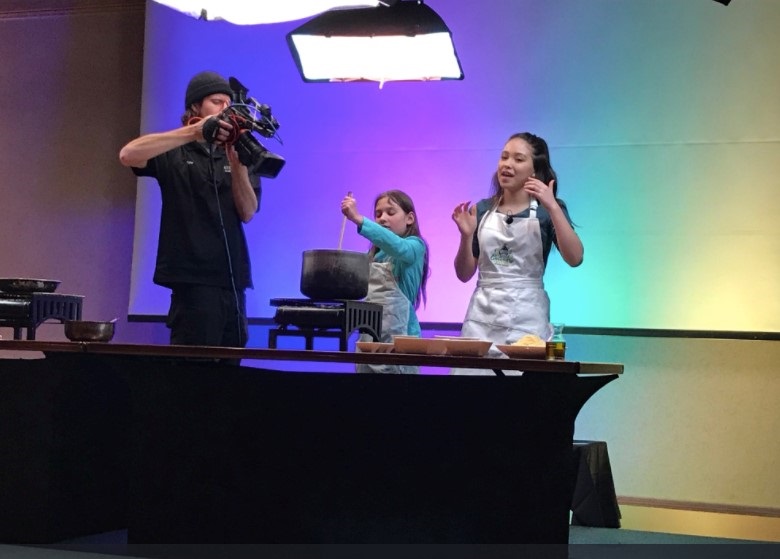 A culinary excursion at Kidtopia on Keystone Mountain

On my recent visit to Keystone Resort in Colorado with my young son, I had very little expectation other than skiing. I knew that the resort is owned by Vail Resorts, which offers great amenities in addition to skiing.

The snow was great, and my son was hosted by Kidtopia, a resort sponsored lineup of (mostly) free kids activities all year long.

But I wasn’t prepared for the culinary side of Kidtopia and believe me when I tell you that there is one. We happened to be in Keystone during its inaugural Culinary Festival, which offers a line-up tailored for even the youngest of foodies, offering cooking demonstrations, chocolate fountains, and dessert specials. It was the perfect time to explore the savory side of Keystone.

As part of the Kidtopia culinary line up, we joined celebrity chef Amber Kelley (just 14 years old!), winner of Food Network Star Kids and host of her own YouTube web series on FoodNetwork.com, and Juliana Malfitano, featured on Food Network’s Kid Chef Nation for a live demonstration prior to a buffet style dinner where guests get to assist in the preparation and cooking.

My son sat with other kids upfront near the stage, and the cameras, and learned how to make two gourmet pastas and a yummy chocolate mousse dessert. An MC walked around the room, and asked the audience trivia and contest questions, giving kids a chance to partake in the festivities. There were cards on the table to write down the recipes we were being taught. It felt very much like a TV show, and we were part of it. It was definitely a highlight of our visit.

Other events that occurred throughout the week included a Backyard Family BBQ Party at Labonte’s Steakhouse, Skating & S’mores with Juliana Malfitano, Ripperoo’s Ice Cream Sundae Party, a Gumbo Cook-Off with Celebrity Kid Chef Judge Nicholas Hornbostel, and an Intimate Evening with Chef Phillip Tessier. Beignets, cupcakes, cookies, popcorn, cotton candy were also a part of the week’s festivities. The festival was an annual event that will be repeated in 2019, so keep your eyes glued to their calendar for details.

Overall, Keystone impressed me with its varied choice of dining options. I’m a vegetarian and found healthy, non-meat options every which way whether we were no top of the mountain or down below. Up above is the Aplenglow Stube at 11,444 feet – the highest AAA Four-Diamond rated dining experience in North America. Another good one, and our favorite, is the Keystone Ranch, another AAA Four-Diamond rated restaurant located in an original 1930s ranch homestead that previously served as both a working ranch and home to some of the area’s first settlers.

On a personal note, I have to add that my son is special needs. He has great difficulty making friends and his interests are very limited. Fortunately, when it comes to food, I always win. At the celebrity chef event, he sat with other kids and they chatted about their favorite foods and where they’ve traveled to. He watched the chefs with great interest and left with a memory stamped in his mind forever.