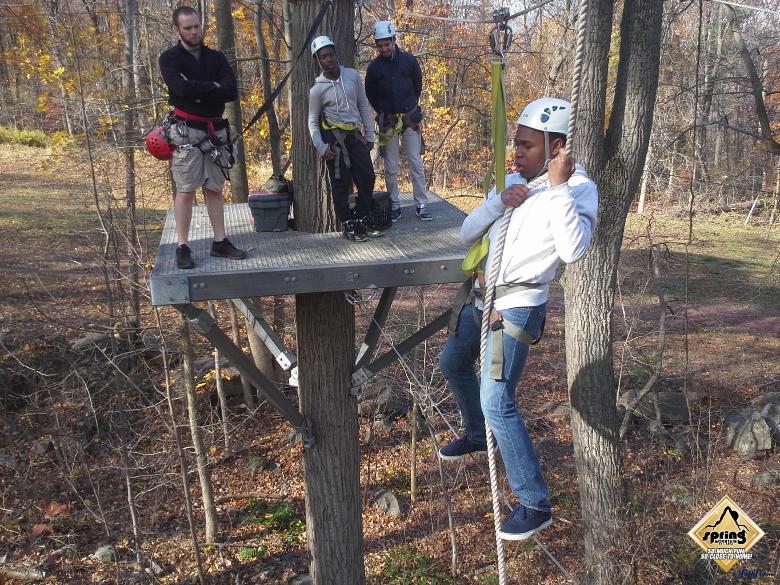 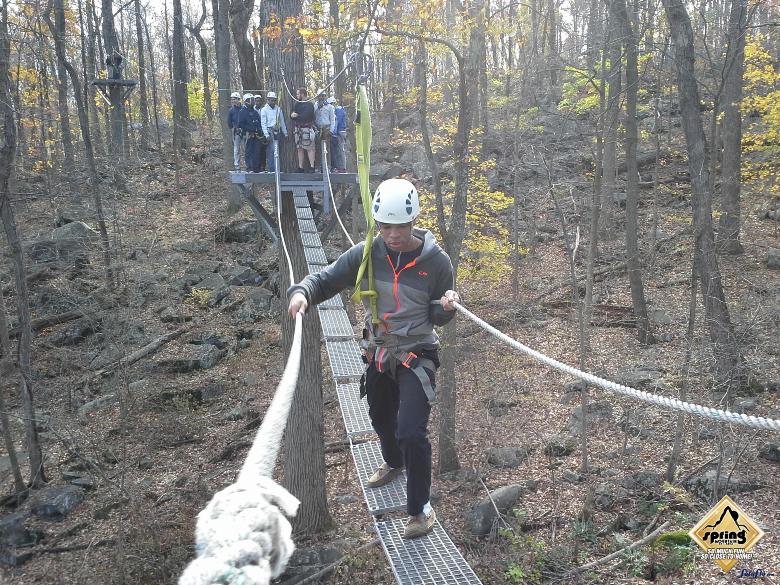 SPRING MOUNT, PA — On a beautiful autumn Sunday, the trees of Montgomery County in peak fall foliage, what better way to get outdoors than in the treetops.

We were at Spring Mountain, a modest ski area just outside Philadelphia but a mighty fine adventure place for a canopy tour with four expert guides — and six high-school scholars from the A Better Chance (ABC) program in Westport, CT.

Spring Mountain offers a variety of canopy tours during the warm weather months, including “haunted tours” in the weeks leading up to Halloween.  We missed that but were up for the FULL MONTY tour of 2-3 hours including 9 zip lines, 4 “bridges” (more on that later) and two rappels.

All but one of the ABC boys on this tour were novices to this kind of adventure, including a couple who expressed initial trepidation.  “Andy, are you afraid of heights? I think I am,” said sophomore Mannassas Ogutu from New Jersey, looking up at the course for the first time.  It was then that someone else in the group pointed out that Manny was wearing moccasins rather than laced-up shoes as recommended.

But Manny got right up there with the rest of the group, conquered his fears and told me when we finished:  “It was fun and a challenge at the same time. My favorite part was the ziplining… and it did help me with my fear of heights.”

High school junior Adrian Blevit conquering one of the bridges

All agreed the zip lining was the fun part.  The “bridges” – that was another story.  The first one was a rickety contraption of metal grates strapped together on cables with rope hand-rails — stretching about 25 feet (seemed like a mile while on it) and about 30 feet above the ground.  Traversing this monster felt like standing up on a surf board for the first time, and it felt like surfing in a hurricane when the guides began gratuitously shaking the bridge.

Not to worry about safety though.  Everyone on the tour wore a snug safety harness and helmet and was securely attached to an overhead cable on every traverse. 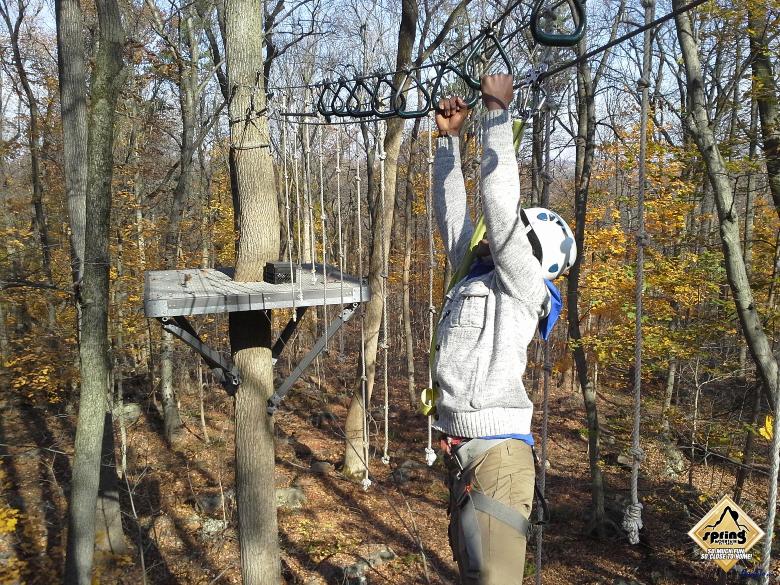 Two other “bridges” reminded us of the Flying Wallendas.  They were actually cables that we shuffled across while holding on to a variety of ropes — or in one case monkey-bar handles.  One of our guides, who we nicknamed “monkey man” actually traversed the monkey bars upside down.

The last bridge — which this Medicare-eligible correspondent took a pass on — consisted of a thick rope that the youngsters handled with seeming easy, hands and heels above the rope pulling themselves across. 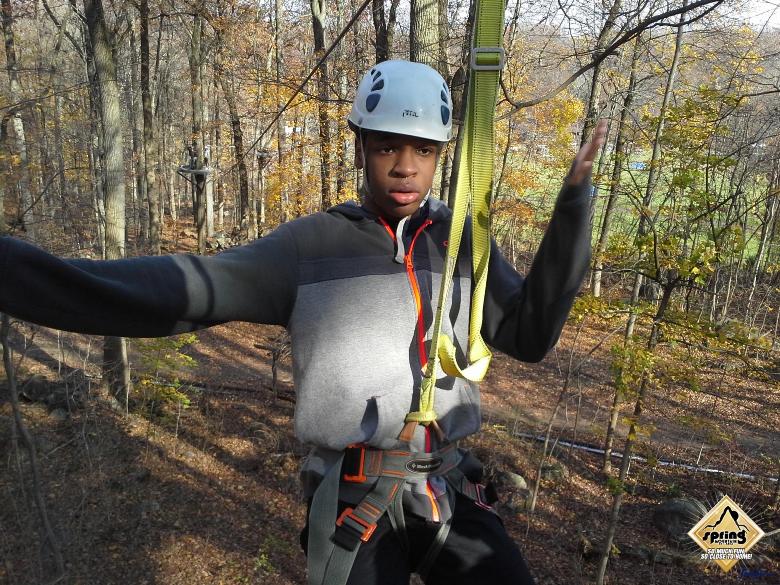 Sophomore Samuel Larkin from New York, another initial skeptic of this adventure, was the first to cross the final bridge and egged on his brethren to hurry it up.

“It was really fun and felt really good when we were done!” Larkin said.

The rest of the group agreed.  Thanks Spring Mountain.