Learning about mummies at the American Museum of Natural History 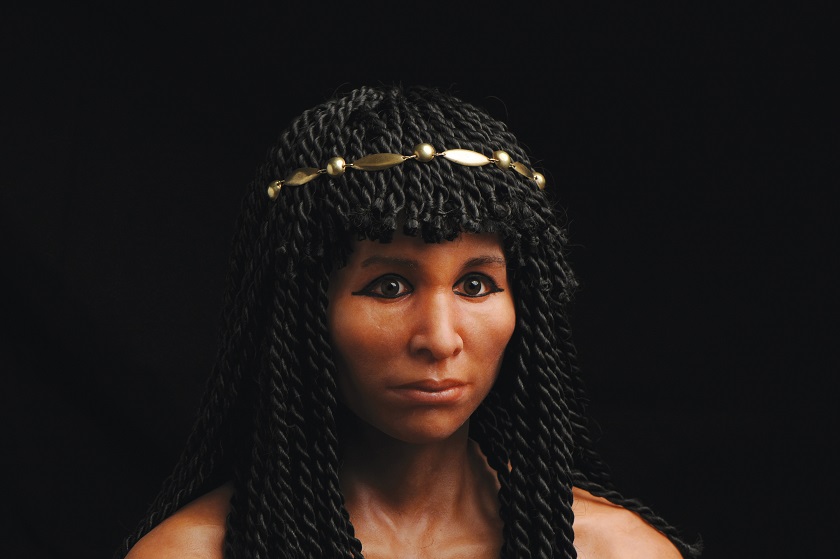 What’s his story? What’s hers?

That’s what we invariably want to know about people when we first meet them, whether we’re kids or adults.

But that usually doesn’t apply to people who lived thousands of years ago. Now, the new exhibition Mummies at the American Museum of Natural History, featuring 18 mummies, including children, one of the largest collections of mummies in North America, gives us a rare glimpse into lives and cultures of the past, thanks to 21st-century tools and technologies. The exhibit runs until Jan. 7, 2018.

This exhibit also showcases “how we are trying to save the past for the future,” says David Hurst Thomas, the longtime museum anthropologist and also the co-curator of the new exhibit. “Kids all know about mummies,” he said. “They are intrinsically fascinated. What we are trying to show here is that mummies are the real deal … they were real people … not cartoons or made up.”

On a special, limited tour from the collections of The Field Museum in Chicago — and presented for the first time on the East Coast (the exhibit has been in L.A. and Denver and will go to Chicago when it leaves here) — “Mummies” showcases the ritually preserved remains of individuals from ancient Egypt and pre-Columbian Peru, many on view for the first time since the 1893 Chicago World’s Fair.

Thanks to modern imaging techniques, researchers can now peer inside centuries-old mummies without damaging them, allowing us to share their findings via digital touchscreens; Peer into Peruvian mummy bundles as well as animal mummies buried as offerings to Egyptian gods. Check out the 3-D-printed figurines of burial goods encased in the mummy wrappings and only recently revealed. Wow!

The American Museum of Natural History, one of the largest natural history museums in the world, has long been one of New York’s top family attractions, receiving about 5 million visitors a year. But with 25 buildings and 46 exhibition halls, it can be overwhelming, especially for first-time visitors. That’s why if you can, take a deeper dive into a few exhibits. (Divide and conquer!)

Check out the dinosaurs. (This place, after all, is home to one of the biggest collections of vertebrate fossils anywhere.) What about the famous dioramas of the animals? The museum’s model of the giant blue whale weighs 21,000 pounds! There’s also the 34-ton Cape York Meteorite, the latest news from space at the Hayden Planetarium and the 65-million-year-old dinosaur mummy. There are more than 33 million specimens and artifacts in the collection. (Check out the third edition of my Kid’s Guide to New York City for more fun facts!) 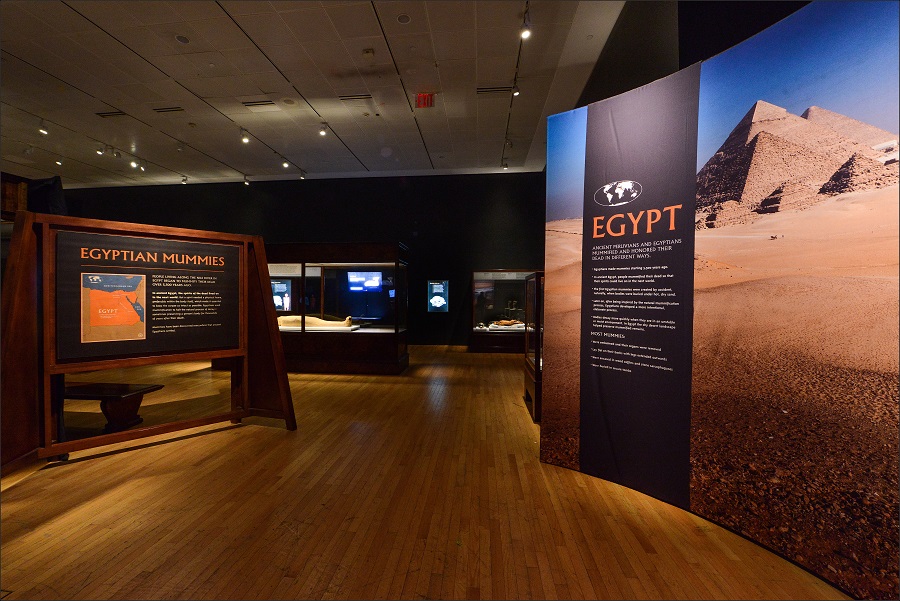 The Mummies at the American Museum of Natural History

I love that the museum has a website just for kids and apps to many exhibits that make it easier for kids — and the adults with them — to better understand what they are seeing. “Mummies” is featured in the museum’s recently re-launched Explorer app, developed with support from Bloomberg Philanthropies, which lets visitors think like an explorer, personalizing their onsite experience. The touch tables in the mummy exhibit were amazing, allowing you to virtually “unwrap” the mummy bundle that is right in front of you!

We can only wonder what President Theodore Roosevelt would have thought about it all, especially the mummies. Many people don’t realize that he was indirectly involved in the museum’s founding. Roosevelt was an inveterate explorer and scientist from the time he was a kid and his dad was one of the founders of the American Museum of Natural History. Make sure to stop at the Theodore Roosevelt Memorial, a tribute to his legacy of conservation.

There’s always something to learn. For example, we all know about Egyptian mummies (and you can learn even more across Central Park at the Metropolitan Museum of Art). But many will be surprised to learn that people living along the Pacific Coast of South America in what is now Peru began to mummify their dead more than 5,000 years ago, before the Egyptians, in burial pits where family members would visit. They would even take their mummified relatives to festivals with them.

Wealthy Egyptians were buried with dozens of figurines called shawabti. The figures represented servants buried in the tomb to look after the person in the afterlife. Egyptians were also buried with mummies of animals — cats, baboons, birds, even crocodiles.

Dr. Thomas said his favorite artifact in the exhibit is the “Gilded Lady,” the gold-masked coffin of a middle-aged Egyptian woman who was mummified during the Roman Period (30 BC to AD 395) because she shows exactly how cutting-edge technology gives us an astonishing window into the distant past without destroying anything. Without unwrapping her, scientists using CAT scans were able to generate a 3-D-printed skull construction that was used by a forensic artist to recreate her face. You can’t help but wonder what she would be thinking as you come face to face with her and the teenage boy whose mummy is also here.

Hieroglyphs on his coffin, opened for the first time in a century for this exhibit, identify him as Minirdis, but researchers discovered he was mummified around 250 BC, 200 years after the construction of the coffin. Likely, the coffin had been recycled, the researchers concluded.

“These are real people and real stories,” says Thomas, “We’re showing kids that science isn’t just people in labs. … It can really be exciting.”