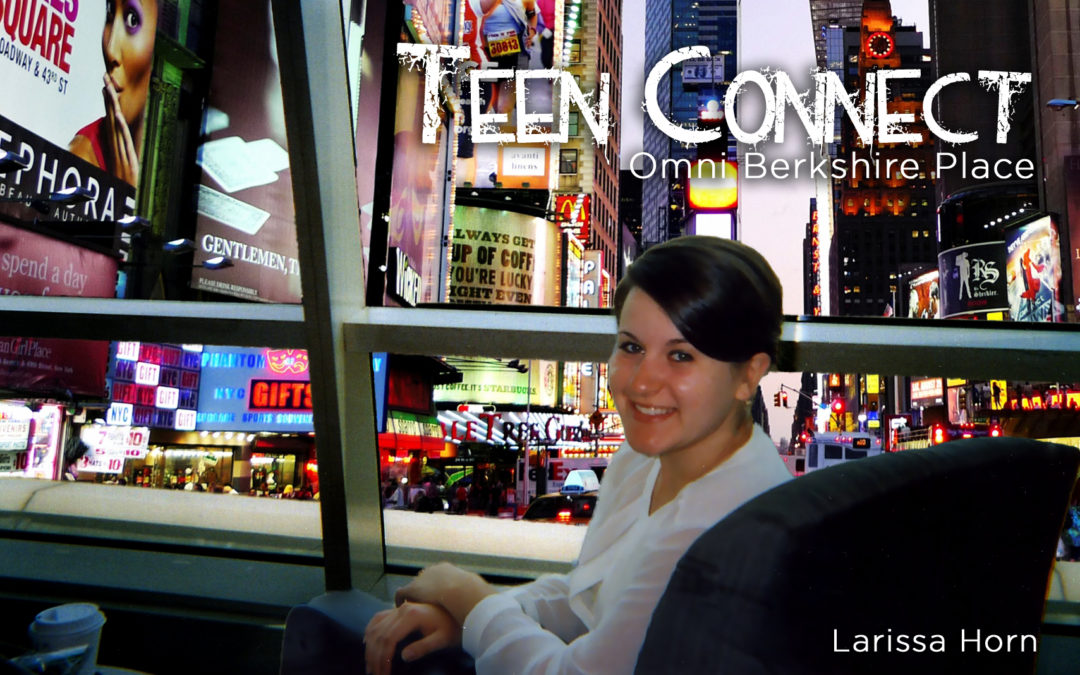 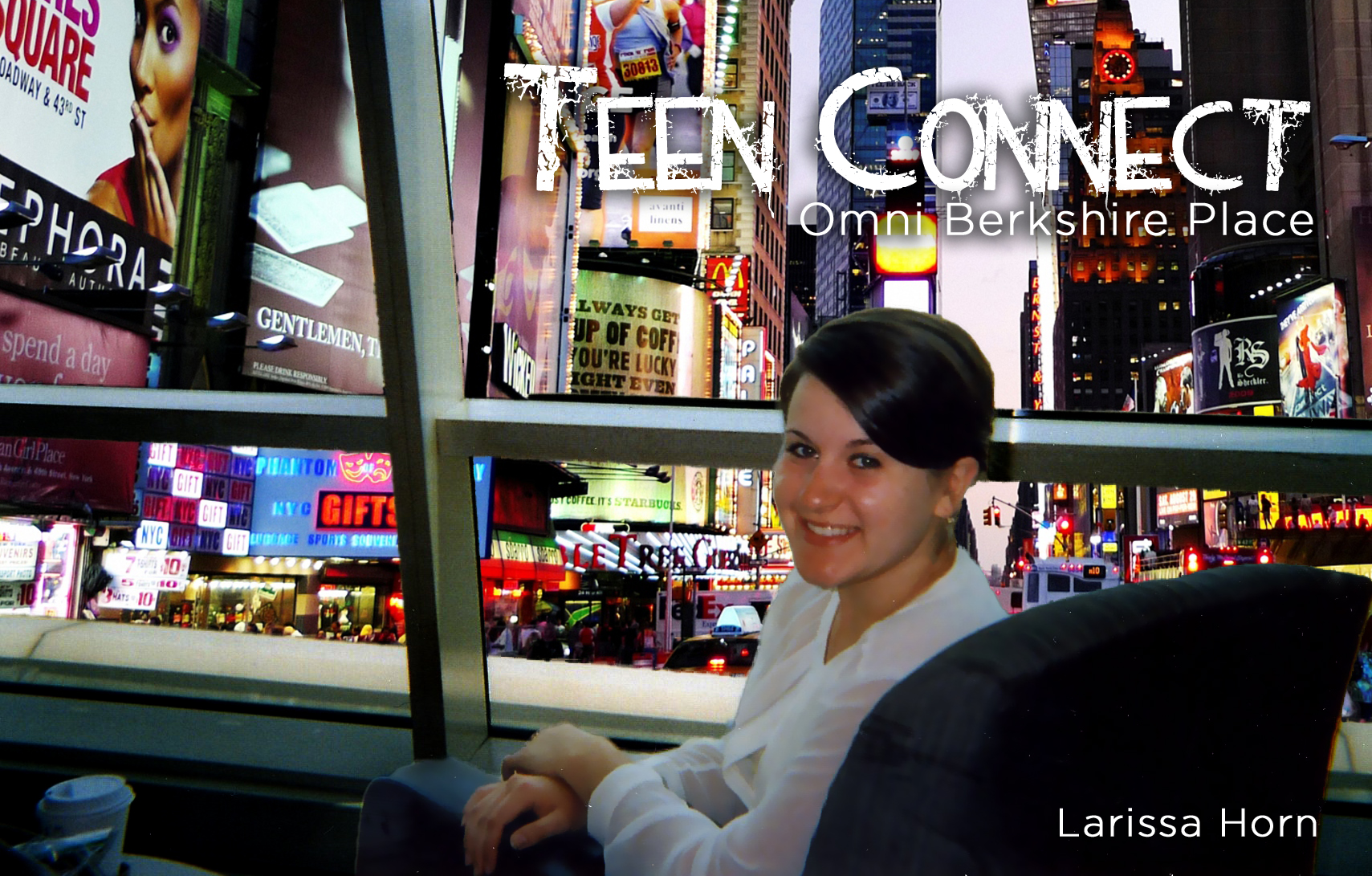 Talk about a great gig.

Larissa Horn, e sophomore at NYU, wants to go into the hospitality business. She’s a student at the University’s famous hospitality school.

But she’s not just studying the industry.  She’s been tapped to be the special teen concierge at the Omni Berkshire Place in midtown Manhattan.  And unlike other internships, she’s getting paid to do it.

Her job: improve the travel experience for visiting teens.

That means welcoming them in the lobby (she has a special desk) on weekends when most families are in house and ordering up a special complimentary teen amenity (think fancy chocolate bar from Dylan’s Candy Bar a few blocks away and local soda).

“It’s so great to have a positive effect on their visit,” she said, explaining that she will chat them up and ask what they have planned so far.  She can offer suggestions in the neighborhoods where they plan to be or based on their interests (shopping… sports… theater… college touring… food).

Horn hands out her weekly Teen Concierge picks based on what’s going on in the city.

She’ll also suggest fun things to do—taking a stroll on the oh-so-hip Hi Line park (www.thehiline.org)  built on an historic freight rail and elevated  above the streets of New York’s West Side, running from Gansevoort Street in the Meatpacking District  to 20th Street and from West 20th Street and West 30th Street.  “I just think it’s a really trendy park,” Horn explains.  Besides, where else can you sit and watch the road, as if it is a big screen.

A  Broadway Musical (Wicked seems to be a teen pleaser, she said.)

A shopping trip down Fifth Avenue—a half block from the hotel—and to Bloomingdale’s –a short walk in the opposite direction. With a 15 per cent off coupon in hand, courtesy of the hotel   Thomas Hines, the hotel’s sales and marketing director, says a special teen makeover package with the legendary department store is in the works.

Horn goes to school downtown and says chocoholic teens should go to Max Brenner for desert  and shop at C Wonder in SOHO.

Horn tries to let visiting teens know what’s going on in The Big Apple that they might not have known about.  “It’s those unique events that are my favorite experiences in a new city,” she explained.  Of course she tweets @Berkshireteen NY

The idea for this came from the hotel’s former general manager Peter Strebel who is now Omni’s vice president of operations.  He was a father of three—including a teen—and was noticing a lot of teenaged guests, especially on weekends in the summer.

The Teen Connect program was officially launched at the Omni Berkshire Hotel in New York City because David Strebel (son of the Berkshire’s then general manager) lived with his family at the Berkshire for several years, grew up around the hotel industry. And stepped up to be the first teen concierge.  The Omni Chicago Hotel, Omni Shoreham Hotel, Omni Parker House in Boston, Omni Orlando Resort at ChampionsGate, and Omni Amelia Island Plantation Resort also participated last year.

Right now, several properties are looking to implement the program for the summer   Meanwhile, Larissa Horn has been working at the Omni Berkshire since before the holidays. She has a webpage that can be accessed HERE.

Anyone who has traveled with teens knows how quickly they can derail a trip when they aren’t happy.

And anyone who has traveled with teens is trying to grab just a little more memorable time with them before they are off to college.