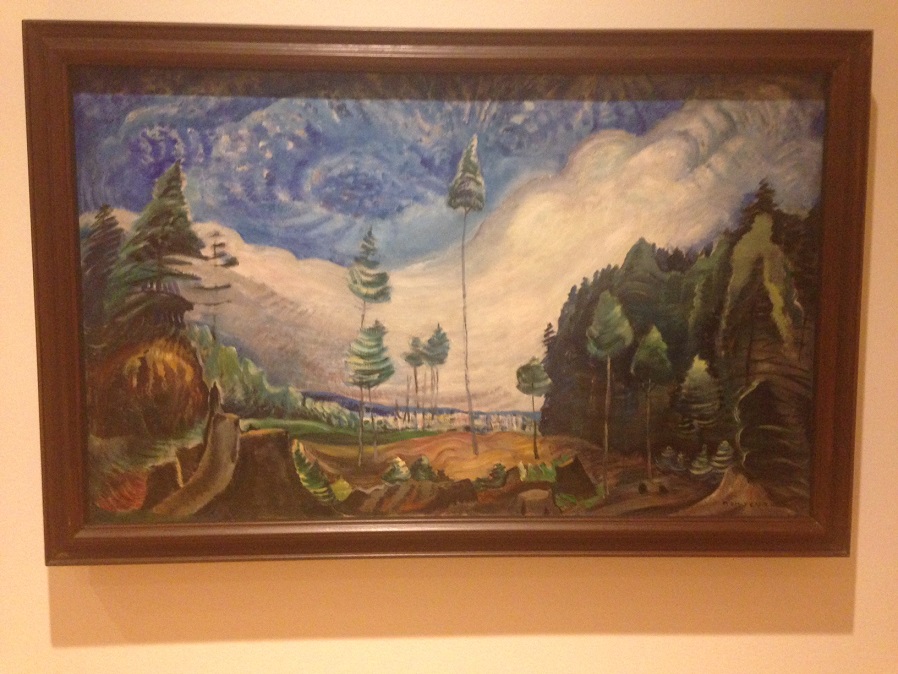 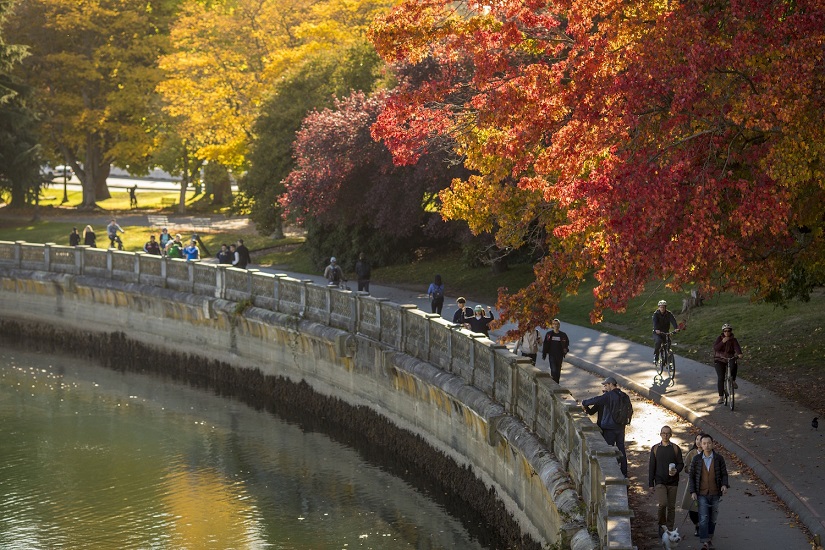 My family and I recently spent a whirlwind 24 hours in Vancouver, Canada. We were impressed with this friendly, functional city and hope to return.

We landed at the airport and made a beeline for the efficient SkyTrain. Locals say it’s the best legacy of the Vancouver Olympics. It only takes around 25 minutes to arrive right in the heart of downtown.

We dropped our bags off at the hotel and went straight to the Vancouver Art Gallery. The gallery is respected for its innovative exhibitions, extensive public programs and emphasis on advancing the art of British Columbia with special attention to the accomplishments of Indigenous artists.

We were there to see the latest exhibition, Emily Carr: Into the Forest, which runs through December 3, 2017.

Carr is one of Canada’s most renowned homegrown artists, known for her attention to the totemic carvings of the Indigenous people of British Columbia and the rain forests of Vancouver Island.

The exhibit demonstrates her deep affection for her native province of British Columbia. Her landscapes are a symphony of lush greens and earthy browns found in the woodlands of Vancouver Island, British Columbia.

With oil on paper as her primary medium, Carr was free to work outdoors. She went deep into the forest to paint the natural world, with beautiful results. 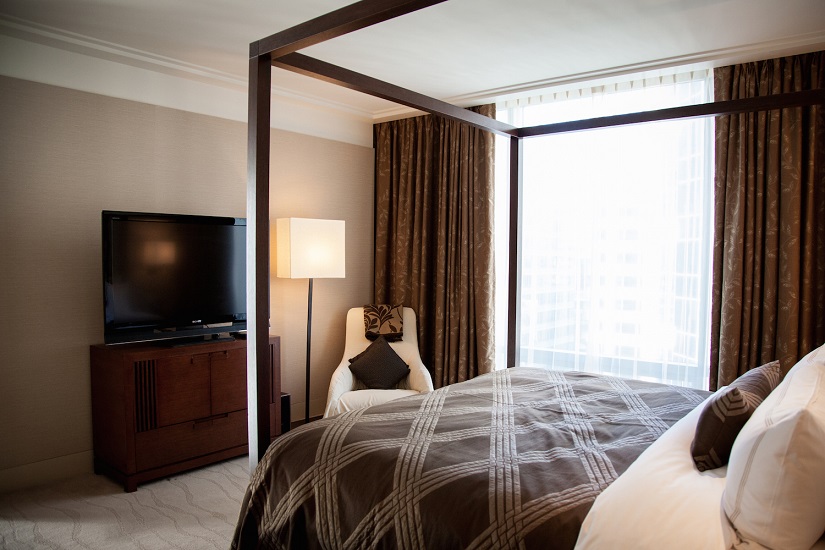 After the gallery we were ready for some fresh air. We decided on a bike ride in Stanley Park, the green heart of the city.

We purchased a 24-hour membership to Mobi, the city’s public bike share. It gave us unlimited rides of up to 30 minutes. We pedaled around the 1,000-acre park, stopping to gaze at towering totem poles, tall fir and hemlock trees and striking coastal scenery.

We spent the night at the Shangri-La Hotel. Located in the heart of downtown Vancouver, the hotel occupies the first 15 floors of a 61-story landmark building. The 119 guest rooms are the epitome of urban elegance. The hotel’s contemporary style delivers a combination of soothing tones and natural textures with a smattering of eye-catching Asian touches. Our extra-large room was bathed in natural light, which streamed through floor-to-ceiling windows.

We took a break from sightseeing and enjoyed a swim in the lovely outdoor pool and a relaxing plunge in the hot tub. 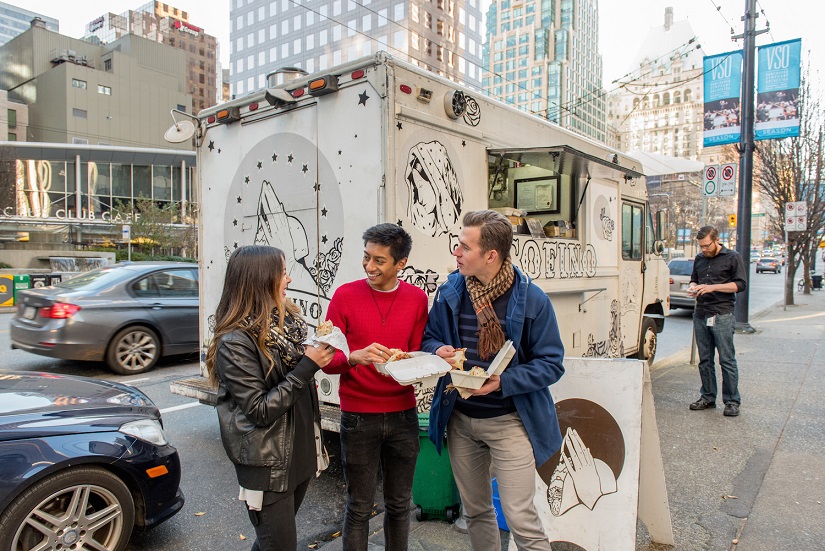 Vancouver’s coffee scene garners rave reviews and luckily, the Shangri-La is located across the street from 49th Parallel Coffee Roasters. Our mouth’s watered when we saw the array of freshly baked doughnuts for sale, perfect to pair with a caffeinated beverage.

We had heard delicious rumors about Vancouver’s happening food truck scene. We feasted on fish tacos made with fresh Pacific cod at surf-inspired Tacofino food truck. They have several brick-and-mortar locations scattered around town.

Images courtesy of the author, Tourism Vancouver and the Shangri-La Hotel.