Princeses everywhere at Disney and more to come 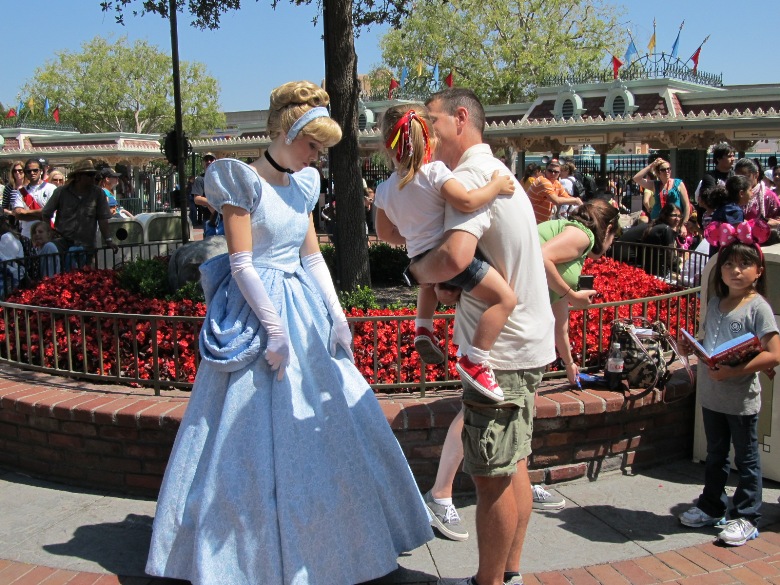 Her closet is packed with Princess dresses — Belle, Cinderella, Snow White — and her room piled with princess dolls. “It’s kind of scary,” her mom Monica laughs. But then she adds that Kylie is a cancer survivor who visited the princesses at Disney World courtesy of the Make A Wish Foundation. “It was a long road and Disney got us through that,” she said.

Whether here at Disneyland in sunny southern California, at the Magic Kingdom at Walt  Disney World  in Orlando, FL, or on Disney Cruise ships, you’ll see little girls decked out as their favorite Disney princess, glitter in their hair. The Bibbidi Bobbidi Boutique  here at Disneyland, on the new Fantasy ship, and in two locales at Walt Disney World does a brisk business in princess transformations in princess hairstyles, sparkly make up and even face gems. Some packages cost nearly $200.

Madelynne Fuchs, 8, and her sister Annabelle,6, were decked out respectively as Princess Tiana  and Tinkerbell.  “It was worth the money just so see the looks on their faces,” said their mom Suzanne, here for the family’s first visit to Disneyland from Bismarck, ND.

With such a devoted audience, it’s no wonder Walt Disney World is in the middle of a huge expansion of Fantasyland expected to be completed later this year with more princess meet-and-greets, a new restaurant – here’s your chance to dine in the Beast’s castle — and attractions.  Disneyland is expanding its princess meet-and=greats as well.   Merida has an entire themed area complete with Scottish games and the chance to try archery.

At the Bibbidi Bobbidi Boutique, moms and dads were busy filming the princess transformation on their iPads and smart phones.  “It never gets old for them” said manager Joanna Pisanski

As for Kylie Meza, she’s in remission and feeling fine. Her family come to Disneyland often and now have annual passes.  “We just want to keep the happiness alive,” her mom Monica Reza said.

And who can argue with that.