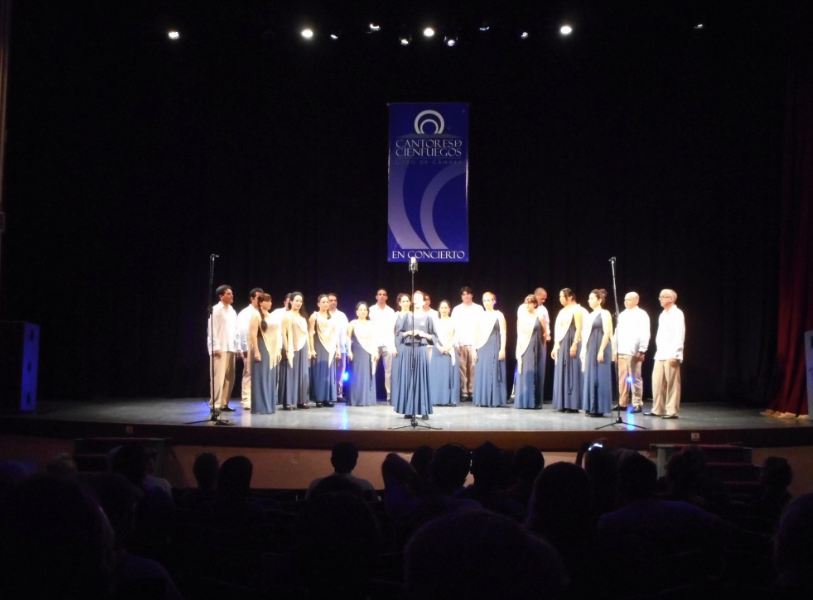 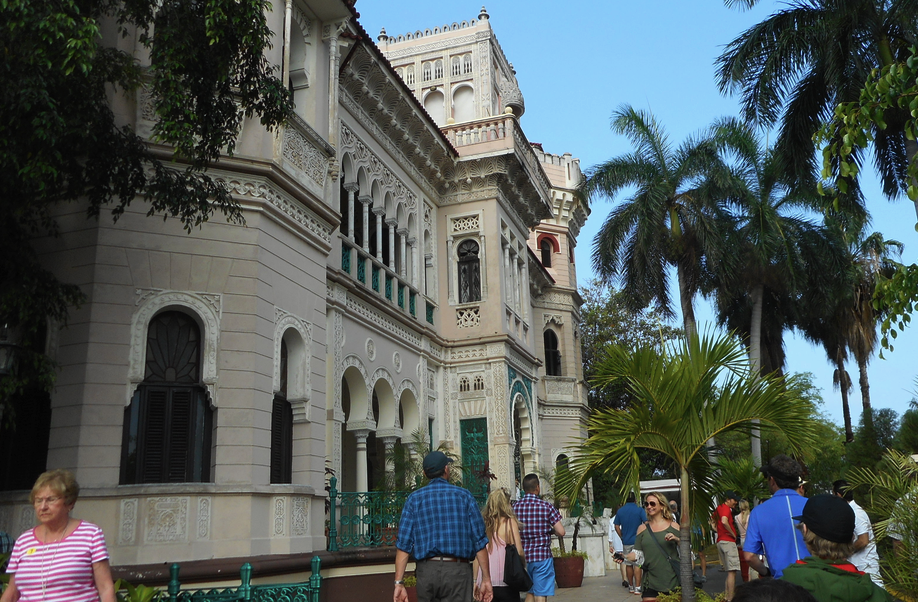 CIENFUEGOS, Cuba – We got up early, rushed through breakfast and sent ashore, knowing it was going to be a brief time in this port. “Welcome to Cienfuegos,” a local greeter said, then pointed a small water passage and added: “Look! There is a man washing his horse!”

Too little time. That’s the lament of cruise passengers everywhere interested in the sites and sounds of ports. It was especially true today as our Fathom ship Adonia, on its first cruise in Cuba—the first in 58 years for an American ship—stopped in Cienfuegos, a beautiful seaside city.

This is the second of our port calls in Cuba. The first was Havana, where we spent two history-making days, then sailed for more than a day around Cuba’s western tip to Cienfuegos, which is in the center of the island on the Caribbean Sea. Tomorrow we arrive for a day in Santiago de Cuba on the southeastern shore.

We only have the morning in this city built by the French rather than the Spanish who first arrived in 1819. It’s not surprising that the collection of French-influenced neoclassical buildings has been designated a UNESCO World Heritage site.

“You need to come back to see more of our beautiful city,” said our local guide Yoel Gomez Moya. He boasted that Cienfuegos is famous for its seafood but we didn’t have time to sample any. 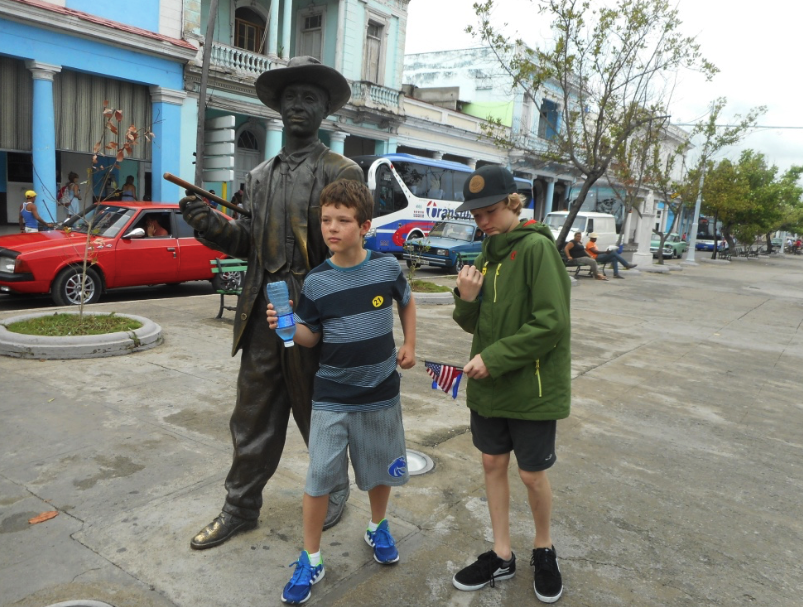 We were treated to a wonderful just-for-us concert by the 20-plus-member chorus Cantores de Cienfuegos, known around the world. They treated us to a rendition of Cuban music, including compositions by Benny More, born in 1919 and famous by the 1940s. There is a life-sized statue of him here. The chorus wowed the crowd with their music—including an American gospel and even a Beatles tune (Honey Pie). We were equally wowed by the Teatro Tomas Terry where they played—a 950-seat theater built in the late 1880s complete with mosaics and ceiling frescos.

If Cuba had a Paris, Lonely Planet Cuba says, Cienfuegos would be it as it’s arranged around a spectacular natural bay (there are charter sailboats in the harbor and I can only imagine a lot more once Americans discover this place). This city seems to be doing well—there is a Medical school, Cuba’s shrimp fishing and much more. It has a big baseball stadium, home of the Cinfuegos Elephants. Still, our guide tells us, “if you want to build a house, you invite your friends to come over and help you do it.” The so-called ration store where locals shop seems sparse compared to American standards. 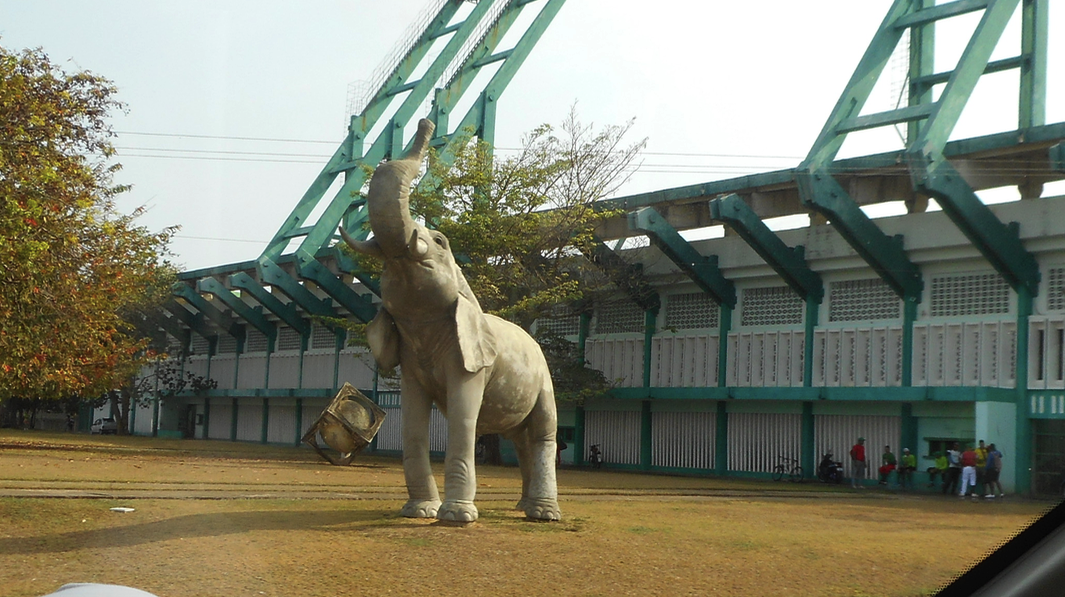 I’m wondering if Cuban Americans will opt for this cruise. Probably not if they have family in Cuba, said Cuban American Nick Pena, a Miami cruise travel agent traveling with his cousin Mary. “They would rather fly on a charter flight and spend the money bringing their relatives things.” He brought a duffel full of requested items for a cousin living in Havana—everything from over the counter medicines to soap and condensed milk.

He added that Cuban Americans have mixed feelings about this ship sailing to Cuba. “Some people told me my business was over,” he said.

“It is easy to judge when you haven’t wanted to come here for your entire life,” said his cousin Mary, the only one of her siblings born in the United States. She and Nick knocked on the doors of her grandfathers’ homes unannounced and were greeted warmly by those who live there now. “They said they would be hurt if we didn’t stay with them the next time we come,” he said.

“I don’t think anyone can understand the concept of a place where you’ve never been but that feels like home and to visit the homes you’ve only seen in pictures and meet cousins you’ve only talked to on the phone,” said Mary Pena. “They were all waiting on the balcony for us.”

For those Cubans who don’t have family here, Nick Pena added: “This is a nice comfortable way to see Cuba,” assuming you can afford the price point—starting at just under $2400 per person. “This isn’t for everyone,” he said. 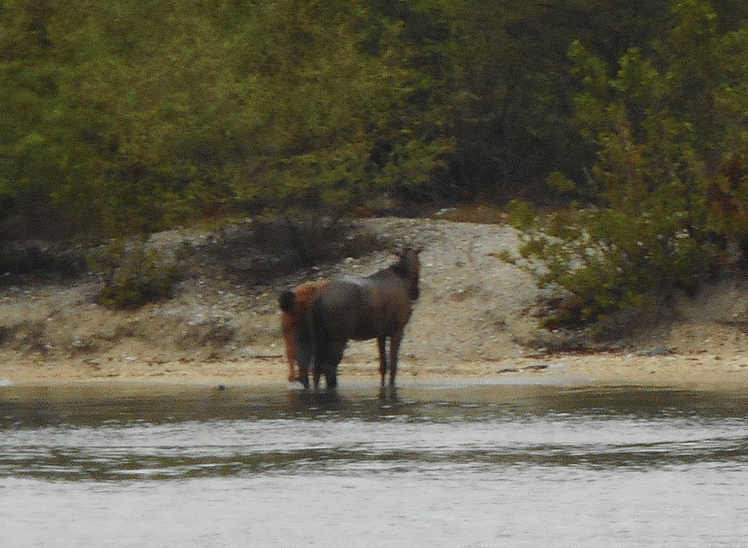 But certainly memorable for those who are here. It seems the non-Cubans have a reason why they have come. Kelly Clark, cruising with her daughter Cindy from Texas, explained that she grew up in Florida attending school with many young refugees. After her recent high school reunion, she said, “I just wanted to come.”

Marianne Jones, for her part, was a young nurse treating Cuban refugees who arrived by boat in Key West in 1960s.“I was part of that history,” she explained.

Added Cindy Clark, “Everyone on the boat has a story to share… everyone is here for a reason.”