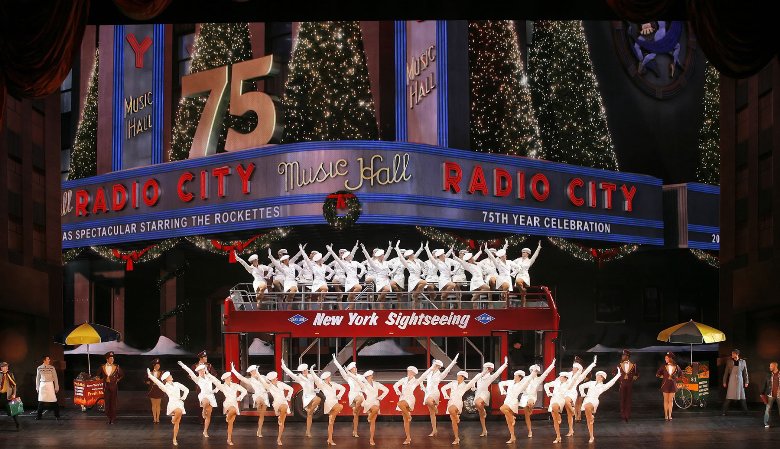 The next time the kids give you a hard time on vacation, remind yourself that you really are building memories to last a lifetime.

Just ask Sheila Dennis. She was a wide-eyed 9-year-old when her parents took her to see the world-famous Rockettes perform at Radio City Music Hall in New York. It was her first trip outside Texas. “I loved the glitter and the color,” she said. “I was thrilled.”

More important, that trip to New York so engaged Dennis, who grew up in the tiny town of Yoakum (population 5,000), that she decided travel would always be a part of her life and it has been ever since. In fact, she met her husband Mel when she left Texas to teach school in Germany.

Sixty years later, Dennis, a retired Seattle music teacher and grandmother, was in the Radio City audience again — along with her husband, two older sisters, who had also attended that memorable 1947 performance, and a gaggle of other relatives spending the Thanksgiving holiday at my house in Connecticut. Dennis is my husband’s aunt. “I loved it just as much,” she declared afterward.

Wherever you live or your holiday travels bring you, take time to build those indelible memories by doing something special with the kids. Just make sure they’re on board with your choice. Go see a holiday production (The Big Apple Circus, www.bigapplecircus.org, is celebrating its 30th season, Cirque du Soleil, http://www.cirquedusoleil.com/CirqueDuSoleil/en/showstickets/wintuk/intro/intro, has unveiled “Wintuk,” a new winter story about a boy’s quest for snow, or experience one that you loved as a child. (Nutcracker anyone?)

Start a new tradition. Museums and zoos around the country, for example, have special family holiday programs; Take the hoops lovers to a basketball game (www.nba.com) or the shopaholics to a trendy neighborhood to browse the shops. Go ice-skating or to a kid-friendly restaurant that’s decorated to the nines for the holidays.

Even if you’ve only got an afternoon or budget for an overnight stay, it’s worth the effort. I can’t think of a better way to get away from the pre-holiday stress or alleviate the post-holiday blues. (Check out Hilton Garden Inn’s (www.stayhgi.com) holiday breakfast deal that includes free breakfast for up to four sharing a room. Check your favorite city’s Website to see what special events and packages they offer.)

New York (www.nycvisit.com), of course, has plenty of holiday magic and tradition for everyone. Consider that the Rockefeller Center Christmas Tree – celebrating its 75th anniversary – draws 500,000 people to Rockefeller Center every day. See if the kids can guess how big the star is at the top (9.5 feet in diameter. Visit www.thetreenyc.com for more fun facts. Did you know that star has 25,000 crystals?) I remember being taken to see the tree when I was small and then taking my kids. It’s a New York tradition and has been since 1933 (Actually in 1931, workmen on the muddy construction site first put up a tree; Two years later, the first “official” Rockefeller Center tree was lit with 700 lights in front of the new RCA Building.

This year, 30,000 lights over five miles of wire will decorate the 84-foot high Norwegian Spruce from a Shelton, Conn., back yard. The 75th Anniversary tree is also going green, you’ll be glad to hear, with energy-efficient lights and a new solar roof helping to power them.

The Rockettes are also celebrating their 75th season this year with a show that “is a marriage of tradition and new technology,” promises executive producer John Bonanni, who has vivid memories of being taken to see the Rockettes as a young boy. The parade of the wooden soldiers and the living nativity with live camels and sheep placidly walking across the stage have been performed since 1933, while new 3-D elements, the world’s largest flying indoor LED screen, fireworks, a flying Santa, glitzier costumes (the Rockettes change eight times during the 90-minute show) and a 7-ton bus that requires 21st-century know-how. Sixty percent of the show is new. (Visit www.radiocity.com or www.ticketmaster.com for ticket information.) Take your young dancers to the Rockette Experience, which enables them to have a dance lesson with a Rockette and a special backstage tour of Radio City. “The Christmas Spectacular” also can be seen this year in Chicago, Costa Mesa, Des Moines, Fort Lauderdale, Nashville, Phoenix and Tampa.)

“The audience feels a sense of ownership about this show,” observes Bonanni. Perhaps that’s because it conjures up remembrances of other happy holiday times. “It’s the first time I’ve been back since I was little,” said Linda Carter, who was visiting from Texas and saw the show with her 4-year-old son and extended family. “It really brought back memories.”

Caitie McCarthy knows exactly what Carter means. The 30-year-old’s dad took her to see the Rockettes when she was eight because his mom had taken him. “I was totally blown away and becoming a Rockette was a dream I wanted to accomplish,” said McCarthy, who just began her ninth season as a Rockette. Along the way, she’s finished college and is about to apply to law school.

“When the curtain goes up,” she says, ” I can’t believe I get paid to do this.” Who says holiday dreams can’t come true?