Snow fun in the sun in Antarctica on New Years Eve! 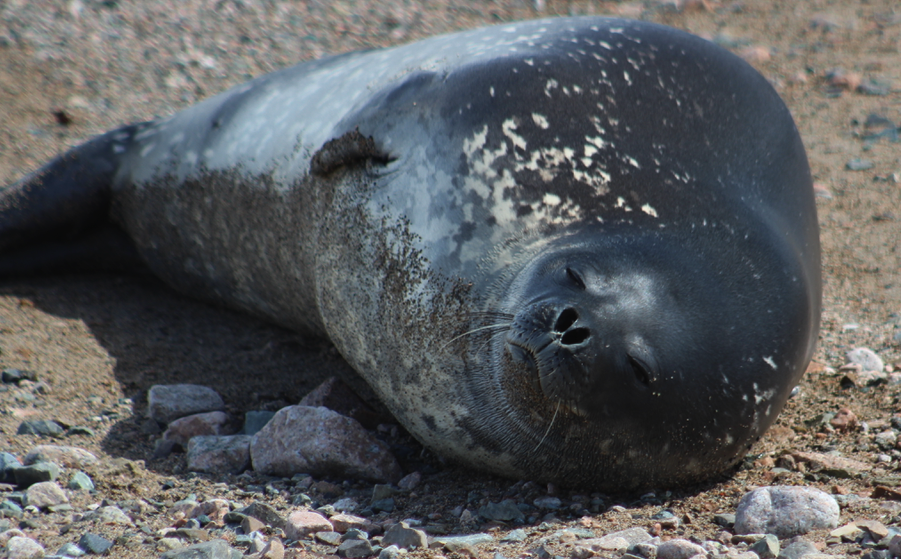 Who has the sleds? Who really needs them?

The kids—and some of the parents from this Abercrombie & Kent expedition to Antarctica — are sliding down the hill they’ve just trudged up on their backsides. It is so warm everyone has shed parkas, hats and mittens.

“The best day of my life, and that’s just a little exaggeration,” declares Conrad, 12, from Orange County CA.

But it’s not just that Conrad lives where it never snows—it’s that he has just stepped onto the continent of Antarctica in Neko Harbour and has just hiked up the slushy path—snow made soft in the sunshine—past nesting Gentoo Penguins and a Weddell seal on the beach.

“I never imagined Antarctica would be like this! “ said his sister Sophie, 10, jumping in the soft snow.

Some of the kids raced up a second time to slide down again, others built a snowball tower at the top of the hill with its spectacular view of our ship, Le Boreal, the water that is calm as glass dotted with ice floes.

“Crazy to be in a tee shirt in Antarctica!” says George, 12, from Nashville, who looks as if he should be in Miami in his short sleeves and sunglasses.

We hear a part of the glacier calve into the water with a loud crack and boom.

Meanwhile, this morning, everyone is busy getting ready for the New Years Eve bash.

The Penguin party, of course. We’re in a zodiac in the Errera Channel between Ronge Island and the Antarctic peninsula watching Gentoo penguins jump off an ice floe to “shower” in the water and then jump back on the ice preening as if they are getting ready to party. After all, they have their formal wear on.

The crab eater seals are lounging on other ice floes and look up at us as if to say, “No fancy bash for me…I’m just relaxing!”

“ I saw whales!” said Zora, 10, from suburban Chicago when we got back.

“I held a block of ice,” said Lena, 12, from northern California. There are pieces of ice all around us in the water—small, big and spectacular.

Kyra, 12, from Florida was intent on taking pictures of what our zodiac driver and guide Paul Hart dubbed the “Cathedral of Ice,” which had a tunnel going through it and depending on which way you looked, it resembled a ship, a dragon with teeth…a tower. We almost expected Queen Else from Frozen to jump out.

It is a spectacularly beautiful day—sunny, the water perfectly calm—so calm that we can see the ice bergs reflected in the water. We are so close we see the blue in the ice, most of which is below the surface.

“Boom!” An avalanche of ice and snow falls from one of the peaks and lands in the water with a gigantic splash.