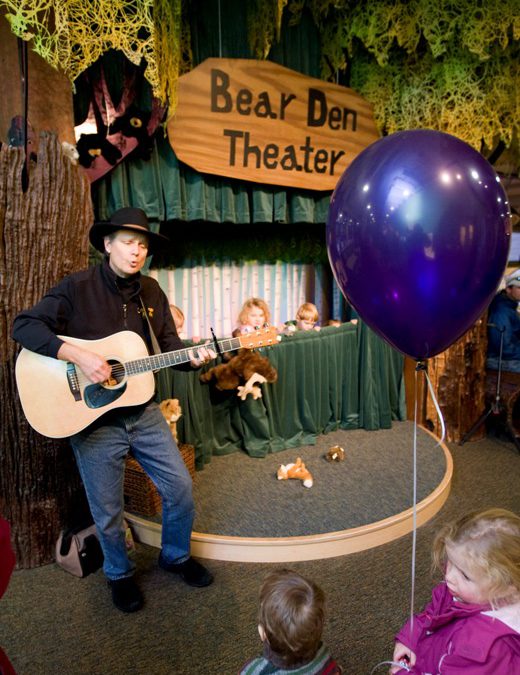 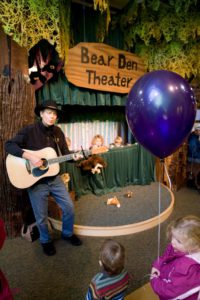 THURSDAY — Could a ski trip get any easier?

We have moved over to the new base area at Snowmass, the largest of Aspen’s four mountains and the one known as the family mountain (though my 17 year-old discovered plenty of extreme terrain too). There is a vertical drop of over 4,400 feet and 3,132 acres of terrain — attracting more skiers than Aspen’s three other mountains combined.

The newly opened base village includes lodging, restaurants and the beautiful 25,000 square foot Treehouse Adventure Center for kids that include seven different interactive nature-themed rooms for specific age groups. There’s an Alpine Climbing room with all kinds of nets for kids to climb through, the Bear Den for pre-schoolers with a big plastic “bear den” they can climb through and a butterfly room with giant butterfly mobiles hanging from the ceiling.

“When the kids are happy, mommy and daddy are happy and the kids love the ski school,” said Emily Hubbard, here with her husband and five children from Nashville. Especially now with the new base area and two new kid-friendly restaurants – JUNK, with its eclectic menu-of everything from tacos to pizza to homemade chicken soup and its smores menu; and The Sweet Life, with burgers and over 200 flavors of homemade ice cream and 80 different kinds of candy. There’s really no reason to even go into Aspen, 10 miles away. “Everything we need is right here,” said Jason Hubbard

He noted that one of the children is diabetic and he and his wife are confident that the ski school staff is attentive to her special needs. “The children are well cared for and safe and I know when I leave them they’ll have a great day,” said Emily Hubbard.

The economy didn’t give them pause, she said, “You don’t know what’s going to happen tomorrow,” said her husband Jason. “Personally we’re in good shape. This is a vacation we take every year and it is a priority for us to spend this time with the family.”

We’ve been joined by my cousin Jayme Sitzman and her two kids, six year-old Ethan and four year-old Hannah. To take them to ski school, she simply had to go downstairs from the spanking new condo where we’re staying in Hayden Lodge — the nearly 100 units spread over the four buildings that make up Capitol Peak Lodge are the first new accommodations built here in more than 20 years. I love that I could order groceries to be delivered and put away at no extra charge (www.snowmassliving.com). My cousin Jayme loves the convenience — no schlepping the kids on and off a shuttle bus to ski school!

There is a small gondola — locals call it the skittles lift because its cars are bright red, blue and yellow — that takes you from this new base village a short ride up to the Village Mall where there are more shops, restaurants, a clinic and ATM machine — the necessities for vacationing with kids.

Families like Snowmass because 80 percent of the lodging here is ski in, ski out — and the first-rate Treehouse Learning Center. “You can cruise 50 miles on this mountain,” says local businessman A.D. Fuller, who came here 38 years-ago for a winter and never left, raising a family here-a common story, he says. “It really is a very laid back place,” Young said, despite Aspen’s tony image. “It’s like any other town where the high school has a ski lift to the mountain.” Skiing, he adds, really has helped cement his relationship with his two boys, one a teen and one in college. “They still want to ski with the old man,” he jokes, especially if he’ll buy lunch.