Taking the stroller set to Disney World and Orlando 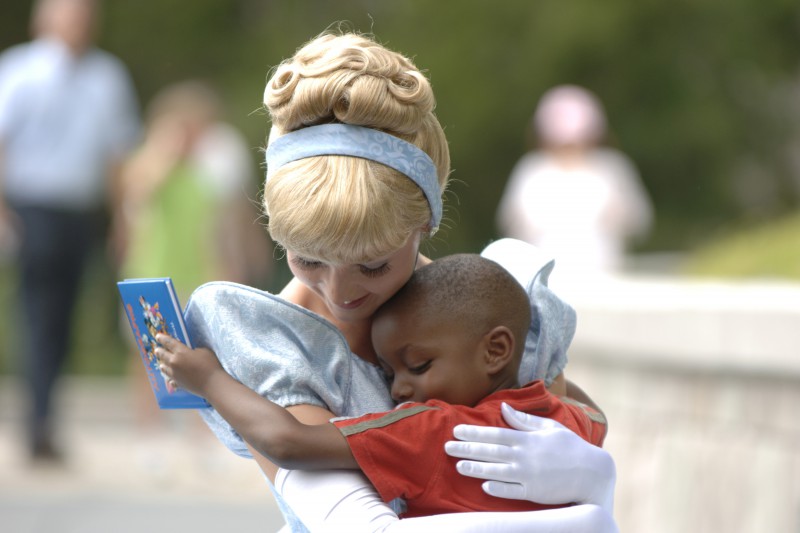 A hug from Cinderella

Who knew that Walt Disney World had so many attractions for the littlest park goers not yet in kindergarten — 80, with more coming this summer when the much-anticipated “Frozen Ever After” family adventure opens in Epcot’s Norway Pavilion.

It seems new ones are being added all the time, like the chance for young explorers to join a quest to become members of the Lion Guard in a new Animal Kingdom adventure, introduced this month and inspired by Disney Junior’s animated series “The Lion Guard.”

Today’s families certainly don’t seem to be waiting until the kids are older to visit. For one thing, kids under three are free. “And with the price of tickets ($99 for a one-day ticket to the Magic Kingdom), that makes a difference,” said Kristen Prince, here with her 2-year-old, 9-year-old and extended family from Pennsylvania.

“At three and four they are so into the magic,” said Emily Hardy, with a preschooler, toddler and newborn in tow. “Just don’t be too ambitious,” the Orlando mom warns. “They have as much fun riding the monorail as in the parks.”

It also seems that grandparents don’t want to wait until the kids are older either. Wherever you see an overloaded stroller, you’ll see grandparents. “It was a perfect third birthday gift to our granddaughter,” said my friend Sue Tober, who is from New Hampshire. “The princesses were magical and she is still talking about her Disney World trip … her hugs with Cinderella, her meeting Mickey in his theater and the “characters” at the Breakfast in Animal Kingdom.”

It can be stressful, of course. I remember when my youngest bawled at the sight of a character. They don’t have any patience for lines and may balk at the attractions you were sure they’d like. And if you don’t stop for naptime, things can get really ugly, Emily Hardy warned.

“It helps to have more adults than kids,” laughed Linda Nosal, who, like other grandparents, was feeding her two young granddaughters breakfast at the Concierge Lounge of the Contemporary Resort. Families agreed that the extra charge for the lounge with its complimentary breakfasts, snacks and the chance to watch the fireworks in their PJs was well worth the extra price.

Everyone knows how much the Magic Kingdom has to offer the littlest park goers, especially attractions like the Seven Dwarfs Mine Train, ideal as a child’s “first” coaster, the chance to meet Anna and Elsa in the Princess Fairytale Hall after being transformed into a princess at the Bibbidi Bobbidi Boutique. 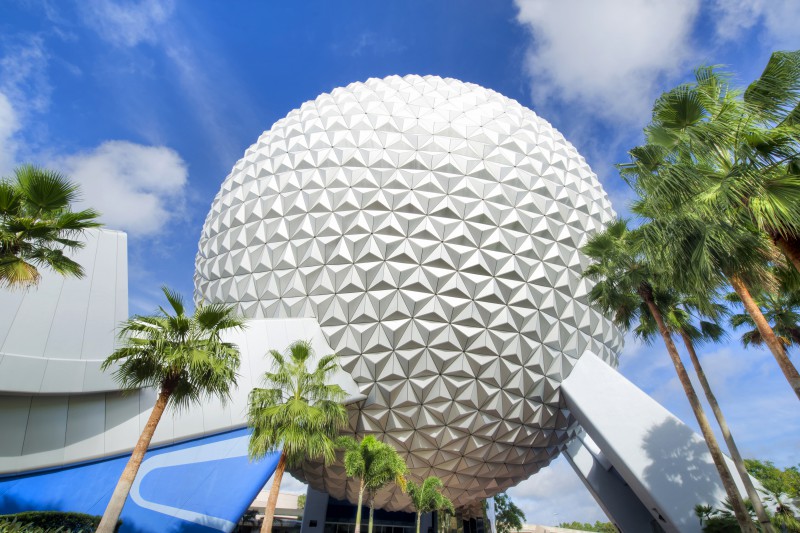 But on a recent trip, I saw as many strollers in Animal Kingdom (the chance to dig for fossils in The Boneyard! TriceraTop Spin! The Festival of the Lion King!) and Hollywood Studios (the chance to climb and crawl in a bug-sized world at the interactive play area “Honey I Shrunk the Kids” Movie Set Adventure and watch Disney Junior-Live on Stage!) as in the Magic Kingdom.

And Epcot, which has traditionally appealed to older kids and adults, has Kidcot interactive stations in the World Showcase, Turtle Talk with Crush and The Seas with Nemo and Friends ride, among other attractions.

The stroller brigade was out in full force at Disney Springs (the redesigned Downtown Disney) too where kids were making their own Mr. Potato Heads at Once Upon a Toy, playing at the LEGO Store, or chowing down on lo mein and sushi at Morimoto Asia, where origami paper and directions comes with the kids menu, pasta and pizza at Portobello Country Italian Trattoria (they are presented with crayons to draw on the paper tablecloths) or The Boathouse, where their meal might be served in a brightly colored classic car-shaped plate and there’s the chance for a ride in an amphicar that tools around in the lake. (Read my Disney Springs trip diary.)

Walt Disney World now has an entire microsite devoted to planning a trip with preschoolers, including special “kid-size packages,” if you just want to come for a long weekend, said Jessica Jackson, Disney World’s own preschool expert.

“There certainly is plenty for young park goers at the other Orlando parks — Seuss Landing at Universal Orlando Resort’s Islands of Adventure, Shamus’ Happy Harbor at SeaWorld Orlando and, of course, LEGOLAND Florida, but the families I met were spending all their time with Mickey, Minnie, Goofy and Donald, Buzz Lightyear and the princesses, starting with the complimentary “Magic Express” that whisks them from the airport to their hotel, even getting their bags from the luggage carousel and delivering them straight to their room. (A tip: Have essentials with you, as you would on a cruise ship in case the luggage is delayed.)

In the parks, there are family centers where you can nurse a baby, feed a toddler in a high chair, buy diapers or just get out of the fray for a bit.

The new technology, including Fast Pass Plus, which enables you to book your “must-see” attractions in advance of your trip makes for smoother sailing too, said Jennifer Nosal, who planned everything ahead before arriving with her 2- and 3-year-old daughters — meals, shows, rides and the all-important princess interactions.

The character meals (featuring different characters, depending on which you choose) are expensive, parents and grandparents say, but worth the price for the chance to sit in one place while the characters come to you, rather than waiting on line in the parks. “It was the only way,” said Tiffany White, mom of a 2 year old.

No need to feel guilty either if you want a little “me” or “us” time. There are new evening Children’s Activity Centers at Lilo’s Playhouse at Disney Polynesian Village Resort and the Sandcastle Club at Disney’s Beach Club resort where for $55 kids (three to 12) can join the fun from 4:30 till midnight (dinner included) with organized activities — think making cookies at Ratatouille’s cooking school — and character interactions, the chance for dress up, stories and more. “The parents come back after dinner and the kids don’t want to leave,” said Laura Beers, who oversees Lilo’s Playhouse, which is better equipped than many preschools.

Still, there can be too much of a good thing. “My best advice is to plan a down day in the middle of the week,” urges Orlando mom of three Emily Hardy. “You’ve got to recharge.”