The joys and values of summer sleepaway camps 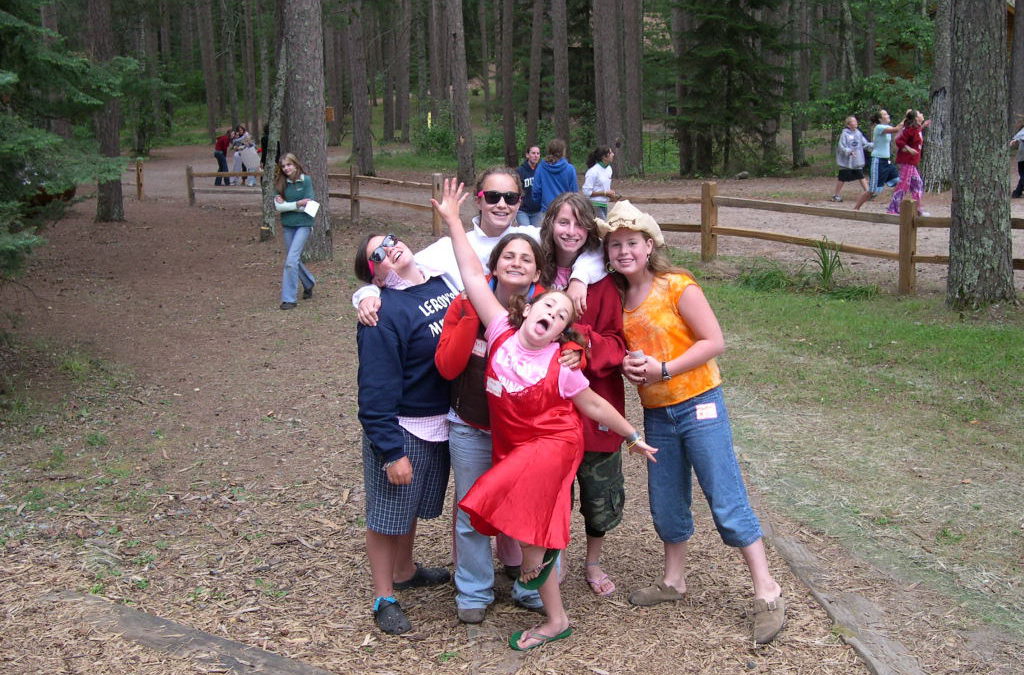 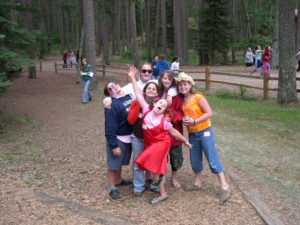 Our daughter Melanie (middle of group) in her sleepaway camp days

I’m a real fan of sleep away camp. I went as a child and all three of my kids went for many years—my son to Camp Nebagamon  in Wisconsin and my daughters to Camp Kamaji  in Minnesota.  My girls worked as counselors there as well, teaching sailing and leading wilderness trips.

This year, we were thrilled that Camp Nebagamon offered a scholarship to a middle schooler from the Bronx who we have gotten to know through the Fresh Air Fund.  He’s there now, eating s’mores, learning to fish and canoe, going on backpacking trips, playing tennis and soccer and making friends with boys from around the country.  We met some of them at the airport in NYC including one who is the third generation in his family to attend Camp Nebagamon..

Sure he was nervous—he’d never been to camp, much less to Wisconsin and had only been on a plane to come to this country from Albania two years ago—but excited too.  And that’s what it’s all about—to show kids they can navigate in new unfamiliar environments away from their parents and home and triumph.

I bet First Daughter Sasha Obama was a little nervous too heading off to camp for the first time.  Her older sister Malia had gone last year.  (If you, like the President, are feeling “kidsick,” missing your kids at camp, check out the nonprofit American Camp Association (ACA) family-focused Web site, www.CampParents.org.

Any time you travel with kids you are helping them to learn and grow,. But there’s something special about the camp experience. Of course there is that guilty pleasure for parents too when suddenly you have a house without any kids, for a few weeks anyway.

I credit camp with helping to make my girls confident backpackers and stewards of the environment. All three of my kids learned at camp not to fear getting out of their comfort zone but rather to embrace the opportunity. They made great friends. In fact, we took three of my youngest’s closest friends on a sailing trip to Tahiti to celebrate their high school graduation in 2009.   They’d grown up sailing together at Camp Kamaji on a Minnesota lake.

I loved that after we moved to East Coast from Chicago, my three continued to return to the Midwest to camp.  Some of their new East Coast friends just didn’t get it, that those “fly-over country” camps  enabled them to make friends from across the country—from Milwaukee and Kansas City and Chicago and Los Angeles.  And they helped them to appreciate that families live in a lot of places in this country, not just on the East and West Coasts.  They learned that they could live without electronics, computers and TV and in the girls’ case, without electricity in their cabins.  They came home teaching us to make outdoor tinfoil dinners and sing camp songs.  They even cheerfully volunteered to scrape or wash the dishes – at least for a few days!

Other benefits of camp, the American Camp Association says, include building life skills that can help children succeed in the workplace and as productive adults—they have to learn and practice skills like, problem-solving, conflict-resolution, leadership, teamwork, independence, and resiliency.

Children also learn how to make and reinforce human connections, which is particularly important in the Digital Age, when kids are more likely to make friends electronically. Ninety-six percent of campers said that camp helped them make new friends. Ninety-two percent of campers reported that camp helped them feel good about themselves. Correspondingly, parents reported that children gained self-confidence at camp (70 percent) and continued to stay in contact with camp friends (69 percent). Other findings from recent camp research include that youth showed increases in social acceptance, connectedness, responsibility, confidence, empowerment, citizenship, and nature stewardship, as well as engaged in physical activity at much higher levels while at camp than their non-camp peers, all according to ACA’s Youth Development Outcomes study, conducted with over 5,000 families with children in more than eighty ACA-accredited camps, in conjunction with Philliber Research Associates and with support from Lilly Endowment Inc.

“Camp is a safe and supportive environment where children can develop authentic relationships, unplug from technology, connect with nature, and participate in human-powered activities,” says Peg Smith, CEO of the American Camp Association. “Camp allows children to relax and enjoy just being kids. There is a camp experience for every child, whether they live in the White House or anywhere in America. More than 10 million children will attend camp this summer, and the ACA community of more than 9,000 members hopes that all parents will be inspired to learn more about camp and give their children the gift of camp.”

These days, there are all varieties of camps for all budgets. We met one family at the airport sending two daughters off for a Chinese immersion program at a language camp, in fact.

If your kids are gone, enjoy the respite and remind yourself that you are giving them a tremendous gift.  If you haven’t sent them yet, consider it for next year.