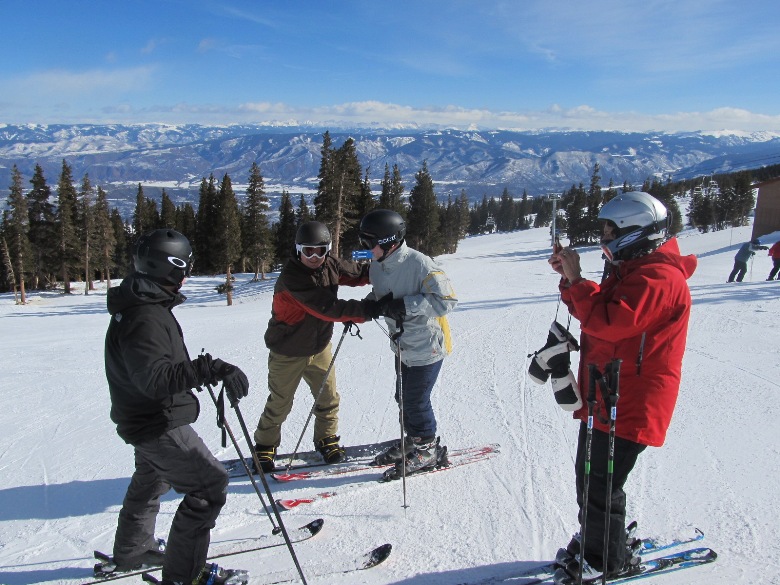 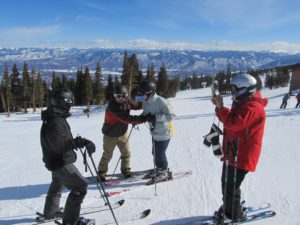 Chris (on snowboard) and Mark Yemma horsing around on Snowmass

ASPEN, Colo. — For someone who’d never been to Aspen, I sure knew a lot about it:

Ajax was the steepest and most feared ski mountain in the country; the Aspen snow was fluffier than the fur coats women would wear around town; the nightlife was hipper than the most hipster parts of Los Angeles, where I currently reside. These were just a few of the countless alluring notions ingrained in me for the better part of 30 years.

The source? My father, Mark Yemma, who spent many winters as a youth skiing in the skier’s holy land, or Aspen, as it’s also known.

You see, my father taught me how to ski when I was 7, but mostly in the snow-challenged regions of Southern California. Occasionally we were privileged with a trip to Mammoth Mountain, about five hours north of LA and one of California’s most famous ski resorts. But without fail, on every family ski trip we took, the conversation always reverted back to my dad’s glory days in Aspen.

So it was no surprise when my aunt, Eileen Ogintz — creator of Taking the Kids — mentioned she was thinking about planning a family ski trip to Aspen, I jumped at the opportunity. I absolutely had to experience the “Aspen experience” firsthand. And what better way to do it than as a mini-family reunion, with my cousin Matt Yemma, uncle Andy Yemma, aunt Eileen, my mother Anne Yemma — and of course, my dad. Thirty years after being born, I was finally headed to the mecca of the skiing world.

Turns out, my dad was right. Aspen and neighboring Snowmass — where we spent the first three nights — lived up to the old man’s hype. And then some.

Snowmass was just that — a giant mass of a mountain covered in snow. At 3,132 skiable acres, we could’ve spent more than the planned two days to explore the entire mountain. In many ways, it’s similar to Mammoth, where I spent many winters as a youth: spread out with challenging and menacing runs near the top and incredible tree skiing through the glades and Big Burn area.

But Snowmass was the appetizer to the main course that was Aspen. After dusting off the cobwebs and working out the ski kinks at Snowmass, it was time to up our game at Aspen.

The conditions couldn’t have been more perfect. After receiving nearly a foot of fresh snow during the night, we headed up the Silver Queen Gondola on Ajax, Aspen Mountain’s nickname, under sunny skies for breakfast and then “first tracks” — in which we were among a select group of die-hards carving up the mountain before anyone else. It would be tough to picture a more perfect scenario: skiing down the country’s greatest mountain (according to my dad) with the most perfect weather imaginable, and slicing through the fluffiest powder I’ve ever experienced. It truly was a memorable experience.

We spent another couple of days on Aspen Mountain, and a total of three nights in Snowmass and four in Aspen to complete the ski adventure. But the apex occurred that day on Ajax, when the mountain and town became more than just lore.

Turns out, Aspen is not just hype.