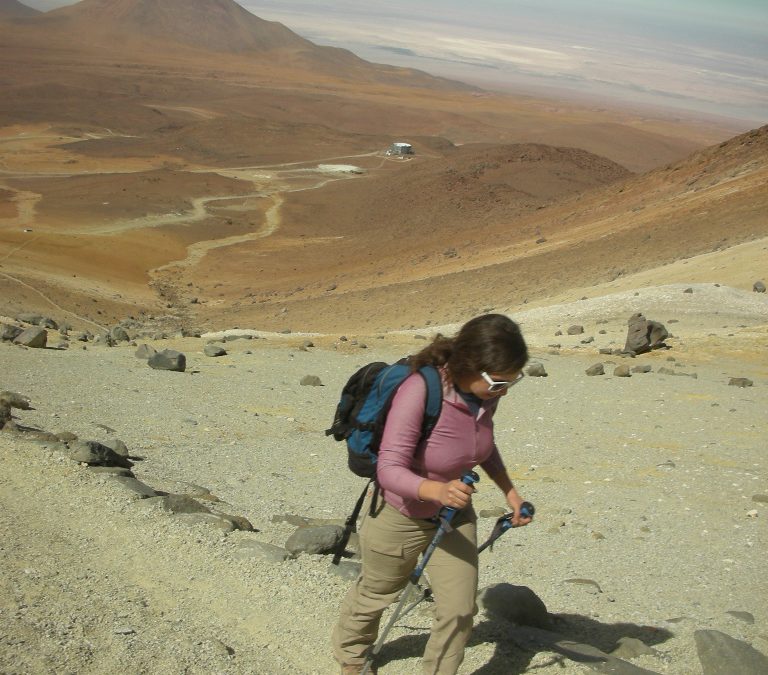 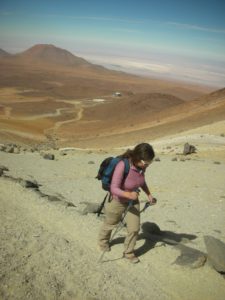 By Dan Foldes and Reggie Yemma

It is not easy to breathe the air up around 18,000 feet, especially when hiking straight to the top of a volcano. The Toco Volcano is the most difficult excursion offered by Tierra Atacama, one of San Pedro, Chile’s most luxurious and beautiful boutique hotels.

Speaking with others at the hotel who had already accomplished the summit of Toco, it seemed the most challenging thing about the hike would be coping with a lack of oxygen. We found this to be true, compounded by the fact that the sandy terrain made each step an added challenge. Our guide, Hilko, coached us on the proper high-altitude breathing technique, however we found the hiking and breathing combo incredibly hard nonetheless.

A look around at one of our many breaks on our ascent revealed a landscape that was a seemingly lifeless expanse of other volcanoes and high flats. The only animals we saw along the 80 minute, 400 meter hike to the summit were a couple of small birds and a moth. Glancing back towards the trailhead, an old sulfur mine’s white and yellow rock field was also a prominent feature of the land. Up around 17,000 feet we realized with a chuckle that a small green patch in the valley to the east was San Pedro itself.

Before too long, after “moon-walking” slowly along the trail and taking many deep breaths, we arrived at the summit of Toco. With huge smiles of accomplishment, we were greeted with astounding views of the high Bolivian plains, the faraway snowy peaks of the Argentinean Andes, and the vast expanse of the Atacama desert of Chile. It felt great to take a deep breath, look out at the panoramic view of the desert, and know that the rest of the hike was all down hill. Our guide pulled out a thermos of hot tea, and pointed out all the different landmarks around us—including a steaming volcano, the one currently active volcano out of the 150 volcanoes in Chile.

We enjoyed being on top of the world, but after about 10 minutes it was time to head back down to an altitude that was a bit more habitable. It took us only one quarter of the time to get back down to our starting point, and then we hit the road to head back to a delicious lunch (and pisco sours, Chile’s national drink) at Tierra Atacama, and a relaxing afternoon. For the afternoon, we sat out by the pool gazing off at the towering volcanoes. We could point out our far-off peak and say, “We were there! Behold our quarry.”