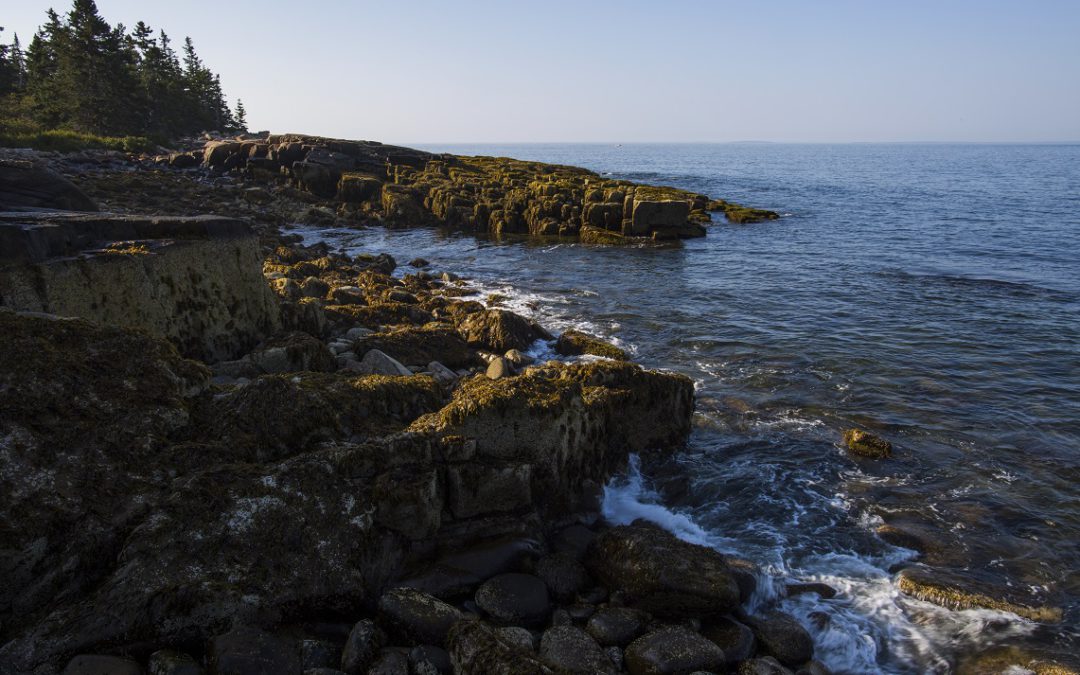 You just have to get up really early at Acadia National Park on Maine’s Mount Desert Island and get to the top of Cadillac Mountain to see the sunrise. What’s the big deal? You’ll be at the spot where, in this country, the sun rises first.

You can drive to the top or hike but be forewarned it is a steep climb. And in case you are wondering, Cadillac Mountain was named for Antoine de la Mothe, sieur de Cadillac, a French explorer, who founded a settlement near Detroit. The car was also named for him.

No worries if you can’t make the sunrise. Drive up for sunset or enjoy one of the many other hikes in the park or go tide-pooling at the beach (Otter Point is a particularly good place to see sea cucumbers, sea starts and more at low tide). You can also climb a mountain or three (the Grandgent Trail connects the peaks of Parkman, Gilmore and Sargent, among 26 mountains in the parks), bike ride on the famous gravel Carriage Roads (45 miles within the park), canoe on a lake and bird-watch — there are more than 335 species in Acadia.

“I’ve seen 10 different species of birds in the park. My favorite is the chickadee,” said Zoey, 11, from Somesville, Maine. She’s one of the many kids who offered tips for visiting kids in my “Kid’s Guide to Maine” and the just released “Kid’s Guide to Acadia National Park.”

There’s even the chance for a geocaching adventure that will steer you to some of the park’s most significant sites. And like at other national parks, there is the Junior Ranger program (join at a visitors’ center) and plenty of ranger-led programs.

“Acadia is one of the world’s most beautiful places!” offered Cecelia, 10, who lives in Bar Harbor, the gateway to Acadia and tourist-central in the summer with road trippers and cruise ships stopping here.

“Hiking is the best here because you get to see stuff you’ve never seen,” said Carter, 10. That’s high praise from a boy who lives in Bar Harbor and hikes here all the time.

That’s not a reason to skip Bar Harbor, though, not when you can go whale-watching, adopt a whale at Bar Harbor’s College of the Atlantic, see lobster hatchings and tidal creatures at the Mount Desert Oceanarium, go out on a lobster boat, shop till you drop or, of course, eat lobster.

“Your life isn’t complete if you don’t eat a lobster here,” said James, 11, from Ellsworth.

“Bar Harbor is known for having some of the best lobsters in the world caught straight from the bay,” said Jacob, 12, who lives in Bar Harbor.

It’s also known for souvenir shopping. “You can get crazy souvenirs here, like bags of moose poop candy. It’s just chocolate, but it’s a pretty funny gift to give someone,” said Darrin, 11, from Portland.

“Get a stuffed moose. Even though I live in Bar Harbor, I have one,” said Harmony, 11. The Moose, of course, is Maine’s state animal and you will see everything moose and lobster here — socks, PJs, T-shirts, keychains, holiday ornaments, magnets. … As well as plenty of things with blueberries. (Maine raises 99 percent of all the wild blueberries in the country and you’ll see wild blueberry bushes throughout Mount Desert Island.)

The best part: You can leave the car wherever you are staying to explore Bar Harbor, Mount Desert Island and Acadia — there is a free Island Explorer bus system that goes all around the island and the park.

Families, especially wealthy families, have been coming to vacation on Mount Desert Island for generations. In fact, Acadia National Park exists because a few of them, including John D. Rockefeller Jr., donated land and worked hard to preserve it as a national park. Rockefeller paid for the Park Loop Road and the carriage roads — first built so he could have carriage rides around his estate — and where so many people bike and horseback ride today. (No cars!)

Kids will love going over and under the famous stone bridges (most also paid for by Rockefeller) past streams and waterfalls. You can check out some of Acadia’s lakes and ponds (there are nine of them) from the carriage roads, including Eagle Lake.

“My favorite thing to do in Acadia is bike around Eagle Lake,” said Molly, 12, from Bar Harbor.

It’s easy to rent bikes in Bar Harbor. Make sure to wear a helmet and remember that everyone yields to the horses, bikers, hikers and walkers.

Maine kids also have some gear suggestions for visiting kids:

“I always take some extra clothes hiking so if there’s a place to swim, I can put on dry clothes and not have to keep hiking in wet shorts,” said Frannie, 13, from Portland.

“The essentials for hiking are a water bottle, snacks, lunch and bug spray. The bugs are so bad up on the mountains,” said Zoey, 11.

“I always pack some Band-Aids and Neosporin in my bag,” said Cat, 12, from Portland. “If anyone is going to fall down or get blisters, it’s going to be me.”

Most important, says Adam, 11, from Bar Harbor, “In Acadia, take only pictures and leave only footprints.”