To Innsbruck and beyond 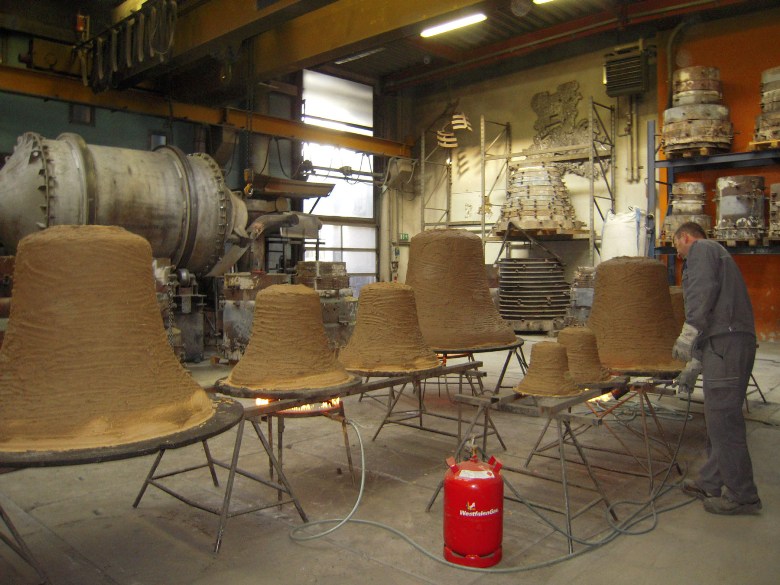 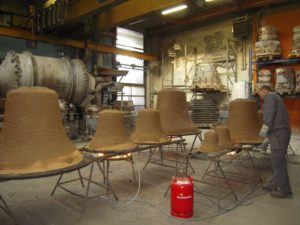 Making bells as they have for centuries in Innsbruck.

It sparkles everywhere — on the walls, the floors, on the ceilings in fanciful art displays guaranteed to make you say, “WOW!” no matter what your age.

Welcome to Swarovski Crystal Worlds (www.swarovski.com/kristallwelten) in the small town of Wattens, Austria where the famous international company has been headquartered for more than a century. We’re just a short drive from Innsbruck at this unique underground museum, Austria’s second top tourist attraction after Vienna’s Schonbrunn Palace, which attracts 700,000 visitors a year to the Tyrol. (Catch a bus several times a day from Innsbruck www.innsbruck.info).

As the legend goes here, a benign giant (we see his huge walking stick) watches over the subterranean world (crystals, of course, are formed deep in the earth and then refined by human hands). Each of the museum’s paintings, sculptures and multimedia installations are created by internationally known artists and utilize crystals — from the Mechanical Theater (kids will love the dancing pants and the man’s body that comes apart with crystal inside!) to Poseidon’s Puzzle, which changes based on your movements, and the giant kaleidoscope, flower angels and dancing suns. Check out the biggest crystal in the world — 300,000 carats — and the tiniest, just .8 millimeters. Kids will love the special art workshops, the performances (we saw some amazing Brazilian dancers) and the sculpture garden and playground outside.

Who says kids will be bored in Europe? Not in Austria. There’s plenty of culture and history — kids can dress up as royals, in fact, at the Schonbrunn Palace (www.schoenbrunn.at) or visit the Imperial Zoo. They can walk over a bridge in Innsbruck that dates back to 1080 or stay in a hotel that’s more than 600 years old! (The Goldener Adler (www.bestwestern-ce.com/goldeneradler), where we stayed, once welcomed Mozart!) They can ogle Innsbruck’s shimmering Golden Roof (yes, that’s real gold and 2,657 genuine copper tiles), which was completed in 1500. (Even better, they can eat Innsbruck’s famous chocolate Golden Roofs. Yum!)

The thing about the Tyrol, we discover from our engaging guide Elisabeth Grassmayr, a grandmother of 10, is that history is personal. Mrs. Grassmayr shows us through the bell-making operation that has been in her husband’s family for 14 generations — and where her sons now work. There is a Glocken Museum here where kids can see how bells have been cast from iron ore to bells over the centuries and watch as the latest work is being done. Check out the sound chamber! (www.grassmayr.at).

As we walk through Innsbruck’s Old Town, Grassmayr points out a candle shop that his been in business for 300 years and a restaurant, The Ottoburg, that professes to be in the oldest house in Innsbruck (parts of the building date back to 1180). Some of the walls at the McDonald’s across the cobblestone pathway she tells us, are 500 years old.

We wonder what the kids who lived back then would think of the Tyrol now, with its 21st-century crystal creations, the ski jump in the middle of Innsbruck, the chance to skate at the rink built for the Olympic Games, Innsbruck has hosted two (www.olympiaworld.at), take a toboggan ride or hitch a ride on a gondola that will get you up to the mountains in less than a half hour. Then there’s the Alpen Zoo (http://www.alpenzoo.at/), the highest zoo in Europe — popular with local kids and devoted to Alpine animals and fish. (The Innsbruck card (www.innsbruck.info) gives you entrance to all of the major sites, including Swarovski Crystal Worlds, as well as access to public transport, even the cable car up to the mountains.)

Let’s not forget the Aqua Dome (www.aqua-dome.at). It’s in the town of Langenfeld, less than an hour from Innsbruck, and is famous for its thermal mountain waters. (Sit back in a huge futuristic hot tub at look out at the Alps!) Aqua Dome offers an expansive kids area, complete with waterslide, kids restaurant, climbing wall, arts and crafts area and supervision, so adults can indulge in the most amazing adult spa area I’ve ever seen with several saunas, steam rooms, an ice grotto and relaxation areas. My daughter especially liked the Blue Oasis with its padded circular seats and built-in headphones. (Note: These facilities are coed, which may take a little getting used to for Americans.)

If you think Europe is out of the question this summer, you might want to think again. The dollar is stronger against the Euro than a year ago, flights are on sale (our flight on Austrian Airlines actually didn’t cost much more than we spent to go from New York to Colorado in February) and there are plenty of hotel deals available (www.austria.info).

There are also unique opportunities to stay in traditional (and inexpensive) mountain huts near Innsbruck or in the Oetztal Valley (www.oetztal.com/main/EN/SO/index.html) where hundreds of these huts crisscross the mountains. There are also many family-owned hotels in the villages. We loved the Hotel Regina (www.hotel-regina.com) in Solden where the same smiling waiter met us at breakfast and dinner every day. (There are substantial discounts for kids.)

We spent several days in the tiny (just 3,000 people) town of Solden (www.soelden.com), famous for its ski slopes and hiking paths. We stopped every day for lunch at a quaint, picturesque hut with an expansive deck, small wood-paneled rooms and giant cowbells hanging on the walls. Let’s not forget the food. (My daughter Mel became an instant fan of Wiener Schnitzel and the Austrian version of mac and cheese.)

Sitting on the deck in the sun overlooking the spectacular mountain vistas, we promise each other we’ll return some time to explore these mountains in the summer when they are blanketed in wildflowers.