To Jumby Bay, Antigua: A unique all-inclusive resort in the 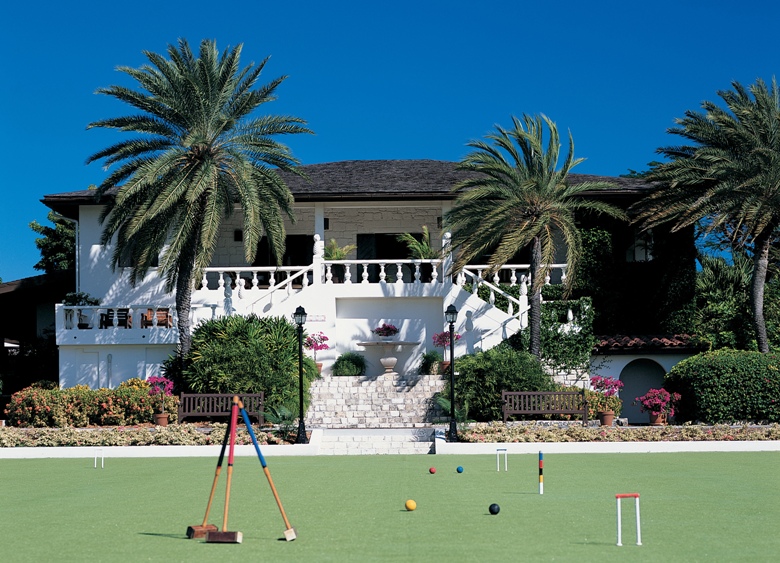 The family was treated to a private dinner on the beach, as everyone nestling their toes in the sand steps from the Caribbean Sea. There were candles, white tablecloths and a scrumptious meal served by the gracious staff who couldn’t do enough to make the evening special. But the family wasn’t celebrating. They were reminiscing.

It was exactly a year since Jeremy Venton died, and his wife and three kids opted to spend the difficult anniversary at the vacation spot the family loved most — Jumby Bay — located on a private 300-acre island just off the coast of Antigua. Though expensive, it gets it right when it comes to families. The Ventons have vacationed at the deluxe all-inclusive resort here every year for more than a decade, making friends from all over the world, including staff, who have visited their home. “We knew it was going to be a hard day,” said Sue Venton, from her home outside London. “We decided we wanted to be at Jumby where we had so many happy memories and special moments.”

Increasingly, families are opting to visit that special spot at Christmas and share the experience with extended family. In fact, since 2009, AAA reports more people are traveling over the holidays. “It’s the one time when everyone has the same vacation,” said Rhonda Klein, a Connecticut physician whose family has been gathering at another Antiguan resort since she was a child and now with her three kids, the crowd includes four generations. “It’s a great tradition,” she said, “So much better than just getting together for one day. You really get to spend time together.”

I recently spent a few days at Jumby Bay with my three oldest friends in one of their villas where we had our own pool and beachfront (I watched the seabirds every morning.) The resort, in fact, has more room for guests — and a place for families to spread out — in its 36 villas and vacation homes than in the resort’s 40 rooms. Rates for the rooms start at over $1,000 a night in low season — not crazy expensive for a fancy resort when you figure everything is included — but some of the homes here are a glimpse into how the rich and famous vacation, with pools larger than many hotel pools, private butlers and chefs, outdoor showers, their own workout rooms and a price tag at Christmas that can be over $25,000 a night.

If you won the lottery or ran a hedge fund, this is where you’d want to vacation! But even if you can’t afford the place, consider that what this resort does is what you now are seeing at resorts in all price points (everywhere from the YMCA of the Rockies to Walt Disney World) and what you should look for the next time you plan a multigenerational getaway — a place where you can gather and spread out with all the amenities of a resort without worrying about the cost every time one of the kids wants a Virgin Colada. “No one has to do any work,” explained Trevor McDonald, Jumby Bay’s director of operations, noting that despite a 10-day minimum, the resort is sold out over Christmas and was sold out over Thanksgiving as well. In the past, he said, it was just parents with a couple of kids. Today, there are grandparents and cousins, great aunts and uncles too.

The Allyns, for example, were celebrating Karin Allyn’s 75th birthday just before the holidays in a five-bedroom house complete with their own chef, who, according to their impressed dad David, obliged the grandkids by making them fish sticks from fresh Mahi-Mahi. 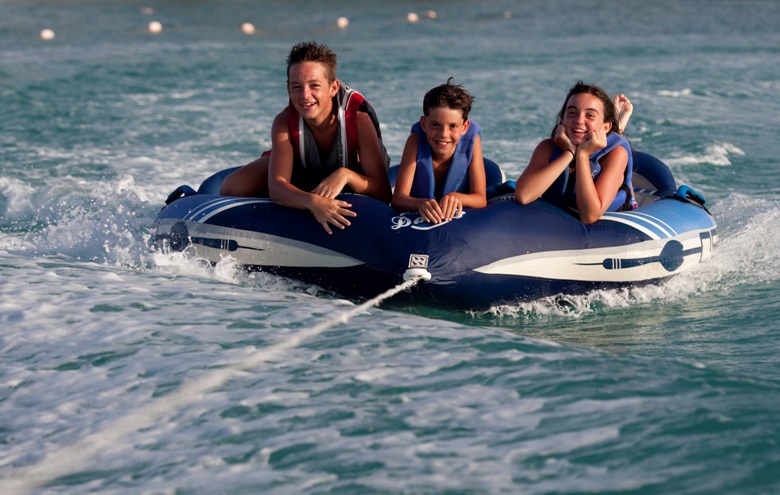 Another plus: “You can get away to your own corner,” laughed his sister Kristine. “You aren’t crowded.”

Having your own space certainly is key on a family vacation, including several generations. And because Jumby Bay, a Rosewood resort, is all inclusive, everyone can eat (and drink) and do (sunset cruise, maybe?) what they like without considering who is picking up which tab. Sue Venton volunteered that that certainly makes the vacation more relaxing.

You might also be inclined to let the kids experiment with food, trying lobster or grilled snapper or a local dish. No worries if they don’t like it — the staff will just bring them something else. That’s why one morning we tried the Antiguan Breakfast with creole salt fish, plantain and cornmeal Funghi (pronounced FOON-ji) a cornmeal dish similar to polenta. Every week, there is a pool barbecue with local West Indian dishes and a beach barbecue, complete with grilled lobster and ribs.

Whether the kids want to fish, as Venton’s son Charlie does every day, or water ski, snorkel or go to the kids’ club, it’s all included, as are the drinks, including mocktails for the kids. Venton said her family has become so close to bartender Genevieve George that she’s visited the family several times in England. “The kids call her Grandma Gen Gen,” she said.

We attended a cooking class and headed out kayaking to a nearby island where there was great snorkeling just offshore. One morning, we took a yoga class and another afternoon we went sailing. “You never get bored here,” said Venton. One of my friends even tried water-skiing for the first time in decades. (Read my trip diaries.)

And talk about de-stressing the holidays. On Christmas, Santa will arrive from the ocean (exactly how is always a surprise) and hand out gifts to all the kids. There are special meals you don’t have to cook and activities you don’t have to organize — cookie making, beach cricket for tweens and teens (Antigua, once part of the British Commonwealth, disassociated from Britain in 1981) raft-building and a bike safari (check out the island’s sheep!), windsurfing clinics, kayak relays and paddleboard races. New Year’s Eve, there is a big bash with entertainment, including aerialists.

“My daughter and I are always in tears when we leave,” confessed Sue Venton. “The only reason I don’t mind leaving is I know we’ll be back.”

They’re already booked for the same time next year.