Touring London with a local journalist – curry anyone? 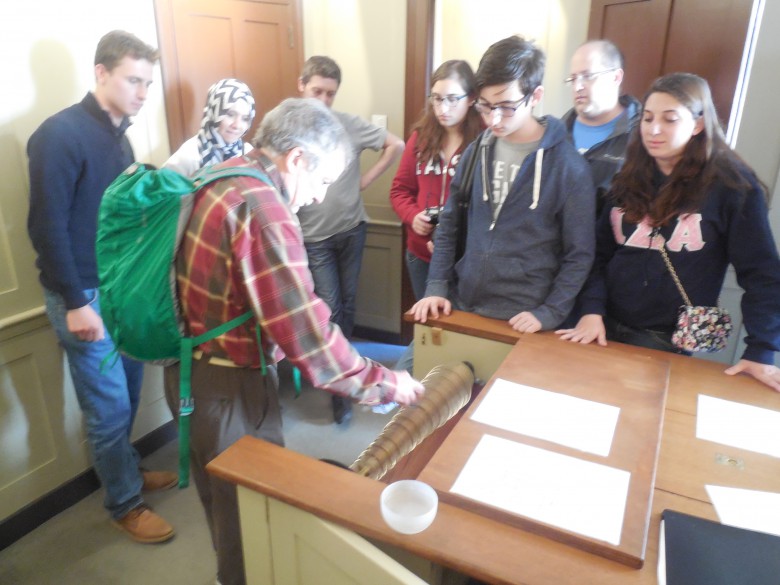 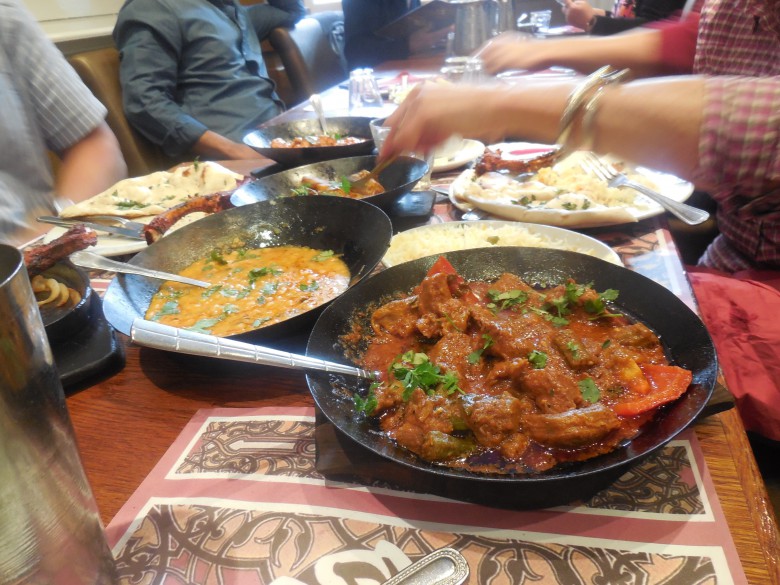 Will Hide, a London journalist, jokes that locals say Chicken tikka masala should be Britain’s national dish. Indian food—especially “takeaway” is so popular.

Vacations, of course, are a great time to try new cuisines and when in London, that means Indian food (actually mostly Bangladeshi).

If you have tweens or teens, head to Brick Lane, where you will find several blocks chock-a-block with restaurants promising the best curry in London. They’ve got names like Sheba, Aladin, Preem and Shampa. Often, smiling hosts are standing outside enticing you to come in with free appetizers or desserts.

Teens will like this area because East London, once the home of immigrants, is now very hip with Old Spitalfields Market now selling all varieties of goods—even top hats—everything from jewelry to tee shirts to baby one-sies with London buses on them. Who knows, you might get invited to the Queen’s Garden Party, where you’ll need a top hat, says a very talkative hat vendor. 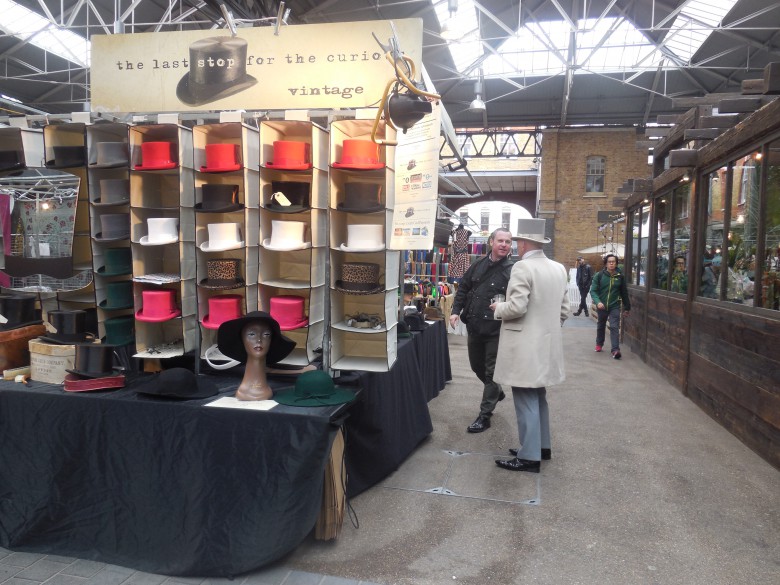 There is “Box park” that literally stores made from shipping containers—kind of tiny pop up shops whether you want the latest sunglasses, Swedish shoes, makeup, glasses frames, smiley face doo-dads, everything… some 60 stores and cafes, plus, of course, nail shops.  This neighborhood, also known as Shoreditch, seems akin to Manhattan’s lower east side or certain newly hip Brooklyn neighborhoods. Shops have their hashtags in the window. 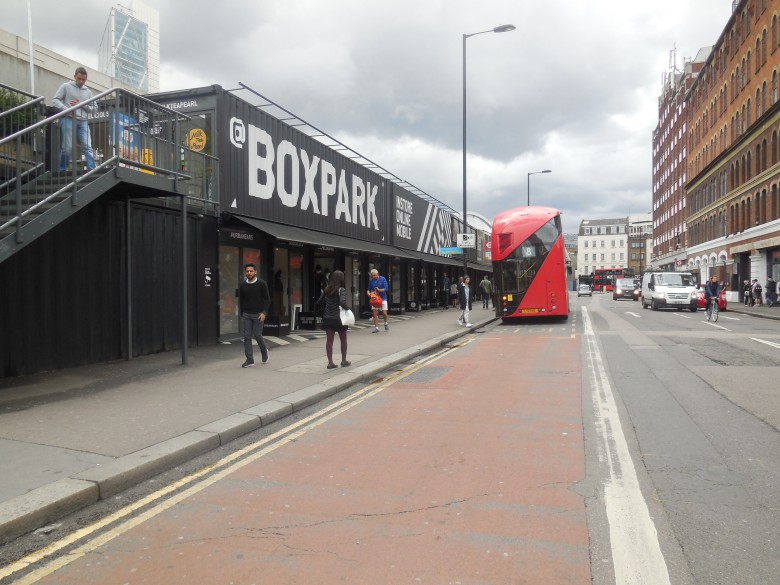 Teens flock to these shops. They will also like the shops near Covent Garden. And if you are a reader, make a stop at  Daunt Bookstore on Marlybone High Street, and pick up a book for kids by a British author for tweens—try Sally  Gardener. For younger kids: Dick King-Smith’s Mr. Gum series, and for the littlest travelers, the Mr. Man series. 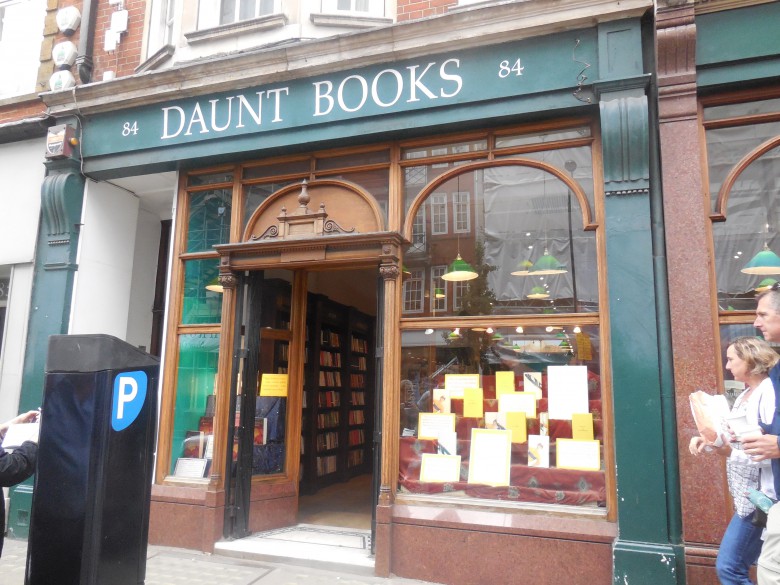 A tip: “Make sure to get an Oyster Card for the Tube,” Hide tells us. It is much cheaper than buying individual rides and faster too as you just touch the card to scan it. I also learn that all London buses don’t necessarily stop at every stop—you need to put out your hand to tell them you want them.

Hide takes us to Tayab restaurant a few blocks away in White Chapel on Fieldgate street that he says is packed with locals especially on weekends. Just remember to bring your own beer!  Another place in this neighborhood locals like is The Lahore kebab house.

We feasted on samosas, lamb and okra, nan and of course chicken tikka masala.  There is plenty for fussy eaters—grilled kababs, rice the mango lati shakes.

We were stuffed! But still hadn’t gotten our Indian food fix quite filled yet.

At the Ben Franklin House in London

On the way to theater, we stopped for a quick tour of the National Portrait Gallery and the Benjamin Franklin House. You would be forgiven if you thought Old Ben’s house was in Philadelphia, but he actually lived in London for most of 16 years prior to his service in the Continental Congress that drafted the Declaration of Independence. About 12,000 visitors a year find this obscure landmark for various historical and architectural tours.

Then on to the musical Sunny Afternoon in the West End—the story of the rise of the 1960s hit band The Kinks which is being called by critics the new Great British Musical.  It won multiple awards this season and is set against the back drop of how Britain was fast changing in the ‘60s, exploring the highs and lows of one of Britain’s most iconic bands. (If you are going to go to theater in London, try to see something that is set in England! Check out websites for Official London Theater, Lastminute.com and the TKTS booth in Leicester Square for day-of discount tickets. You can also find where seats are available at www.seatplan.com. We also saw The Curious Incident Of The Dog At Night, the story of a teen with Aspergers who sets out to find who murdered a neighborhood dog and uncovers many uncomfortable truths in the process. The version on Broadway just walked away with a slew of Tony Awards.

A tip: If you plan to go out to theater, you will find lots of pre-theater dining deals, Hide said. Just make sure to book a reservation.

So after the musical and still smiling, we walked over to London’s Soho, just off the always buzzing Carnaby Street,  to check out a different style Indian restaurant — Cinnamon Soho, the third London restaurant from chef Vivek Singh. The décor is modern and sleek and the food less traditional but delicious—a starter of “balls” that ranged from potato to crab to quail egg all fried crispy and served with various chutneys and condiments.  I especially loved the bright yellow shrimp curry with coconut milk.

We were still smiling when we got back to the JW Marriott Grosvenor House to sleep before heading on to Ireland the next morning.