What Parents Say About Family Vacations 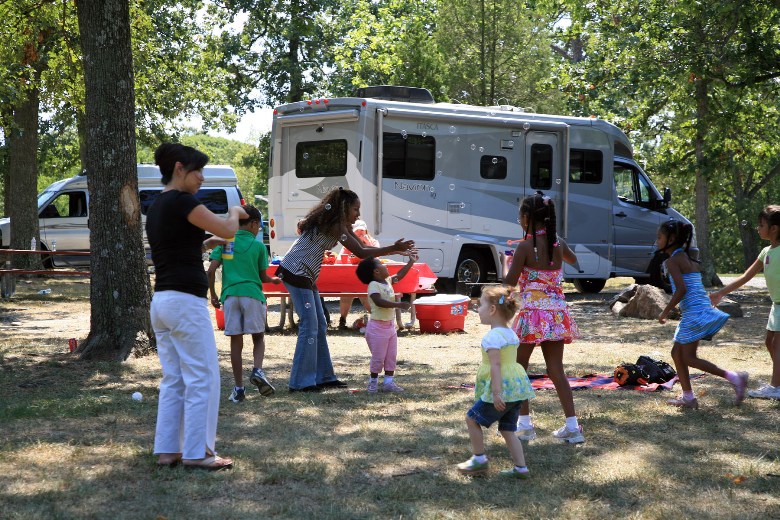 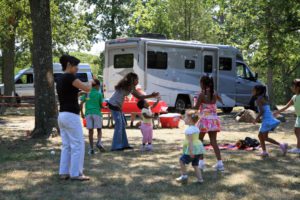 Vacationing at an RV campground

You need a vacation now more than ever, and you shouldn’t feel the least bit guilty. In fact, you’ve got lots of company, according to a new family-travel poll for which I partnered with Travelocity.com.

The majority of the 1,100 people who responded said that vacations are as important now as they were before the recession, and nearly one-fourth of respondents said vacations are more important now. I can only imagine the frustration of all of those families around the world whose long-awaited vacations have been disrupted and likely ruined by the cloud of volcanic ash that is wreaking havoc with travel across Europe.

With all of the extra stresses this never-ending recession has wrought, “People recognize the importance of quality time with their families away from the stress,” says Dr. Dannee Neal, an Indianapolis family physician and mom of three who is serving as a member this year of the Disney World Moms Panel (www.disneyworldmoms.com ). “The recession has caused people a lot of stress, and they need the release from that more than ever.”

I couldn’t agree more. But that’s not to say we’re willing to blow next month’s mortgage payment. In fact, the poll shows that we’re scaling back at home in order to afford a getaway. Sixty-seven percent will cut back on entertainment and eating out, more than half will postpone a major purchase, and a third will trim health and beauty expenses (do you really need that haircut?) in order to afford going away.

And once we decide to go, we’ll cut costs every way we can. We’ll avoid expensive travel around the holidays — 10 percent say they’ll take kids out of school, in fact — drive instead of fly (49 percent), and vacation closer to home. (This week, the national parks are all waiving admissions fees and touting a variety of extra activities for visitors; visit www.nps.gov .)

Travelocity’s Genevieve Brown says wherever you want to go, the good news is that there are plenty of deals to be had–as long as you’re not trying to get to or from Europe this next week, of course. She notes that nine out of 10 top beach destinations are reporting lower hotel rates than last year — as much as 29 percent in Myrtle Beach, 23 percent in Jamaica, 12 percent in Los Angeles and even 4 percent in popular San Diego.

“The savings are all in the hotels,” says Brown, noting that airfares are up — all the more reason to book packages (that let you save significantly) or drive, as do the Neals.

Besides saving money, Dannee Neal says, she likes the road trip part of their vacation — the time to wind down from work, to reconnect. “And I don’t have to worry about how I’m packing my bag,” she says. “I can just throw everything in.”

Nor is there concern about missing a flight. or getting involuntarily bumped, or dealing with a toddler who doesn’t want to let go of his “lovey” at security. That and the airlines’ efforts to continue to nickel-and-dime passengers — the latest by Spirit Airlines, which announced it will now charge for carry-on bags, though diaper bags are excluded — is reason enough, parents tell me, to avoid air travel. And if the baby starts crying on a car trip or the toddler starts kicking the seat in front of them, they’re not inconveniencing strangers.

But wherever you go and however you get there, it’s about keeping the kids happy. Any parent who has vacationed with an inconsolable toddler or a sulking tween or a teen pining for her boyfriend knows that if the kids aren’t happy, no one will be happy. “We want to avoid places that lead to frequent whining and tantrums,” says Kerei Yuen, a Northern California mom of four boys.

That’s probably why. As this survey suggests, kids are involved in the planning. “Although they don’t always tell you directly, most kids are happy to spend time together as a family,” says Dr. David Fassler, a child and adolescent psychiatrist and University of Vermont Professor of Psychiatry. “Vacation trips often include adventures and memories which are recalled years later.” He adds that when planning, “decide what really helps you and your kids relax,” whether it’s a quiet beach or a cruise ship with morning-till-night activities.

Lucky kids. When I was a kid, no one ever asked me where I wanted to go on vacation or what I wanted to do when I got there.

More than half of those polled select activities with the kids in mind. The Yuens, for example, opt for the Santa Barbara Family Vacation Center. A quarter of the kids determine the type of vacation (cruise or campground. perhaps?), and a third of kids 11 and older are doing vacation research online. In many cases, they know their way around the Web better than their parents. (A third of those with kids 11 or older report that the kids determine the type of vacations.)

A tip to the travel industry on marketing to families: Pay attention to these junior travelers. They may well decide which hotel or cruise line the family chooses (the one with the best water slide!) or where the family will go.

Just ask Jamie Pearson, creator of www.travelsavvymom.com . “We skied a lot more than I would have liked this year because the kids took to it,” she reports.

Another tip for the travel industry that we gleaned from this poll: Pay attention to single-parent families. There are millions of single parents out there, after all, and 98 percent of the ones polled say the travel industry doesn’t adequately meet their needs. Seventy-one percent would like to see more single parent packages, for example, and a third asked for more organized kids activities so that the parent could get a break. For example, from June 1 through Aug. 31, the luxury all-inclusive Velas Resorts at three top Mexican beach destinations are waiving the single supplement fee for single parents traveling with their children. Makes sense to me!

The thing we all need to remember is that, unlike a crockpot or even a car (yes, there have been deals suggesting we can return a minivan if we don’t like it), we can’t return a vacation if it doesn’t turn out the way we expected. It might rain. Someone might get sick. The hotel pool might not look anything like the photographs.

But at least, if the kids helped plan, it’s not your fault when things go awry. You’re all in it together.

And that’s what matters most anyway.

(For more on Eileen’s visit to Orlando, read her Travel Diaries)