What’s in the garden for family vacationers at Chewton Glen? 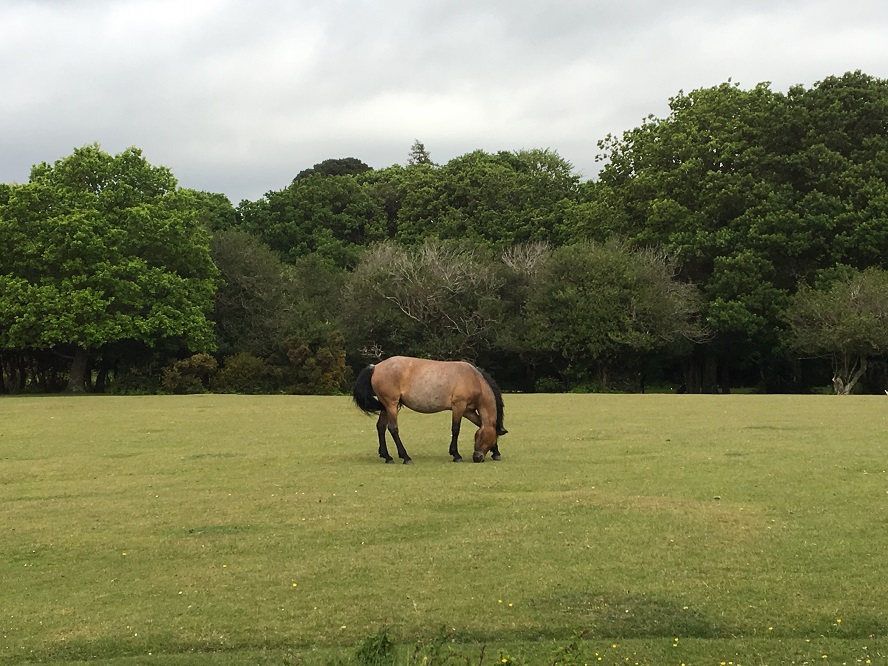 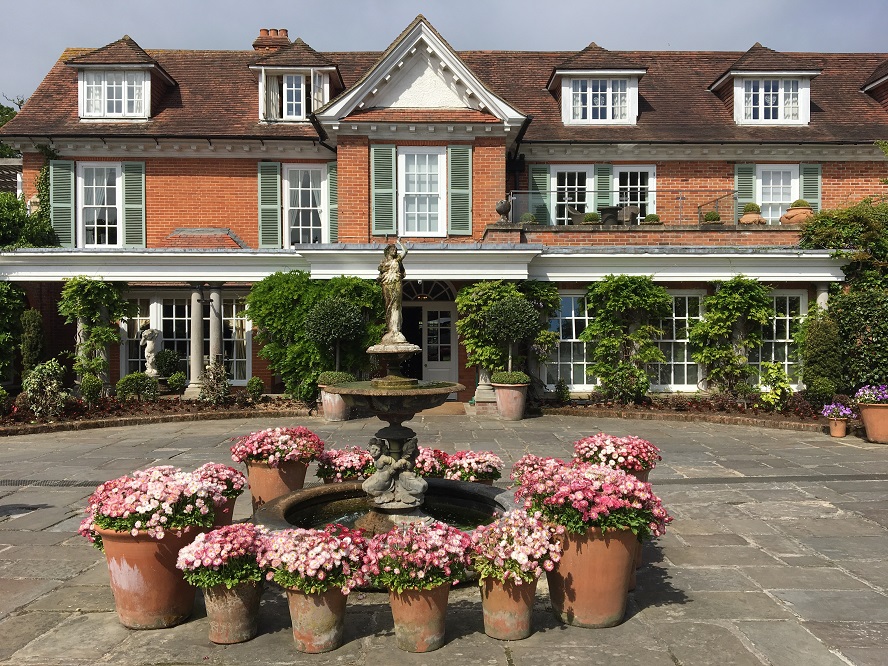 CHEWTON GLEN, England — Darren Venables has worked at the Chewton Glen Hotel and Resort in far southern England for so long there’s even a cocktail named after him.

We found him working in the gardens which supply the new Kitchen restaurant. The newly built space is for guests—including kids—to learn about food, taking a class or just enjoying a meal with fresh ingredients right from the raised beds and greenhouse outside. There are other larger gardens and orchards – alpine strawberries, cabbage and varieties of kale and lettuce,  rhubarb, asparagus, lavender broad beans

“When we started,” said Venables, who has worked at this Hampshire Country House resort for 28 years, “no one was interested. The fields—there are 135 acres—just had sheep and cows… Now everyone wants to see things being produced.”

Besides the Kitchen Garden and the Walled Kitchen Garden and Nursery, there are 70 beehives, plans for a mushroom house, a gin distillery and an orchid house. The new restaurant with the open kitchen is a partnership with British celebrity chef James Martin.  How about a kids’ class where they learn how their food is grown, how to prepare it and then of course, eat?  There are also classes in “perfect” deserts. “No Gluten and the benefits of super foods,” bread baking and more.  The classes are proving very popular

The resort, a five star Relais & Chateaux country house hotel is just over 50 years old but the house dates to the 1700s. There is a literary connection (beside the fact that Jane Austen lived not far away, her home now  a museum). Captain Frederick Marryat was inspired by visits to his brother who lived here to write the classic children’s novel “The Children of the New Forest.” Many of the rooms are named for characters in the book.

The resort actually extends to the edge of the New Forest,  but a short drive will take you to the tiny village of Burley, a good base for a walk or bike ride. This is England’s smallest national park with wildlife (horses graze right on the golf course!), picturesque houses, tiny villages and plenty of lanes for walks and bike rides.

When William the Conqueror saw these deer-filled lands with wild woods more than 900 years ago, he thought he was pretty lucky.  It became a playground for Royals and now for everyone—including legends about witches. There are medieval stone bridges spanning rivers, narrow streets and house gardens planted with beautiful flowers. Visit New Forest Cider or Hockey’s Farm restaurant where the farm’s award-winning  pork is served. There are plenty of traditional pubs and places for tea as well.

Chewton Glen is even closer to the sea—just a 15-minute walk. Go a little farther to Highcliffe Castle and Mudeford Quay which overlooks Christchurch Bay where you’ll see sailing boats and local fisherman. The hotel obligingly provides kids with beach toys and will drive the families if it’s too long a walk. There are miles of coastline with all varieties of water sports. 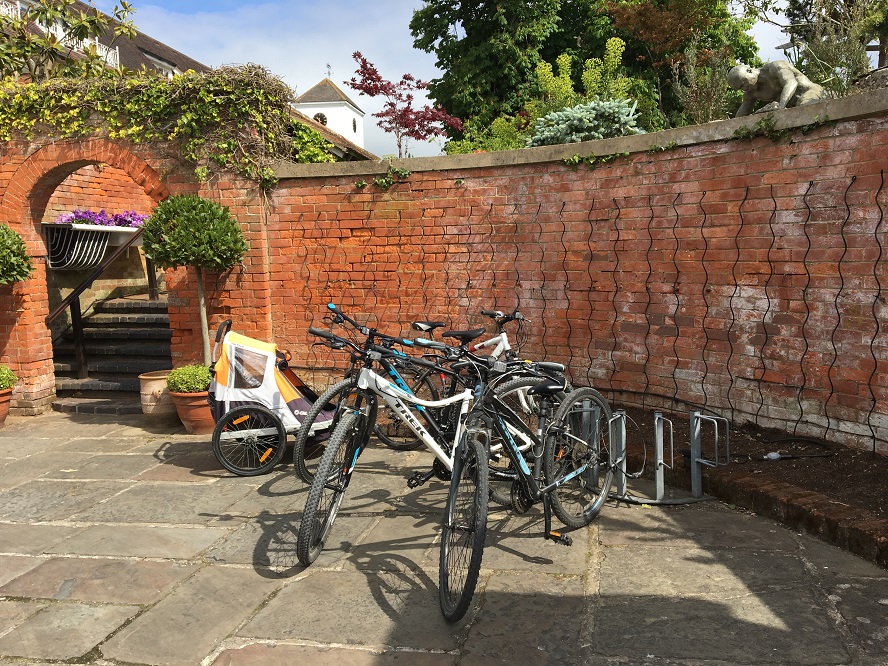 Bikes at the ready at Chewton House

It’s no wonder well-heeled London families love this place, about two hours from London but a world away — next week when the kids are out for what they call “half term” they are expecting 80 kids.  But few Americans have discovered this place which is a shame.

First, there is the family-friendly resort itself (including the Kitchen with everything from burgers to super salads to pizzas and homemade pasta – plenty for kids to like.  They also are welcomed in the dining room and Summer House with all the windows that look out into the never-ending gardens.  Here there is a kids’ menu (maybe a small steak or chicken breast with mashed potatos or freshly made fries) and a strawberry kabob with chocolate sauce for desert) while  adults enjoy  a modern British menu with choices like  fresh oysters, dover sole and an iced Chewton honeycomb parfait for desert.

Families whose kids have allergies will be pleased there is a special menu key to tell you want to avoid.   There is also an affordable three course menu that’s less than $35. Nice! (During special Family Times weeks kids eat for free from a buffet served in the Lake Suite.)

That’s after they’ve enjoyed a “mocktail”or smoothie while parents have a cocktail  made with many of the herbs and fruits grown here. Bartender Maurizio Laudato proudly shows off the infused red wine with cherries (used for Sangria), the rosemary, bay leaf, lavender, lemon thyme and mint. There is a Rhubarb Royal made with the Estate Foraged Rhubarb and champagne; Thai and Dry Martini with lemongrass and Chili infused vodka and homemade seaweed and lime syrup, and Venables’ Garden  (named after Darren Venables with special apple juice, mint, rhubarb homemade cordial and fresh lime juice). For those who prefer the classics, there are  35 different gins (including six local ones) and just as many Single Malts. 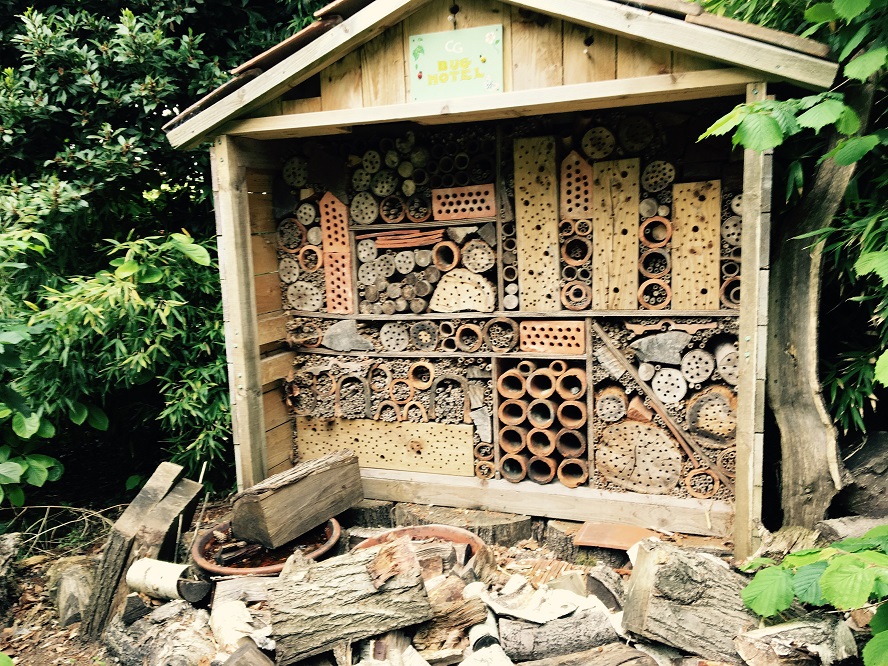 Then there are the pools–the heated outdoor one and expansive indoor one with special kids’ swimming times. There is a playground with a tree house, a “Five  Star Bug Hotel” constructed so kids can watch different kinds of insects (how many can you find?), a complimentary indoor kids’ club, games to borrow, mocktails, the chance to whack a croquet mallet or a golf club (the nine hole course is complimentary and is really meant more for kids and families than serious golfers).

For tennis players, there are indoor courts and pros on hand for lessons. The resort has plenty of complimentary bikes and helmets, including kids’ bikes, those with trailers and kids’ seats.  This area is also famous for fly-fishing.

Oh bother! How about “Poohsticks”, a game first mentioned in The House at Pooh Corner and can be played here on the bridge over the Chewton Bunny stream on the golf course. It’s simple: everyone drops a stick on the upstream of the bridge and the one whose stick first appears on the downstream wins. There’s also a hotel grounds scavenger hunt with prizes handed out at the reception desk

Bikes at the ready at Chewton House

There are two story suites with accommodations and bathrooms upstairs and down.  Kids especially will love The12 Treehouses, literally nestled in the trees not far from the main hotel building if a tree house were meant to be luxurious. Parents will love the breakfast hampers in the morning including freshly made jam and honey (the resort even has a resident forager who brings back various berries which she makes into jams and syrups.) The kids will love their own hideaway up a steep staircase with room for four of them.

But they’ll have fun exploring the main house with so many staircases going every which way it seems — one to the expansive spa (I love that you can go back to your room in the robe!)

At the spa, how about the “Zest and Zen” treatment that starts with body exfoliation with oils packed with vitamin skin followed by a Lomi Juma massage that is inspired by ancient Pacific practices and traditional Mediterranean massage.

But what I like best for an American family is the sheer Britishness of the place, including the opportunity to make friends with English kids.

Tea and biscuits anyone?