What’s new at museums for families 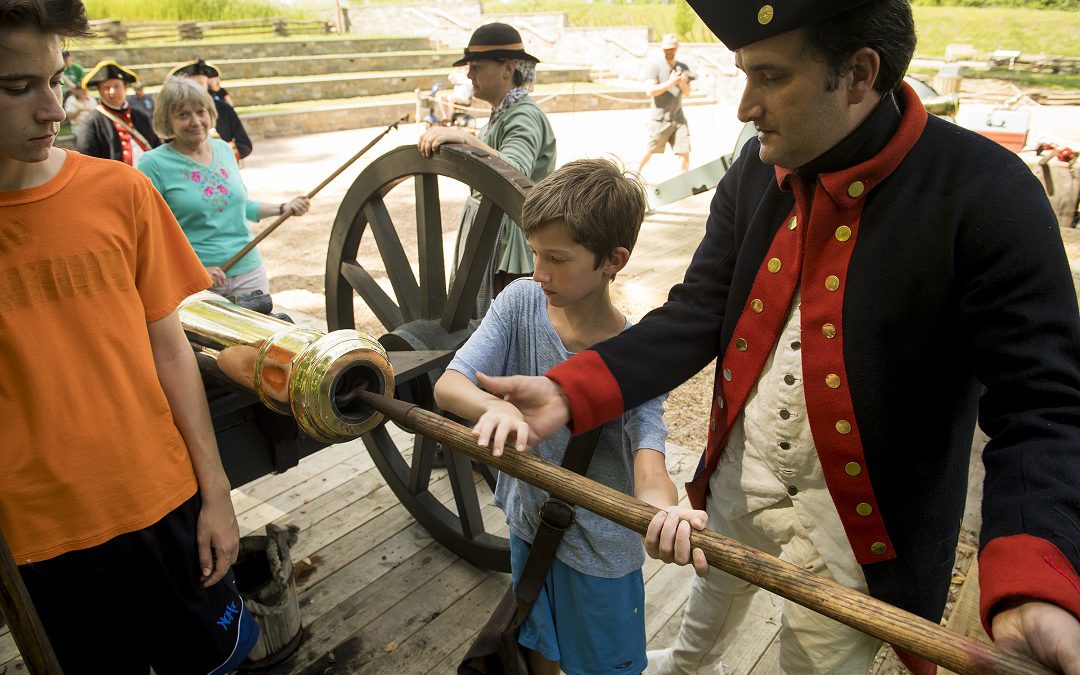 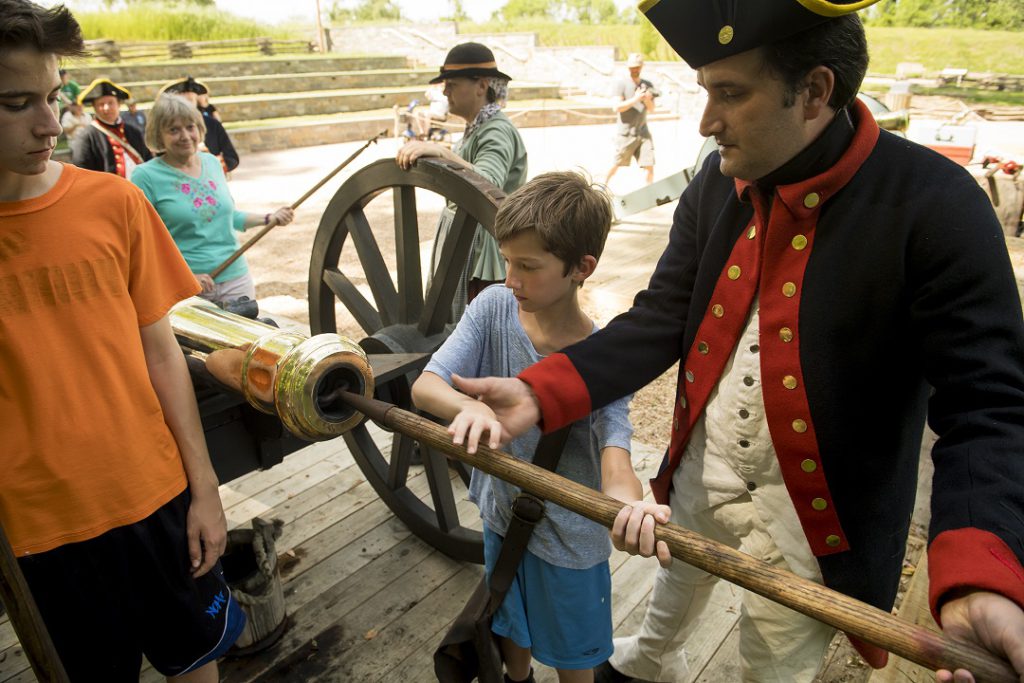 Pirates and Winnie-the-Pooh, LEGO creations and the world of comedy.

Welcome to what’s new at museums this summer and fall.

That’s right — museums. Whether you have an end-of-summer trip planned or just a few days before the school year gets into full swing, consider checking out a new museum exhibit or two. And if you are a member of your local art/science/children museum, zoo or aquarium, you might get in free. Museum Hack publishes a regular update of what is happening at museums around the world called “MuseNews.” Search the ArtGeek search engine for exhibits across the country of interest to kids based on when you might want to visit.

Wherever you are traveling — in big cities or small — put a museum on the itinerary. Museums are especially good bets when it rains or when you need to get out of the sun. You’re guaranteed a good time, but who knows, you might spark interest in a future career.

FUTURE EXPLORERS: See what it takes to discover a new species or study animal behavior as scientists venture into far-flung areas with extreme environments like polar regions (ready to explore an Arctic cabin?) and rain forests with the National Geographic Presents Earth Explorers at the Museum of Science and History in Jacksonville, Florida. Are you ready to get face-to-face with a great white shark? It runs through Sept. 9.

Kids can learn more about a different kind of exploration at the National Geographic Museum in Washington, D.C., with the new “Titanic: The Untold Story” exhibit, which, though storytelling, provides new and previously classified information and perspective about Bob Ballard’s discovery of the Titanic. (“Titanic” runs through January 2019, and Kimpton Hotels in the area are offering a special package, including exhibit tickets, with rates starting at $159.) Also, see the famous HOV Alvin, the research sub that famously documented the wreckage in 1986.

FUTURE ARCHAEOLOGISTS. See the oldest known biblical documents dating back more than 2,000 years at the traveling “Dead Sea Scrolls” exhibit at the Denver Museum of Nature & Science through Sept. 3. The Dead Sea Scrolls, found in 1947 when young goat herders wandered into a cave along the shore of the Dead Sea and found an assortment of clay jars, inside of which were scrolls wrapped in linen, represent one of the most significant archaeological discoveries of the 20th century. More than 900 scrolls were ultimately recovered. The more than 600 artifacts from the ancient Middle East — seals, weapons, carvings, coins, shoes and jewelry, offer a window into historic traditions that impact our world today. 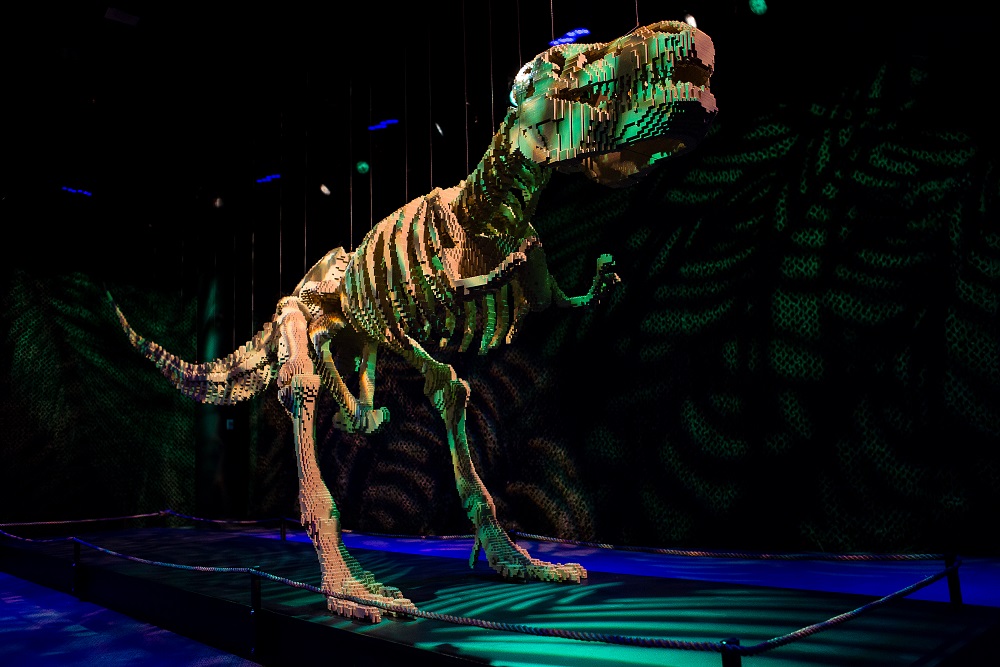 FUTURE DESIGNERS AND ARCHITECTS. The world’s largest exhibit of LEGO art is now at the Carnegie Science Center’s new PPG Science Pavilion in Pittsburgh. The Art of the Brick features everything from LEGO versions of art masterpieces like the Mona Lisa to a giant T-Rex and an innovative multimedia collection using LEGO bricks and photography. Don’t miss the hands-on builder activity area, Science of the Brick, with eight different brick-building challenges. Are you ready to build a maze out of LEGO bricks? A big hit has been artist Nathan Sawaya’s LEGO sculpture that is inspired by the city’s Three Sisters Bridges. It runs through Jan. 7, 2019.

FUTURE COMEDIANS. The National Comedy Center, the first museum dedicated to telling the story of comedy, including how to be a better story teller, has just opened in Jamestown, New York, Lucille Ball’s hometown. Once you’re fitted with a wristband with an RFID chip, you are free to wander through 50 interactive exhibits that allow you to step into a comedian’s shoes. Check out the props, costumes and holograms of famous comedians’ performances!

Enter Blackbeard the pirate’s cabin from the Queen Anne’s Revenge at the new expanded World of Blackbeard the Pirate at the free North Carolina Maritime Museum in Beaufort where you can also see cannons, grenades, belt buckles and more excavated from Blackbeard’s wrecked ship. Also, learn boatbuilding at The Harvey W. Smith Watercraft Center.

The “Blast from the Past” exhibit at the American Revolution Museum at Yorktown, Virginia, is the place to see the role weapons played in the decisive battles of the American Revolution. Are you ready to enlist as a member of the Continental Army or make cartridges in the Continental Army encampment? Come the weekend of Oct. 20 for the Yorktown Victory Celebration and “A Weekend of Revolutionary Noise” with re-enactor encampments. “Blast from the Past” runs through Jan. 5, 2019.

Opening Sept. 1 and coinciding with the centennial of Armistice Day on Nov. 11, Seattle’s Museum of History & Industry introduces WW1 America, which tells the extraordinary stories of Americans during those war years.

FUTURE AUTHORS and ILLUSTRATORS. They won’t want to miss the Winnie-the-Pooh: Exploring a Classic. The exhibit opens on Sept. 22 (through Jan. 6) at the Museum of Fine Arts in Boston, offering original drawings, letters and more explaining how the much-loved stories of Pooh and his friends came to be.

Through Sept. 9, those in Cincinnati can see the Make Way for Ducklings: The Art of Robert McCloskey, an exhibit of 100 original artworks and more from the classic children’s tale.

And The Eric Carle Museum of Picture Book Art in Amherst, Massachusetts, is hosting the first ever U.S. exhibition of Paddington Comes to America through Oct. 7, celebrating the Christmas Eve 60 years ago when Michael Bond spotted a lonely bear in a London shop, took it home to his wife, named it Paddington and began writing about the bear’s adventures. Perhaps the most fun, the recreated double-decker bus that doubles as a reading area for young guests to learn more about the London sites featured in the Paddington stories.

Spend time in a museum with your kids this summer, and 20 years from now you might be able to remind them where they first got inspired toward their career.