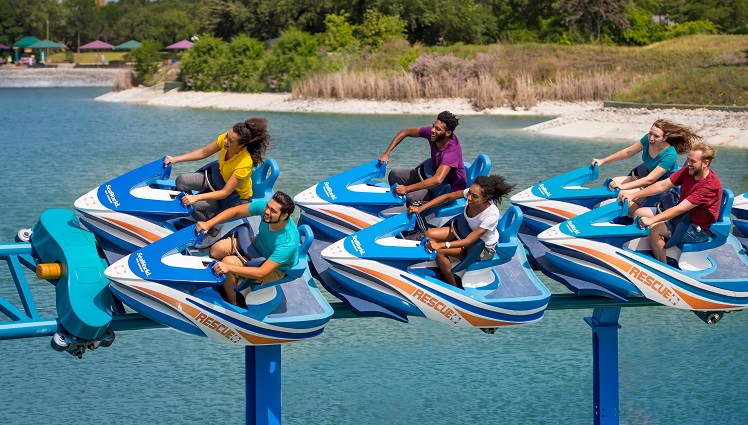 Travel to a peace-loving planet light-years away where bioluminescent plants glow or fly down a giant coaster over the water, as you try to rescue an animal in trouble. Maybe your kids would prefer a terrifyingly steep water slide — or two — in the dark. Younger kids can race each other down kid-sized water slides while dinosaur lovers have the chance to interact with 14 different dinosaurs.

We’re, of course, talking about Pandora — The World of Avatar, which just debuted at Animal Kingdom in Orlando, Wave Breaker: The Rescue Coaster at Sea World San Antonio, through which you join the SeaWorld Rescue Team in a quest to rescue an injured animal and Universal Orlando’s new Volcano Bay water park, which raises the bar for water thrills. The dino interactions happen at Stone Mountain Park in Georgia as part of “Dinosaur Explore” while at Legoland California Resort in Carlsbad the new “Legoland Surfers” is designed so younger kids can compete as they race down one of six new water slides.

Whether you are the parent (or grandparent) who is the first to lead the kids on the new thrill ride or the one who would rather sit out the experience altogether (maybe in a cushy air-conditioned hotel room) there is certainly lots to choose from this summer — 170 new rides, slides and experiences at 75 parks and attractions across the United States and in Canada to be precise, according to the International Association of Amusement Parks and Attractions.

One word of caution: Never try to cajole a reluctant kid on a thrill ride. You might turn them off to theme parks forever and remember, there is always next year! And always keep a close eye at the water parks. That’s a parent’s responsibility, the American Red Cross says, not the lifeguard’s.

Be prepared for crowds, heat and to spend more than you expect. (Carrying your own water bottles and snacks should help a bit, as well as having the souvenir discussion in advance — how much can the kids spend?) 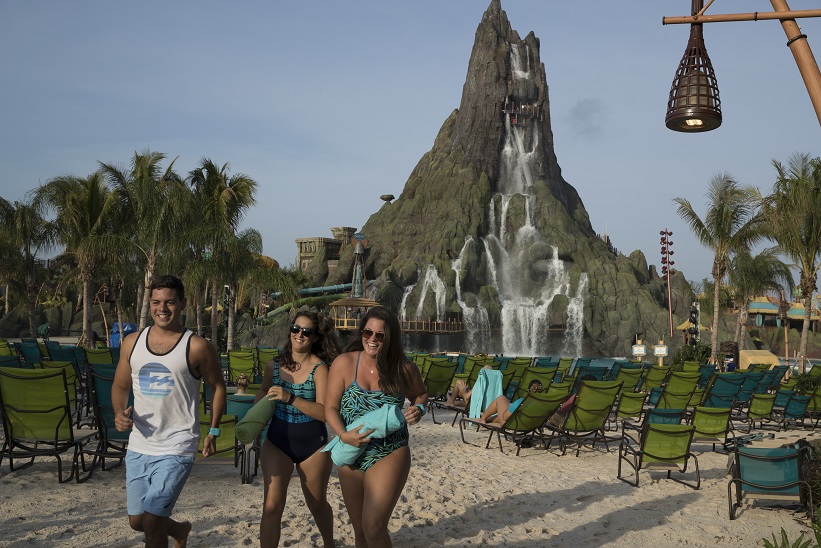 Also have the what-if-we-get-separated conversation? Do the younger kids know your name (some will tell security officers your names are mommy and daddy)? Do they know where you are staying? Do they know your cellphone number? (It doesn’t hurt to write the information down and put it in their pocket, if they are too young for cellphones.) Who should they ask for help (someone wearing a theme park uniform with a name tag!)?

Whenever possible use available avenues to cut waiting time and plan your time in advance (FastPass at Disney) get front-of-the-line access by staying at on-site hotels (Universal Orlando). If you are determined to skip the lines and get the best seats for every show, consider a VIP tour or purchasing an “express pass,” if they are offered, like at the SeaWorld parks. But no matter how expensive the day, you still should leave when you — and the kids — have had enough.

There is also some positive messaging along with the thrills this summer. SeaWorld is anxious to get out the message that Wave Breaker is not only the first of its kind in North America with jet ski-style cars over water, but it can engage and inspire kids with its animal rescue mission. The SeaWorld rescue team has helped more than 29,000 animals in need over the past 50 years, many of them marine animals.

And Disney’s Pandora takes us on an eco-expedition to help reclaim the planet’s natural resources generations after humans almost destroyed the place. Guests should leave the new land and Animal Kingdom believing in the intrinsic value of nature — and how we must work to protect its resources.

There are also plenty of smaller regional and local parks that have new offerings this summer at prices, including deals for annual passes, that won’t take as big a bite out of your vacation budget:

KENTUCKY: Louisville’s Kentucky Kingdom has a new “Eye of the Storm high-speed coaster that circles a seven-story loop with rotations and inversions. (Admission is $44.95 online; $39.95 for kids.)

MISSOURI: Kansas City’s Paradise Park offers pay-as-you-go attractions like a foam factory, go-karts, laser tag and a new “Exit Room Express,” which is a physical adventure game where players are locked in a room and have to solve puzzles to get out (6 or 7 people, $13.99 for 40-minute experience).

NORTH CAROLINA: The Outer Banks is home to H2OBX, a $46 million water park with more than 20 water slides, pools and attractions, including a Deep Six Adventure Lagoon and Sand Pail Beach and Blue Herron Twirl for the youngest park goers ($49.99; $44.99 for kids).

PENNSYLVANIA: Dutch Wonderland in Lancaster has “Merlin’s Mayhem,” a suspended family-friendly coaster with a 60-foot rise named for the park’s magician and his dragon friend ($41.99 ages 3 to 59).