Boston’s Freedom Trail: Where families travel back in time 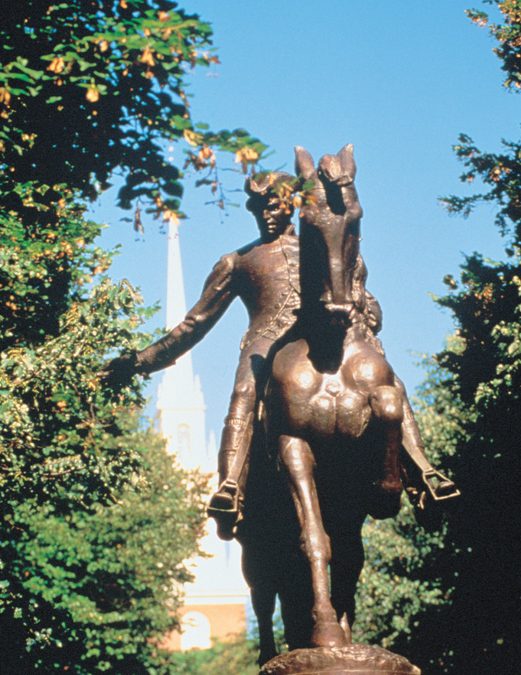 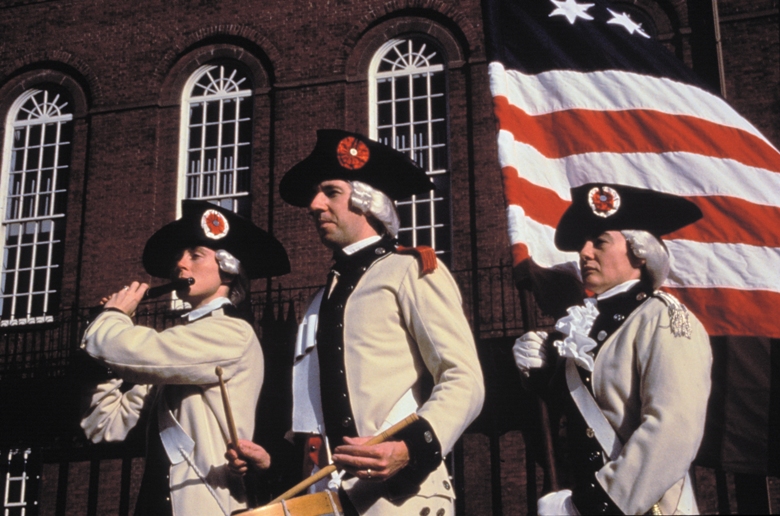 Ready for a walk? It’s not just any walk — it’s one of the most famous walks in the country.

Welcome to Boston’s Freedom Trail, the 2.5-mile-long route over cobble-stoned streets that lets you travel back in time to when Boston was still a colony and people argued about what to do about the increasingly difficult demands from the king of England.

Three million people — a lot of them parents and kids — walk the Freedom Trail every year, or at least part of it.

“History isn’t boring just because the people are dead. It’s about people’s lives,” said Ava, 11, visiting from Rochester, N.Y. She was one of many kids I talked to for my new “Kids Guide to Boston” about what makes a visit to Boston fun.

“I think every place in Boston is like a field trip, in a good way!” added Adrien, 14, who lives in a Boston suburb.

(You can download the official Freedom Trail app for $4.95, or sign on for a Walk into History tour from Boston Common or Faneuil Hall (reasonably priced at $13 for adults, $11 for teens and $7 for kids 12 and under, led by “18th-century” costumed guides who will regale the kids with stories of those who lived in Boston during those turbulent times).

This month, of course, all eyes will be on Boston as we mark the first anniversary of the Boston Marathon bombing and on Patriot’s Day, April 21, many will run in the 2014 Boston Marathon to honor those who died or were so grievously injured. I can’t think of a better time to celebrate all that makes Boston such a wonderful place for families to visit. (Download a Family Friendly ValuePASS offering special deals and discounts. If you plan to hit most of the major sites and museums, consider CityPASS (www.citypass.com), which not only saves you as much as half on admission but also allows you to skip the lines.

There’s even history to be learned watching the World Champion Red Sox play at Fenway Park, which celebrated its 100th anniversary in 2012 and is the oldest Major League baseball park still in operation. Every kid I interviewed said that if you are visiting Boston during baseball season, you’ve got to go see a Red Sox game. If you can get tickets, of course.

“When someone scores a home run, the crowd goes wild, and it’s so cool to see,” said Arianna, 13, of Walpole, Mass.

“Every other second people are yelling! It’s really fun!” said James, 10, visiting with his grandparents from Little Rock, Ark. 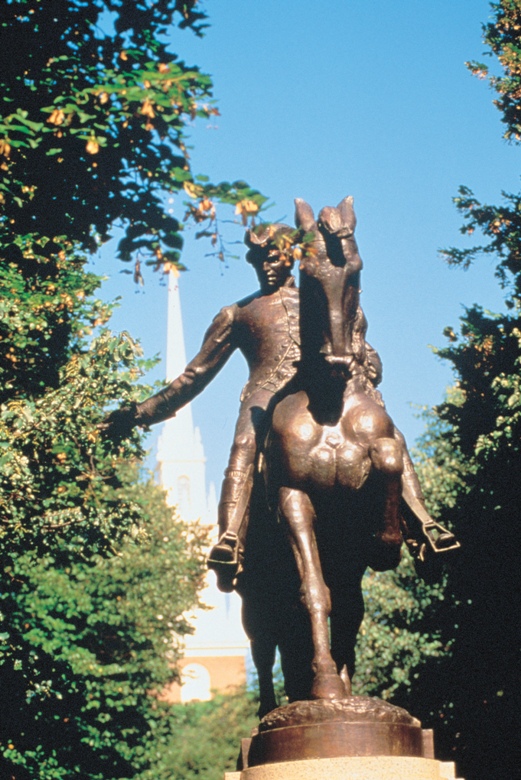 Boston is a city where it is easy — and fun — to go from the 18th century and back to the 21st century as often as you like, stopping for a bowl of clam chowder and souvenirs at Faneuil Hall where patriots debated and which, today, is tourism central with shops, food stalls and street entertainers outside or pizza and gelato in the North End, the famous Italian neighborhood. Where Paul Revere lived is now Boston’s oldest downtown building. Visit the Old North Church. (It was from here on April 18, 1775 that patriots signaled “two if by sea” the British were advancing.)

It is also from here that Paul Revere set out on April 18, 1775 on his famous ride to Lexington to warn the patriots that the British were coming. Contrary to Boston poet’s Henry Wadsworth Longfellow’s famous poem (“Listen, my children, and you shall hear/Of the midnight ride of Paul Revere”), Paul didn’t yell, “The British Are Coming!” He managed to warn some patriots, but was stopped by the British before he got to Concord. Longfellow’s poem wasn’t written until nearly 100 years after Revere’s ride and despite what it got wrong, it is credited with turning Paul Revere into a national hero. Today, Revere’s famous ride is re-enacted every year on Patriots’ Day.

Along the way, explore the Black Heritage Trail. You may be able to take a tour with National Park rangers.

But for every historic site — 16 sites right on the Freedom Trail — there are marvelous 21st-century attractions, like the New England Aquarium, the hands-on Boston Museum of Science, the holograms and robots at the MIT Museum in Cambridge, shopping on Newbury Street and the downtown Prudential Center or Harvard Square.

Opt for the popular high-speed Codzilla boat tours in Boston Harbor where you’re guaranteed to get wet or the Boston Duck Tours that take you past famous sites on land and into Boston Harbor on amphibious vehicles.

Imagine Boston Common packed with British soldiers: At the Granary Burying Ground, see if the kids can find the most famous revolutionary-era Bostonians, including Paul Revere, John Hancock and Samuel Adams.

“I love it — the history, the atmosphere and the shopping,” said Kathryn, 14, visiting from Hooksett, N.H.

Who says history can’t be fun?