Families explain why they explore with the Mouse 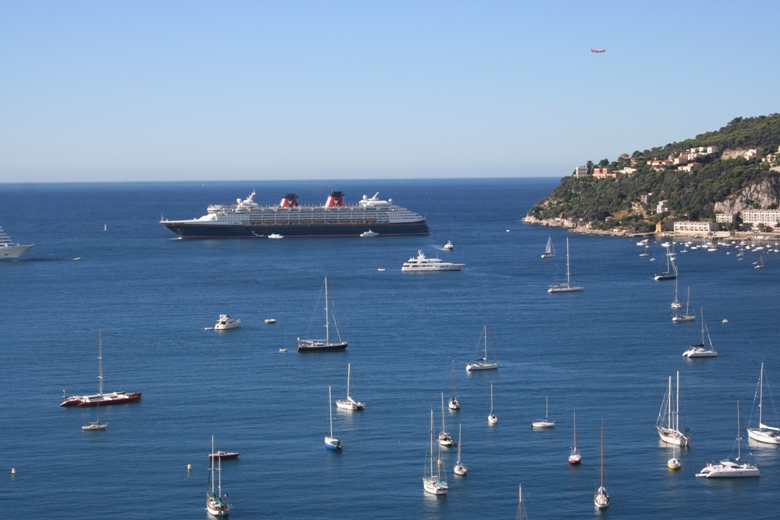 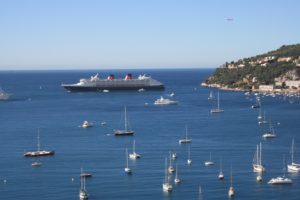 DAY FOUR – Little kids are everywhere–splashing in Mickey’s Ears in the Mickey Mouse head-shaped pool, getting chicken fingers and Pizza poolside, lining up to meet princesses (and decked out in Princess regalia), sitting in the toddler pool, napping on parents and grandparents laps in deck chairs.  For $50 little princesses can get their hair done complete with tiara at the Bibbidi-bobbidi Boutique.

More than 550 of the 1,000-plus kids on board the Disney Magic (www.disneycruise,.com) are 10 and younger and there are many not out of diapers or out of preschool yet—344 seven and under including 55 infants and toddlers.

Why would a family with young children opt for such a site-heavy European itinerary to places where young children wouldn’t get anything out of it? Many are Disney cruise fans—more than are repeat passengers. Typically Disney officials say, 30 per cent is average.

“You have someone take care of the kids and I don’t have to cook and clean,”: says Geri Markey who is from Los Gatos CA and is traveling with a seven year old as well as a 10 year old  She especially loves the new “Dining Dash” –the late seating dinner (many families opt for the 8:30 p.m. dinner because shore excursions return late) that enables her and her husband to feed the kids at dinner, have their counselors pick them up “and then we just get to enjoy.”

Her tip: since they are traveling with friends, they opted for private tours in the ports—significantly cheaper and easier to navigate with young kids aged 5 to 11. ”Travel can be so stressful,” she said. “Packing and unpacking, making sure you didn’t forget anything, finding food they will eat. Here, everybody is happy.”

They’ve decorated their cabin door with pictures of their dog, making it easier for the kids to recognize their door.

“The cruise is for the kids, the shore excursions are for us,” explained Micah Herrelbrink, who is cruising with three friends and their 10 children aged six to infants. All four are wives of Air Force pilots now deployed in Afghanistan while the families have stayed in Germany.  Herrelbrink, the mom of a 13 month old and five year old said there is an extra plus: The kids are so busy they aren’t as focused on their dads being away.

A day into her first cruise Herrelbrink is as happy a camper as her kids. She scheduled enough hours at Flounder’s Reef nursery for her toddler and sends her five year old to the Oceaneer Club so that she gets a break both at dinner and on shore excursion. Her friends are there to lend a hand—or an extra arm. “They can get something to eat everywhere,” she said, explaining they can feed their gang pool side for dinner (pizza, chicken fingers or burgers and hot dogs) whisk them up to the kids club and then have a girls night out. “We can let Disney take care of the kids and we can focus on ourselves which we never get to do at home,” she said.

“I never get to drop the kids off for free,” added her friend Melissa Liller, mom of six and four year old daughters. On purpose, they chose adult-oriented shore excursions–wine and cheese in French Riviera or the blue grotto in Malta, for example, since they can leave the kids on board happily supervised in the youth facilities where they will be fed lunch (and dinner too).  “It’s easy even in the cabins with the Disney channel,” she said.

Neva Reuddell, cradling her four month old daughter and keeping an eye on her two young sons in the pool, added that while it is never easy traveling with young kids, this cruise really works—and she even got a break to go for a run today. She’ll leave the boys on the ship she said and take her infant daughter with her but she’s not crawling yet so “she’s easy.  It’s a more of a break to leave the boys,” she acknowledged.

Around the kids’ expansive pool area, parents were marveling at how seamless Disney was making European travel with young kids.  Val Verrity, traveling  from Canada with an eight month old and seven year old said her seven year old prefers the pool to the kids club but she doesn’t mind—she’s happily watching eight month old Adam splash in an inch of water in the toddler pool. “We can see all the Mediterranean sights but leave all the diapers and everything on the ship. There is no comparison to other cruises with kids,” she’s convinced. She’s even brought a small food mill so she can prepare baby food table side.

If you are introducing young ones to Great Sites, suggests Dr. Steven Tuck, a classics professor at Miami University and president of the Vergilian Society which offers all varieties of European tours (www.vergel.clarku.edu), suggests “making it about the people, not the buildings.” Dr. Tuck is on board this week as the resident historic expert and has traveled widely with his own 16 year old as well as others. “Focus not just on what they will see but why–what is it about Pompeii that is important.”

“What you are trying to do is plant a seed so they will want to come back and explore foreign cultures and travel. You don’t want it to be a negative experience,” he cautions. “You don’t want a lot of conflict. You don’t want all that they remember is being hot and exhausted.”

Skip some of the churches and museums, he suggests, for parks, piazzas and beaches. All offer opportunities for learning—to immerse yourself however briefly in a different culture.  “Let them see the cultural differences, that we’re not just in a place where they speak a different language.

Make it a game–let the kids learn how to say hello in Maltese or Italian, tell you some weird fact about the Romans, look for something that is really different than at home. “Talk about the people and how they live and how they lived…that makes it come alive,” he said.

And skip that third church.

Ayman Neoman and Irene Malek, both physicians from Huntington Beach, CA are traveling with their four kids aged six to 12 as well as Malek’s parents and brother and sister in law.

“This is so much simpler than going from city to city,” she said, adding the family had traveled before boarding the ship. “You unpack once.”  The adults get some time to themselves while the kids are in the kids clubs. And her mom can relax on the ship if she doesn’t want to go on the shore excursions.  She opted for this trip—a long way from home –because she wanted the kids,   even the six year old to begin to get a sense that USA is not the center of universe.

Each child, she said, had to take a country and tell his siblings about it. “It’s so different when you travel with young children,” she said. Even though they will try different foods, that gets old after two weeks. Here they have the comfort of familiar foods, of people speaking English, of Disney movies and cartoons—even played on the giant screen over the pool. She raved about the counselors who because they are from around the world give the children a lesson in different cultures. “The counselors are happy to be here and that reflects how the children feel.”

“It’s nice to get rid of them for a little bit without feeling guilty,” she added.