How Harry Potter has changed teens’ wake up times 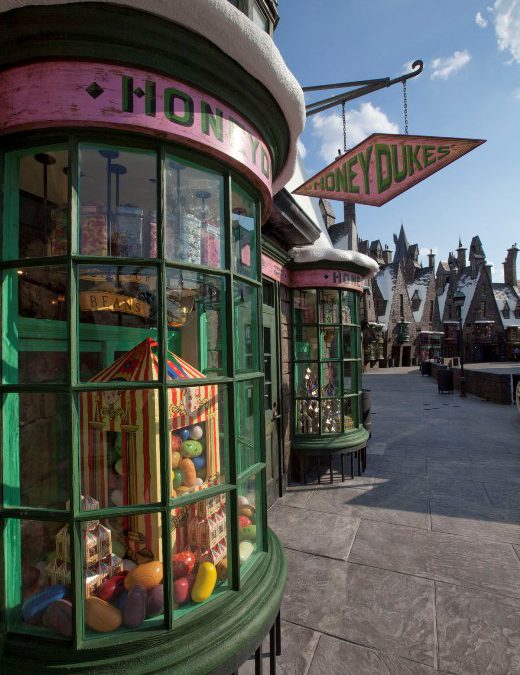 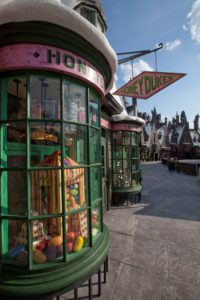 Suddenly, teens, college students and  even twenty-somethings  who aren’t big fans of family vacations much less getting  out of bed early are standing in line before 9 a.m. with their parents,  positively giddy with excitement at the prospect of soaring with Harry Potter and his pals over Hogsmeade on a forbidden journey (feel the dragon’s breath!), eating exploding candy,  drinking  frozen butter beer (tastes like cream soda with a shot of caramel) or having a Wandkeeper in his dusty shop direct you to just the right wand to perfect your wizarding skills.

“Very good for charming work,” he tells one would-be wizard who just graduated from college.
Welcome to Universal Orlando’s brand new Wizarding World of Harry Potter (www.universalorlando.com ), which has made family vacations hip again for the high-school and post high school crowd. Certainly it helps that mom and dad or grandpa pay for the trip and pop for $100 wizarding robes (yes, despite the 90-degree Florida heat, fans traipsed around the park in the floor-length robes, wearing Hogwarts ties as belts) or $30 wands.

“I about fainted when I went into the castle. It was so cool,” said 20-year-old Rachel Mastalski, who arrived before 7 a.m. one day recently to wait for the park’s early admission — her second early morning (early admission is gratis with vacation packages at the three Universal resorts) vacationing from Chicago with her family that includes two older siblings. And she thought it was worth every minute of lost sleep.

This is the generation, of course, that grew up with Harry Potter. They read the J.K. Rowling books with their parents, who were so excited they were reading that they waited in late-night lines for the latest release and then shepherded them and their friends to see the movies. It was inevitable that parents became fans too.

For that reason, says Thierry Coup, the Universal executive who helped oversee “Wizarding World” and himself the dad of a 16-year-old, the World has evoked as much passion amongst the Universal team that conceived and built the  20-acre “world” that is tucked in a corner of Universal’s Islands of Adventure  as with the fans. “There was more passion about this than anything we’ve ever done,” he said.

“I’ve read all the books twice,” said Earl Ward, retired after more than 30 years in the Army. He stood on line here at 7:30 a.m. with his two granddaughters after an 18-hour road trip from Dallas. “This is something we can all do together.”

That is as long as you can navigate the biggest theme park crowds I’ve ever seen. For more on my visit, read my travel diaries .

Gary Sain, president of the Orlando/Orange County Convention and Visitors Bureau, reports that the CVB’s travel partners are reporting double digit vacation inquiries and bookings.  (Check out www.visitorlando.com/deals  for the latest discounts.)

If money isn’t a concern, opt for a VIP tour (http://bit.ly/bbdqHW ) at $150 a person, plus park admission, that will get you into the castle without waiting two hours, but it won’t get you into Ollivander’s Wand Shop, Honeydukes, the candy shop, the Owl Post or Dervish and Banges, the “magical supplies and equipment” shop, with its copy of the Monster Book of Monsters in a cage where lines can stretch over an hour just to get inside.

“It’s exhausting,” acknowledged Sue Gauta, here with her kids from Naples, Fla. “We waited an hour to get into a shop to spend $150. It felt kind of dumb.”

A tip: See the rest of Universal’s two parks first and head to Hogsmeade later in the day or evening when the crowds hopefully have thinned out.

The younger generation, though, didn’t seem to mind the waits–a lot different from their earlier forays to Orlando when they were small. “How can you not love this,” said. 23-year-old Meghan Pahel, who waited more than an hour before getting into the Wandkeeper’s shop where she was the lucky one to get fitted for the “perfect” wand. “It’s like stepping into your childhood.”

Too bad she didn’t have enough money with her to buy the wand.