Aboard the new Norwegian Breakaway — plenty to keep kids entertained 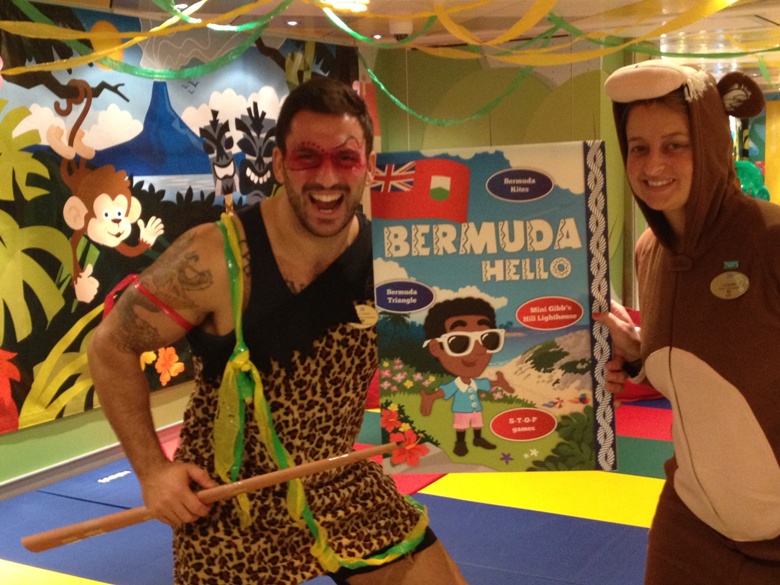 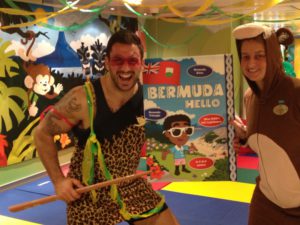 Norwegian Breakaway inside the kids club

If you’re on board the new Norwegian Breakaway, you—and baby—and grandma might all be joining in special “Guppies’ activities—maybe finger painting with special paints or using chalk or crayons made out of vegetables.

“We want those younger families whose kids aren’t in school,” said CEO Kevin Sheehan –especially during times of year when there aren’t school breaks.

He stressed that on this ship—from the restaurants to the water slides to the entertainment—there are things “that have never been done on a cruise ship.

“Family cruises have really escalated in the last few years,” said Karen Maybury, who oversees all of the youth programs for the cruise line,  adding as she toured me around the kids’ clubs aboard Breakaway that more families are cruising with babies and toddlers and have higher expectations of what they will find on board.

“These families are obsessed with early learning, “she said.  That means in addition to the “Guppies “ playroom equipped with toys for infants and toddlers,  there are staff-led activities, whether finger painting, sensory Jello Play or baby clown school—held in the other kids’ spaces when they are closed for lunch and dinner.  “Families want to spend time together on vacation no matter how little the kids,” she observed and that includes grandparents and other extended family.

At those times, she adds, there are family activities elsewhere on the ship, perhaps with Nickelodeon characters.  It’s not unusual to have 75 babies on board—and up to 1400 kid, she said.  “And we want the other kids to leave and then be excited to come back.

I was also glad to see that in the new kids’ club programs there are port-centric activities.  For example, kids sailing to Bermuda might make kites or giant Bermuda shorts out of construction paper.  They’ll play Bermuda triangle games or cardboard lighthouses.  There are such activities for each port.

They can also learn circus skills (juggling or plate spinning?)   “The program has been enhanced to a whole new level,” she said.  The day I visited, it was Jungle theme so counselors were wearing cave men costumes and had their faces painted—as did the kids as their favorite animals.  Fun!

Teens might learn to be DJs with the latest equipment or tackle the ship’s high ropes course together.  It’s all about teen team building in a sense said Tom Murrow, who is one of the oh-so-cool teen counselors on board.  The counselors also encourage the older teens to interact with the younger teens.  “We try to find common ground,” he said.

And the key, of course, is to get kids and teens to join the fun the first night and first sea day so they connect with the energetic youth staff and the kids on board.

“This is not babysitting, whatever the kids ages,” said Maybury.  “It is delivering interactive programs meant to stimulate the kids… and to make them feel special.”

In the spa too.  There is a whole spa menu for teens from ”skintastic facials, a heavenly massage, a surfers scrub and even cut and color hair styling—all for kids 12-17.

That also includes kids with special needs who can whenever possible join the group, as long as they don’t require one-on-one care. “Of course they can participate in a wheel chair,” she said.

That inclusiveness and sense of adventure extends to the food, said executive chef Anil Chinthapatla.  There is a separate kitchen for those with special dietary needs and allergies, he noted.

And while kids will grab burgers and fries, hot dogs and pizza for lunch, at dinner it’s a different story, especially now that kids 12 and under pay only half the specialty restaurant fee.  There are special kids’ menus in each of those restaurants but more often, Chef Chinthapatla said, the kids will order steak, salmon duck, onion soup…. They gravitate toward the Sushi Bar and the Noodle Bar ”Parents are encouraging kids now to try different foods,” he said, and there are also food-oriented family activities—learning to make pizza, for example, or decorating cupcakes.

He stressed that these days on ships, it isn’t about the quantity of the food but rather the experience—for kids as well as adults. Everything is made from fresh ingredients. “Food is lighter and the portions are smaller,” he said.  “There’s less butter, cream and cheeses; more simple sauces and emulsions…  And the kids want to try everything…

“We’re definitely seeing that more.”  And why not?  That’s one of the beauties of a cruise that kids as well as adults can sample foods they never have at home without paying extra.

Another piece of duck, please!