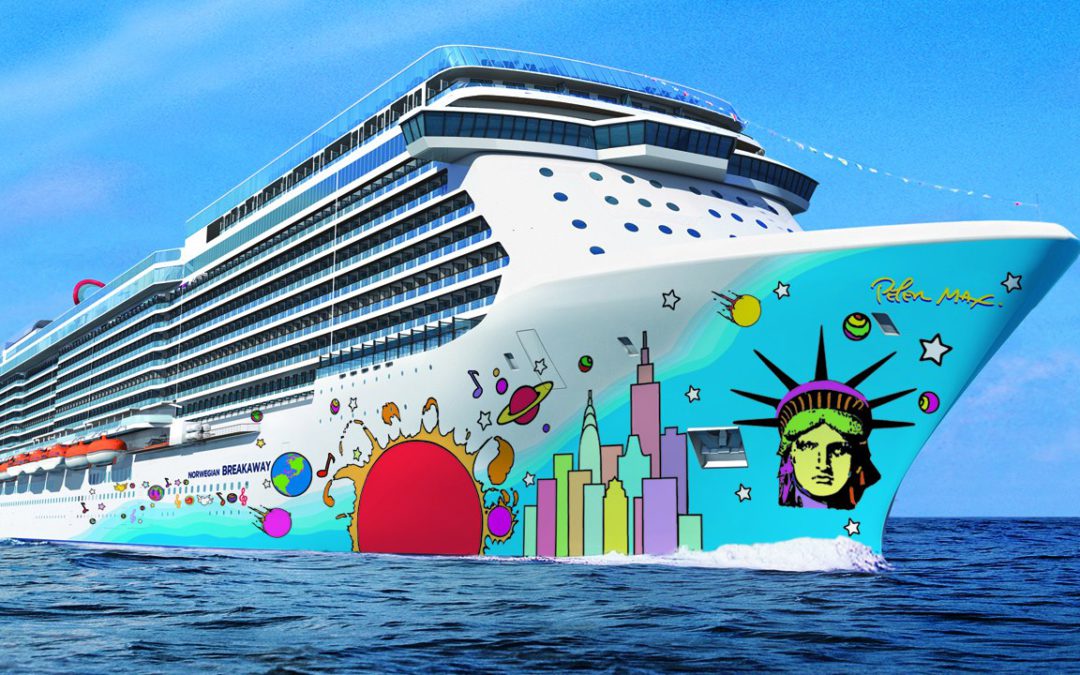 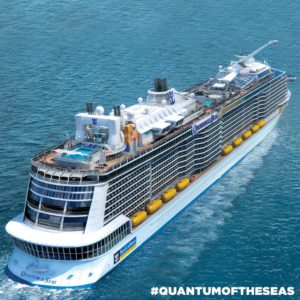 Royal Caribbean Quantum of the Seas

Are you counting down?

If you’re a cruise fan—specifically a Royal Caribbean fan—you probably are.

Sure many families are skittish about cruising right now given Carnival’s recent  performance—especially those who have never cruised.  “Some people who are sitting on the fence might decide to delay the experience,” acknowledges Royal Caribbean’s Vicki Freed, senior VP of Sales.

But Royal Caribbean wants you to know they’ve not only got your back but they’ll guarantee you an experience like none other on board a ship.  That’s especially the case if you wait 18 months for the new Quantum of the Seas  that will sail out of the New York area.  The staterooms are larger—and more connect for families. You can put together a suite that sleeps 14!  If grandma is along, there are also going to be more single staterooms. There even will be “virtual balconies” on the indoor cabins so that you can see real-time views of the ocean.

You don’t have to wait nearly as long for Norwegian’s new Breakaway, which will be sailing to Bermuda from New York starting in mid-May complete with two-story Splash Academy, Aqua Park and Sports Deck , three Broadway shows and restaurants to suit everyone’s taste—from sushi to steaks . 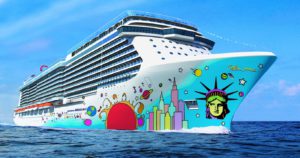 At  the same time, the  Disney Magic   is  relaunching  with new spaces, reimagined areas and exciting additions for the whole family– from a new grand atrium lobby and a children’s area  to a three-story water thrill slide and a spa  and new experiences with Marvel characters – the first time Super Hero icons from the Marvel Universe have been introduced on a Disney Cruise Line ship.

I think it’s great that cruise lines are trying to outdo each other with larger staterooms (including amazing suites) activities, entertainment and good eats. I’m going to sample Breakaway’s attractions in a couple of weeks.

As for Quantum of the Seas, we’ll have to wait and see but it sure does sound like fun.  You can ascend 300 feet above the sea to take in the views in The North Star bubble—the inspiration came from the London Eye, try  sky diving—well a sky-diving simulator with RipCord by iFly.  Kids and teens will love the SeaPlex, the largest indoor active space at sea complete with bumper car rink (that’s a first) roller skating rink, full size basketball court, table tennis and a circus school (ready to fly on the trapeze?). There are of course the features you’ve seen in all of the ads—the FlowRider, Rock Climbing Wall, Shrek and Fiona.  RCL executives insist that they can manage the attractions so that there shouldn’t be long lines.  I certainly hope so.

There will be a nursery at sea for babies as well as kids and teens clubs that have proved so popular that will offer activities not only in their designated clubs but around the ship.

But is all that’s new enough to  overcome first-time cruisers qualms?