On a European river cruise with kids of all ages 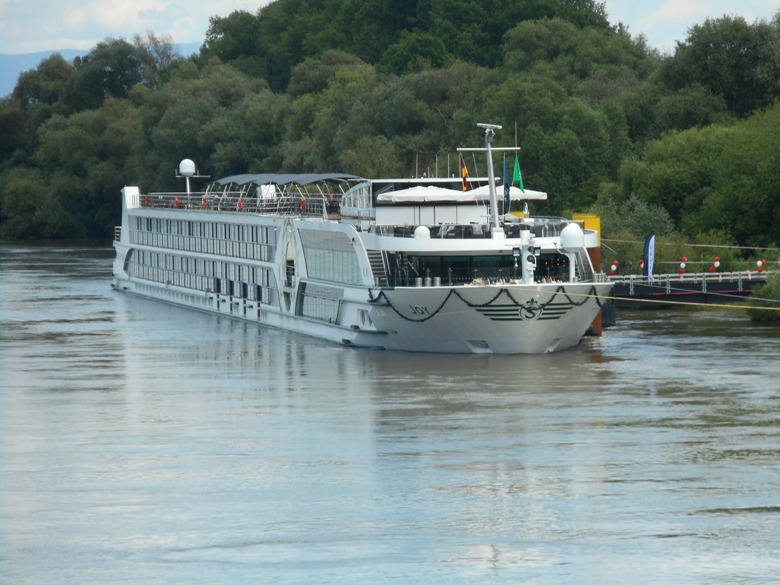 Take their three kids on a river cruise in Europe?

“I don’t want to be on vacation with a bunch of old people!” Josh Blumental told his wife, Amy Wolfe.

But she persisted — the Salt Lake City mom had friends who had raved about their experience — and in the end, Blumental was glad she had.

The couple and their three kids aged 15, 13 and 9, were all enjoying themselves on AmaWaterways’ AmaStella cruise ship as it sailed up the Danube from Budapest to Vilshofen, Germany. They relaxed onboard playing board games and cards, and along the way stopped to ride bikes along the Danube. (Book by Sept, 30 and get AmaWaterways up to $1,500 off per stateroom for select Christmas Markets departures to explore Salzburg and Budapest.)

And rather than being surrounded by elderly seniors, the family, like other passengers, was enjoying the chance to meet and spend time with people from all over the world.

“More relaxing than a regular cruise because there aren’t so many people,” added her husband, Ashok Khemlani.

The all-inclusive nature of these trips also seems to de-stress the experience — just choose which shore excursion you like, borrow a bike, enjoy complimentary wine and beer and more on some ships. 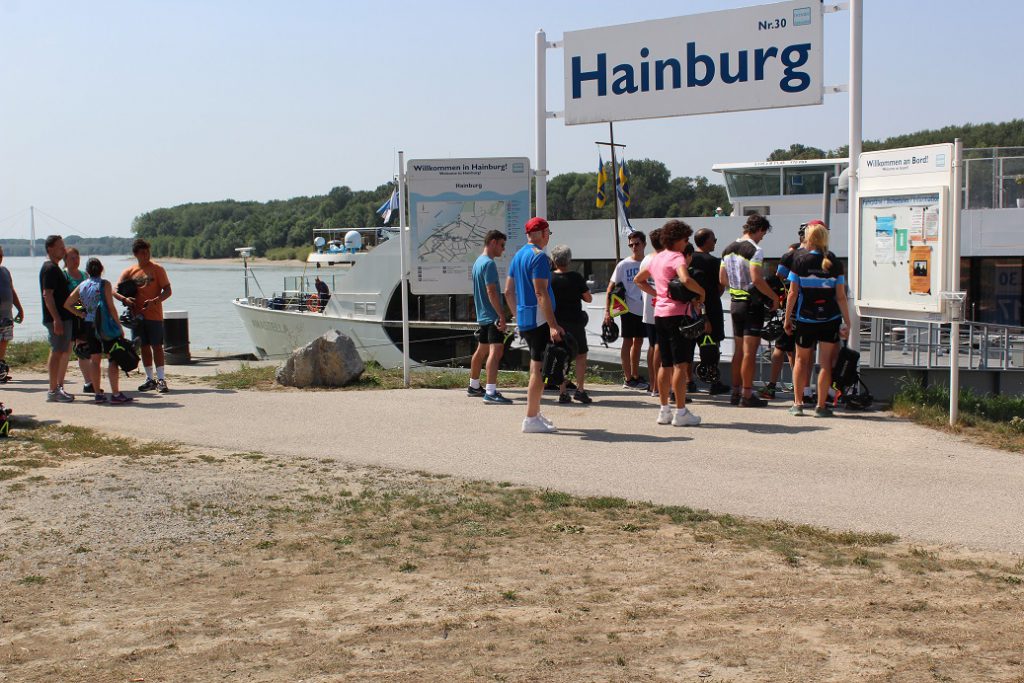 AmaWaterways, for one, has made an effort to attract younger cruisers with a fleet of complimentary bikes onboard its European trips, as well as new escorted bike tours, hikes and other excursions designed for “gentle walkers” and others that might cover more ground on foot. There are also cabins that sleep three to encourage family travelers.

“I’ve signed up for every active one they have offered,” Peter Laws, from southern England, told me on a bike ride around Linz. The beauty of such a trip, he said, was that his wife could enjoy less vigorous excursions.

“We’ve seen steadily increasing demand from passengers for more active excursions,” said Kristin Karst, AmaWaterways’ executive vice president and co-owner. In fact, on our trip, some of the bike tours attracted 15 people or more. Karst noted that the company has now begun introducing  a Wellness Program with as many as six classes daily.

“Perhaps the biggest foray into the younger river cruise market is U by Uniworld, a  less expensive line aimed at travelers between 21 and 45 that’s launching next year. The ships will have all the features that appeal to that demographic, including nighttime trips to local trendy restaurants and bars; craft cocktails, DJs and a “silent disco” onboard,” said Chris Gray Faust, Senior Editor at CruiseCritic.com

River cruising has become increasingly popular. According to the Cruise Line International Association, there are now 184 river ships with 13 new ones rolling out this year and 18 more ordered. Another 26 new ships have been ordered for 2018. It shouldn’t be a surprise that families are looking for a new way to travel and that river cruise companies are responding with more family sailings.

Next year, Adventures by Disney will have 10 Rhine sailings and six Danube sailings aboard AmaWaterways ships and Backroads will have six for active families, three for those with younger kids and three for those with older teens and twenty-somethings. Backroads limits its group to 30 among the 150 or so passengers, offering separate biking routes and walking tours; Adventures by Disney charters the entire ship, offering special family activities and excursions (think zip-lining above the Black Forest, visiting a local apricot farm or touring a medieval castle with Disney Adventure Guides, who sweat all the details.

Tauck Bridges continues to add family river cruises, including this year on the Seine, as well as the Rhine, Rhone and Danube with immersive experiences all generations would enjoy — cooking classes, storytelling, learning medieval games at a palace, trying WWII radios on a visit to Normandy beaches. There will be 14 cruises next year.

And Uniworld River Cruises also has designated generations sailings for families (kids 4 to 17 are half off) on the Danube and Rhine, next year in northern Italy and France. We joined Uniworld on one of their first generations sailings — to explore Christmas Markets — and the families onboard were impressed by the special activities (make German pretzels! A talent show!), the extra staff to oversee the kids’ activities and designated family shore expeditions. (Visit a toy museum in Nuremberg! See if your family can win the GPS scavenger hunt! Shorter walking tours! Here is what I wrote about our experience.

“The best gift I can give my grandchildren is memories,” said Patti Kelly, an avid cruiser from Colorado. She and her son’s family, from Northern California, gave that Uniworld family cruise a decided thumbs up, especially the opportunities for them to make friends with kids who live half a world away.

And with concerns about terrorism in major cities, river cruises tend to stop in smaller places. There’s no packing and unpacking, meals and activities are included. Be forewarned, however, that if you have kids, teens or twenty-somethings with you, they may not find many people their age, if it isn’t a designated family sailing or one designed for older kids, as Backroads offers. (Read my trip diaries about our river cruise adventure at ttk-old.o2dev.net.) This can be a good trip to invite another family with a similar traveling style or extended family!

These trips don’t necessarily come cheap — some of the family trips can be close to $6,000 a person while simply booking a river cruise on a comparable ship can be had for a third of that price, with the right deal.  According to CruiseCritic.com.   a typical river cruise costs about $500 to $700 per person per day.

. Sometimes airfare is included. (For example, book a 2018 Uniworld Europe cruise by the end of September and air will be included.) Sometimes for a grandparent traveling with the family, a single supplement will be waived.  Use Cruise Critic’s Find A Cruise tool to compare costs across itineraries, seasons, lines, etc. – just choose river cruises under “Cruise Style,” and whatever other variables you’re looking for: https://www.cruisecritic.com/cruiseto/

Meanwhile, I didn’t meet anyone aboard the AmaStella who wasn’t happy — even Josh Blumental, who acknowledged that he’s the kind of traveler “who likes to go without an itinerary and wing it.” “But,” he added, looking at his family, “it’s impossible to wing it with kids.”